Millions converge on Mecca for annual pilgrimage, but Iranians are absent and fears linger of repeat of last year’s deadly crush 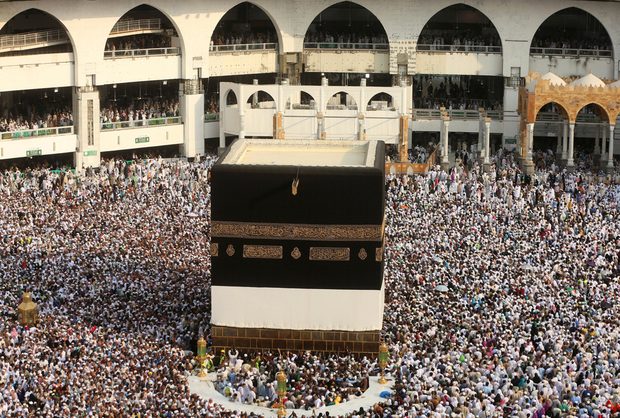 Close to two million pilgrims have converged on western Saudi Arabia for the annual hajj where new measures aim to prevent a recurrence of last year’s stampede which killed around 2,300.

The stampede legacy has contributed to renewed tensions between Saudi Arabia and its regional rival Iran, which is not sending pilgrims for the first time in nearly three decades.

While the main rites of the six-day event begin on Saturday, pilgrims have already been swirling around the holy Kaaba at the Grand Mosque in Mecca, in a procession that continues day and night.

It is one of the first rites of the pilgrimage, which is among the largest religious gatherings in the world.

The hajj is one of the five pillars of Islam, which capable Muslims must perform at least once, marking the spiritual peak of their lives. 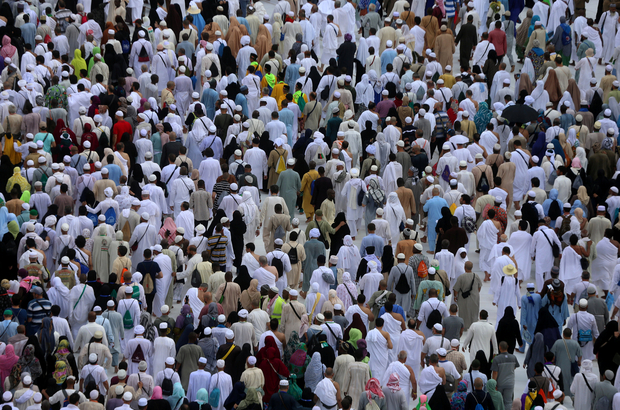 “I feel no fear at all,” said Adil Abdulrahman, a British pilgrim confident that authorities have tried to make the faithful feel safe.

A Nigerian visitor, Lawan Nasir, 45, said the loss of a cousin in last year’s stampede did not stop him from coming.

“The pains have not dulled a bit,” he told the AFP news agency, but added it would be “silly” to stay away.

“Death will come when it will come and nothing can save one from its claws.”

In one of several safety measures implemented after the stampede, access to the Kaaba – a black cube that Muslims across the globe face while they pray – is suspended during prayers, and the walk around it is stopped to avoid overcrowding.

The Saudi Gazette on Friday quoted mosque officials as saying the circumambulation area has been expanded to hold about 30,000 pilgrims an hour, up from 19,000.

Security has also been reinforced around Islam’s holiest site, with officers in red berets and camouflage uniforms manning green plastic barricades to control the crowd.

During the main weekly Friday prayers, the white-clad throng made the area around the Kaaba resemble a snow-dusted field from above.

A helicopter flew overhead and main roads in the city were shut to allow hundreds of thousands of pedestrians access.

With temperatures of 43C as they marched, some pilgrims seemed faint. They carried water and tried to help each other under the unyielding sun. 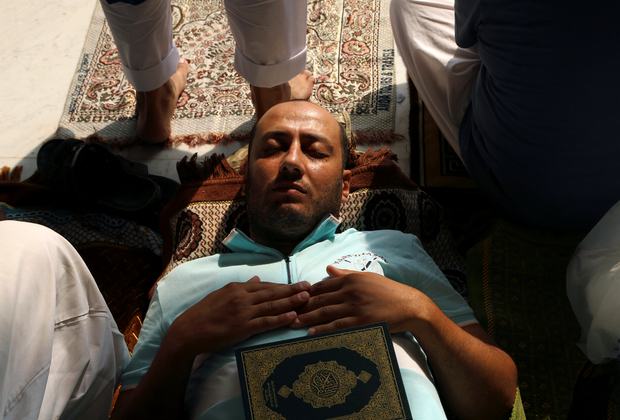 A pilgrim rests with a Quran during the hajj (Reuters)
The kingdom has begun issuing pilgrims with identification bracelets, after some foreign officials expressed concern about difficulties in identifying the stampede dead.

Each bracelet carries a bar code readable by smartphone. It indicates the pilgrim’s identity, nationality, place of lodging in Mecca, as well as other information, the vice secretary of the ministry of hajj and umrah, Issa Rawas, told AFP.

“The aim is to equip all pilgrims” from abroad, who are expected to number more than 1.4 million, he said.

Local media say more than 300,000 faithful from inside Saudi Arabia are also expected.

Zakou Bakar, 50, a pilgrim from Niger, said the bracelet was reassuring.

“If I die or if there are problems – of course we hope not – but if it does happen I know I will be identified,” he told AFP.

Jane Kinninmont, the deputy head of the Middle East and North Africa programme at Chatham House, a London think-tank, said the stampede exposed “clearly some big organisational failings, to say the least”.

There was also “an absence of real transparency” about what went wrong, she said.

Saudi Arabia also has an economic stake in pilgrims.

As part of efforts to diversify its oil-dependent economy, it wants to foster a year-round religious tourism sector relying on those who perform the umrah, or lesser pilgrimage, at any time of the year.

It targets 15 million umrah visitors annually by 2020, up from six million.

Absent from this year’s hajj will be tens of thousands of Iranian pilgrims after talks between Tehran and Riyadh on logistics and security fell apart in May. 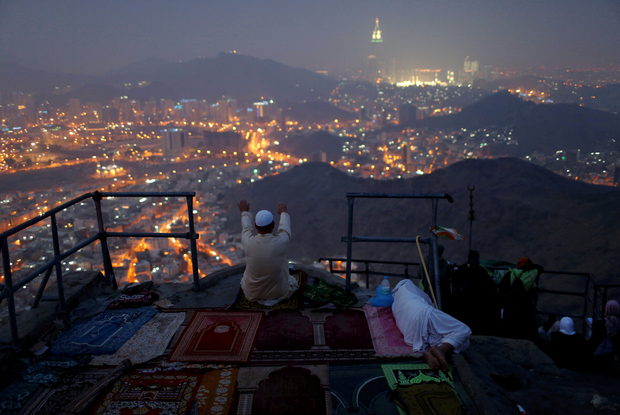 A pilgrim on Mount al-Nour during the hajj (Reuters)