Maternal Mortality a Growing Threat in the US 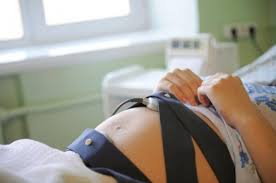 Each year, over 65,000 women in the United States suffer life-threatening complications, including physical and psychological conditions aggravated by pregnancy, and over 600 die from pregnancy related causes. Elizabeth Dawes Gay reports the vast impact of the health care system collapse on rural areas, and the racial disparity underlying the United States’ maternal health crisis. African-American women are three to four times more likely to die from pregnancy-related causes. Health officials report the state of Georgia to have the highest rate of maternal deaths and significant racial disparity.

Women’s Policy Inc. organized a briefing on April 13, 2016 for US maternal mortality experts to address problems and present solutions to a panel of congressional staffers, federal employees, and women’s health advocates. “The U.S. is the only nation in the developed world with a rising maternal mortality rate,” stated Rep. Lois Capps at the briefing. The Congressional Caucus on Maternity Care addresses the lag of United States birth outcomes behind other developed nations.

Dr. Keisha Callins identified issues including “provider shortages, lack of physical access to care, low education attainment, poverty, poor access to healthy foods, neighborhood violence, and stress,” that factor into the rise of the maternal mortality rate. The prevalence of C-sections is another factor in increasing maternal mortality. The World Health Organization recommends a rate of 10-15% C-section deliveries, less than half of the current rate of C-sections in the US.

Gay describes a maternal safety bundle initiative that relies on community health centers to play a larger role in providing care, and illustrates the partnership among medicine, policy, and public health in order to attain progress on maternal health.

Few sources cover news on maternal mortality in the US. One article from corporate media—published in May 2016 by the Washington Post—addressed the high death rates among American women resulting from pregnancy, which has prompted a national prevention campaign to avert such deaths.