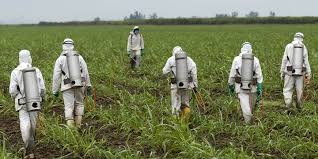 Monsanto misled the public into thinking its pesticides are safe and do not cause cancer when it knew that it does, Sharon Lerner from The Intercept reported on May 17, 2016. As of April 2016, John Sanders and Frank Tanner are suing Monsanto because the company did not conduct the necessary tests on the “inert” ingredients in Roundup, a Monsanto product that kills weeds. One such ingredient is polyethoxylated tallowamine, or POEA.

Although POEA is toxic, the Environmental Protection Agency has not evaluated its dangers because it is not officially an active ingredient. According to the lawsuit, by labeling POEA as an inert ingredient, Monsanto intentionally mislabeled dangerous chemicals in its products, thereby endangering the public.

Farmers and landscapers who use Monsanto’s Roundup product would benefit from the suit filed against Monsanto because they would no longer be exposed to the harmful chemicals in the product.

This story has gotten some corporate news coverage, but it has not been adequately covered. A review of recent news coverage found just one article that addressed a ban on POEA, published in June 2016 by the Wall Street Journal. In that article, Gabriele Steinhauser reported that the European Commission had proposed a ban on POEA and recommendations on minimizing its use. However, the Journal did not cover the suit that Sanders and Tanner filed against Monsanto for failing to conduct studies on the safety of POEA, and it failed to report that Monsanto mislabeled POEA as an inert ingredient.