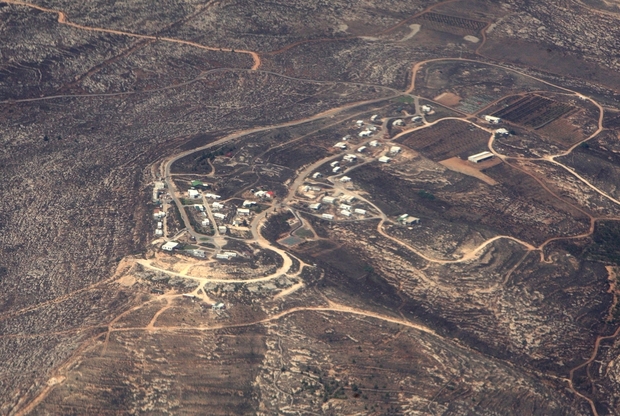 Israel will carry out a court order to demolish the illegal Jewish settlement of Amona in the occupied West Bank by the end of the year, Defence Minister Avigdor Lieberman said Thursday.

However, a proposed plan to simply move the settlement to a nearby location has raised international concern.

“I have said before and I say again to the settlers of Amona, there is a judgment of the (Israeli) supreme court and we shall honour it,” Lieberman said at a Jewish school in the occupied West Bank on the first day of the new school year.

Amona, home to about 40 families, was built on lands privately owned by Palestinians, who successfully petitioned Israeli courts for the outpost’s removal.

After repeated delays, the supreme court ordered the settlers’ eviction and the demolition of their homes by 25 December this year.

“We proposed a lot of alternatives and I hope we can find an option that the Amona settlers will also accept,” Lieberman said on Thursday.

The United States has said it is “deeply concerned” by the relocation plan.

Washington issued a fresh rebuke Wednesday over what it said was Israel’s accelerated settlement building, in the face of mounting international concern.

“This significant expansion of the settlement activity poses a serious and growing threat to the viability of a two-state solution,” President Barack Obama’s spokesman Josh Earnest said.

“We are particularly troubled by the policy of retroactively approving illegal outposts and unauthorised settlements,” Earnest added.

There has also been much international concern over Israel’s plans to raze the tiny southern West Bank village of Susiya, which it says was put up without Israeli permission.

Nickolay Mladenov, the UN coordinator for the Middle East peace process, made specific mention of it in a report Monday to the Security Council.

“It is sandwiched between a settlement and an outpost,” he said. “The demolition of this community would set a dangerous precedent for displacement.”

The village has been torn down before and its homes are mainly tents, caves and makeshift structures, along with a children’s playground. The United States and European nations have urged Israel not to move ahead with demolition.

“The place has suddenly become a point of dispute,” the ultra-nationalist Lieberman, himself a settler, told the pupils, in recorded remarks distributed by his office.

“The European Union, the USA, I get messages from all over the world. Everybody has discovered Susiya,” he said.

He said that in the same way he would obey court orders to tear down Amona he would do the same with regard to unauthorised Palestinian construction in Susiya.

“I think that the world, especially the free world… needs to respect our judicial system and it cannot be that it demands one thing of the Amona settlers and something else regarding what happens in Susiya.”

He said that he had agreed to postpone demolition at Susiya pending examination of alternatives for its approximately 300 residents.

“I was asked to come up with a plan and there will be a hearing in the supreme court,’ he said.

“We agreed to postpone a decision on Susiya for three months,” he added. “There too we shall search for alternatives and solutions.”