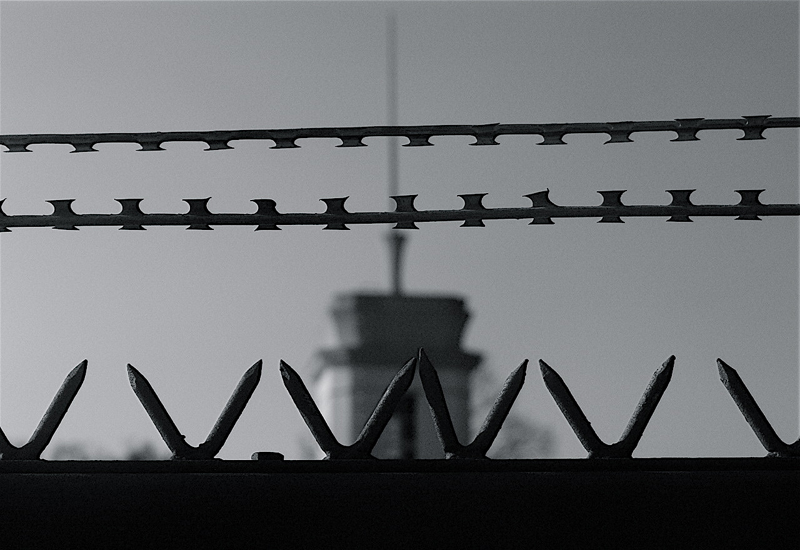 SAN JOSE, California (WOMENSENEWS)— On April 21 Mara Plascencia was in the shower when she says she noticed the feet of another prisoner flapping in the stall next to her.

“I didn’t think twice and just grabbed a towel to wrap myself in and tried to help the woman,” says Plascencia, 33, who spoke recently by phone.

She says a prison guard at the California Institution for Women was already trying to help the woman and that she worked with the guard to loosen the noose around the woman’s neck.

Plascencia says she then helped the guard carry the woman, Kathy Auclair, out of the shower and continued assisting her as she regained consciousness.

Plascencia, who has been in prison for 18 years, says she had every reason to believe prison authorities might reward her for her good deed. “That night I was taken into the program office where I told the lieutenant on duty what I witnessed and he said that I would get a good write up for helping the other prisoner,” she says.

Instead, the next day she was put in solitary confinement and told she was a “possible suspect” in the case of the woman attempting suicide. “I was told that I was going to being investigated for suspicious criminal activity,” says Plascencia.

“I couldn’t believe it, this is how I was going to be treated for helping save someone’s life,” she adds.

She stayed in solitary confinement for almost two weeks.

The California Institution for Women, or CIW, has been gaining a reputation for high suicide and attempted suicide rates and a lax approach to prisoners’ mental health.

The suicide attempt by Auclair, the woman Plascencia says she helped that day in the shower, is one of at least 11 at the facility between January and July of this year, according to the California Department of Corrections and Rehabilitation, the state prison authority.

By June 1 two women had committed suicide there. There were two suicides and 23 suicide attempts at the CIW in 2015, says Vicky Waters, the Correction Department’s spokesperson, who was reached by email.

Waters did not comment on the cases of either Plascencia or Auclair, citing privacy requirements. “Specific information on patient’s medical records… is protected under the federal law HIPAA,” Waters says, referring to the Health Insurance Portability and Accountability Act.

Colby Lenz, a legal advocate with the California Coalition for Women Prisoners, says she understands there were other women in the shower at the time of the suicide attempt and that a prison guard was already at Auclair’s side before Plascencia started helping. Given that, she says, there really should be no doubt that Plascencia was trying to save Auclair and not do anything for which she deserved punishment.

Lenz and other advocates are calling for California Gov. Jerry Brown and a State Senate committee to investigate the conditions leading to the suicides and attempts at CIW.

“We investigate suicides and suicide attempts thoroughly, and if other inmates are identified during the investigation, they may be temporarily re-housed in the Administrative Segregation Unit to protect the integrity of the investigation,” says the Correction Department’s Waters.

Officially, solitary confinement is called the Secure Housing Unit, or SHU, but prisoners call it “the hole.”

Plascencia says other women at the prison will note what happened to her.

“I don’t regret helping Kathy but after I was sent to the hole I can tell that other women in here [CIW] are afraid to help stop someone who is trying to kill themselves,” she says. “That’s really a shame because we really only have each other.”

Arlene Begum is Plasencia’s 22 –year-old sister. “Instead of being recognized as a hero for saving Kathy’s life she was thrown into the hole,” says Begun, who spoke by phone, “This sends the wrong message.”

Plascencia says she was angry for weeks after the incident. “I kept wondering if Kathy died after I tried to save her,” she says, “I feel like they were trying to blame me for it.”

Plascencia had a brief opportunity to meet and hug Auclair after she was released from solitary. “She just said thank you and was very grateful,” Plascencia says.

Halima Kazem is an investigative journalist who writes about human rights and social justice issues in the United States and abroad. She spent 10 years reporting on the war and rebuilding efforts in Afghanistan. Her work has been published in the Los Angeles Times, the Guardian, Al Jazeera America, the San Francisco Chronicle and the Christian Science Monitor. She is the author of a children’s book, the co-producer of a documentary film about the first woman who ran for president in Afghanistan and a journalism lecturer at San Jose State University.