I Talk To Strangers: The badge campaign encouraging humans to actually engage with one another 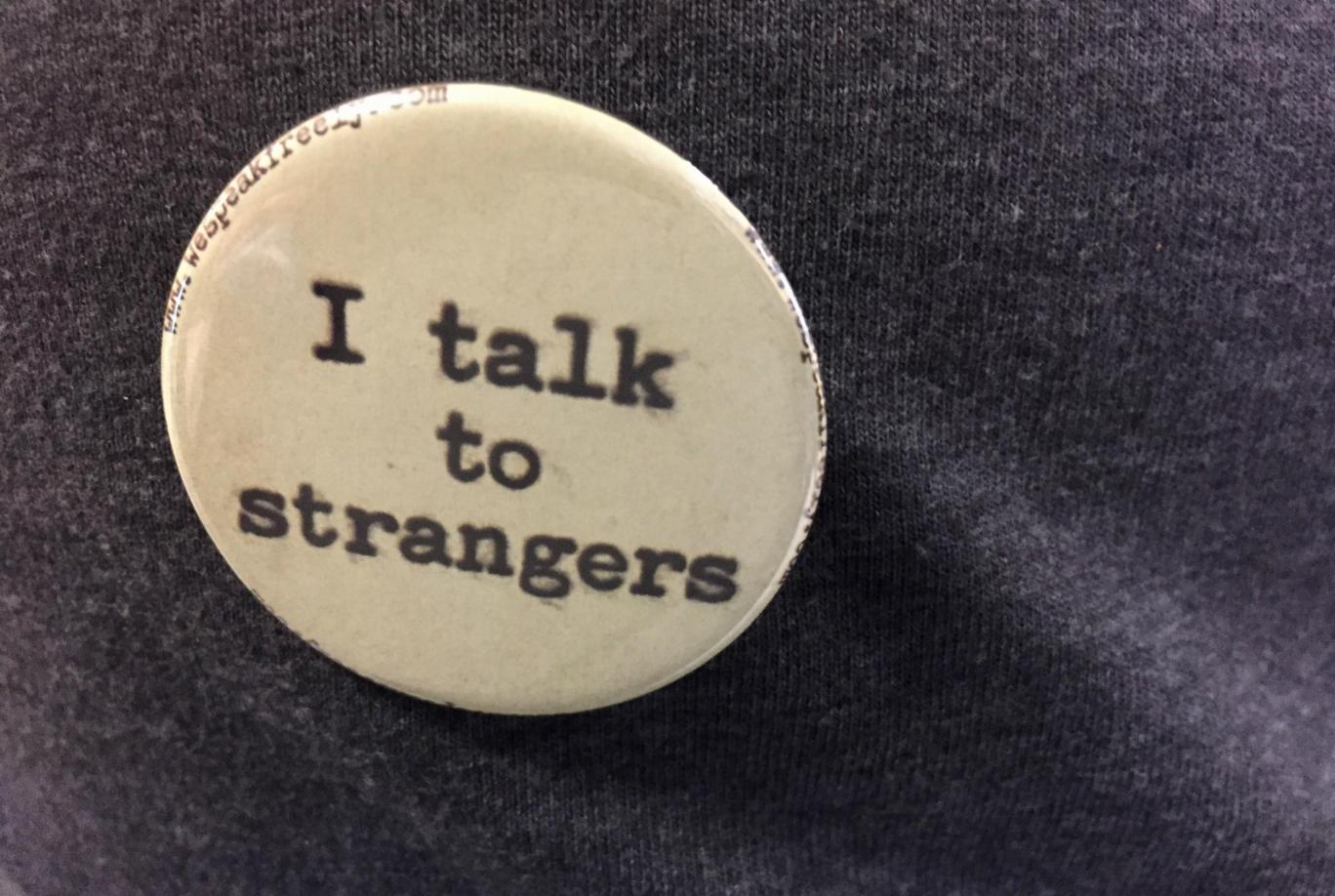 ‘Wear it when you feel like it, smile and be open, without expectation, and you will meet endless interesting and diverse people’

The silence. It pervades public spaces in London perhaps more egregiously than anywhere else in the Western world. A city full of people, many lonely, many turning to apps to meet other humans, and yet unable to have a little real-world conversation with one another, learn something new or just find out how each other’s day is going.

A couple of weeks ago at an award ceremony celebrating excellence in funerals (obviously), I got talking to artist David Blackwell, who is trying to address this very modern problem with a simple, humble but effective idea.

Over the past three years, he has been handing out badges emblazoned with the words ‘I talk to strangers’ – a way of letting people know you’re up for a chat. You don’t have to wear it. If you feel unsafe or just like being private that particular day, you take it off.

“One day sitting on the Tube, I was struck when I returned from travelling at the silence and cold, active ignorance of each other in London,” David told me. “Having met countless fascinating people on the road, I knew the same opportunities lay around me now as then. 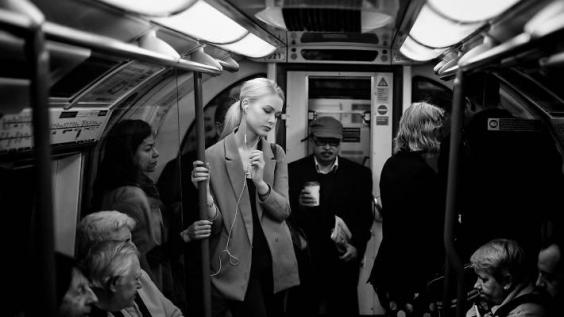 A typical Tube scene, captured by photographer Alan Schaller
“Sitting there mulling it over, I realised that even if other people did want to talk, we were invisible to each other, as silent as is expected. “So, rather than declaring my desire to talk to people, and risk imposing upon them, I’d invite others to talk to me by making my consent noticeable. The badge was an easy way to do so.

“Without wanting to become a subculture, the simple statement of ‘I Talk to Strangers’ makes you approachable without asking anything of the people around you.

“Wear it when you feel like it, smile and be open, without expectation, and you will meet endless interesting and diverse people. I have, and so have the wearers of thousands of badges over the last few years.”

Handing these badges out on the Tube, David has started countless conversations between people that have continued after some people left and new people joined. In Amsterdam, he got talking to another traveller and ended up hanging with them all night, the companion winding up tattooing locals they met via the badge. 15 minutes after sitting by a canal for a cigarette wearing the badge, he had started an hour-long conversation between his friend who was walking past, two girls on their way to a night out, a gentleman who was walking past with a harmonica and two more strangers. One night saw half a pub get talking after a bunch of badges were left on the bar. 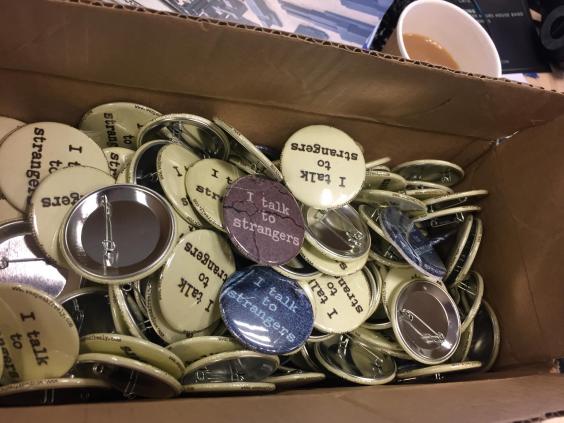 “The idea is that, when you talk to a stranger it is an unexpected reminder of how great moments can come out of nowhere, and a chance to share a moment of feeling, or understanding – you’re never going to see each other again, and you have no history, so you can be as authentic and open as you feel to be,” he explained.

“This space of free communication is especially powerful in a global city: any tube train in London contains a cross section of the world, as does any major street or public space. We have one of the world’s biggest melting pot of diverse perspectives, sitting side by side in silence. If they were given space to communicate freely, the potential to break down boundaries between demographics would be fantastic.

“Thus, I hope that this serves as a simple tool, for personal empowerment, a fuller life, and a catalyst for social change.”

David, who has just set off travelling, hopes to soon set up a website where people can easily order the badges from a manufacturer in their country. Until then, he mailed me a box of them which I’m more than happy to dish out if you’d like one. Get me at @christophhooton (update: not-for-profit buy link here)