Gabon: France calls for calm after 50 years of support to the Bongo regime

September 3, 2016February 23, 2021 by Milena Rampoldi
by Survie, 1/9/2016. Translated by
Jenny Bright, Tlaxcala
Voting
for the presidential election in Gabon took place on Saturday 27th
August. While Ali Bongo seems to have lost the election, according to
results produced by the opposition at the exit polls, he decided, as in
2009, to impose himself by force. Since Wednesday evening, various
events were violently suppressed by military and police forces. If the
death toll is impossible to determine at this time because of movement
restrictions coupled with Internet blackouts, it turns out that Ali
Bongo doesn’t just use to tear gas but orders to use live ammunition as
well as heavy weaponry, shooting from helicopters. -As I said, in Gabon, in Chad, in the Ivory Coast, in Djibouti, in Senegal… Franceafrica is over! What do you say to that?
– Yes, our Master!
-That’s OK then!

The French government today called for an end to the violence, and
the publication of results office by office, taking a supportive stance
on democracy. Survie recalls that France has supported, for 50 years and
until today, the Bongo clan system. Already in 2009, Ali Bongo could
never have succeeded in gaining power without the zealous involvement of
various French actors [1].
France continued to support the regime, granting it numerous instances
of diplomatic recognition (receptions at the Elysee, visits from French
ministers). This support is expressed mainly via military and security
cooperation with the Gabonese army and police, the very ones who
currently kill Gabonese civilians. In 2014, the French Government
boasted of having trained 4000 Gabonese military, who mainly use French
equipment.

Even today, many French volunteers are present within the Gabonese
security forces, including from the presidential guard, keystone of the
security system of the ruling clan. The commander of the Gabonese
national police, Jean-Thierry Oye Zue announced this morning to AFP that
over 200 people have been arrested since last night. This commander is,
for example, even today, assisted by a special adviser who happens to
be a French police commander, Christophe Blu. Moreover, according to
some reports, the Gabonese army currently uses French weapons, including
Famas assault rifles, to shoot Gabonese civilians.

As Survie highlighted in its report “Elections in Franceafrica”,
published in April 2016, French support was maintained even though many
elements had indicated an armed recovery of the regime for several
years (recruitment in the police and the army on an “ethnic” basis,
weapons purchases, etc.), which intensified with the approach of the
presidential elections.

Survie, in recent weeks, has also repeatedly questioned the government
on the increasing repression of opposition activists by the regime, as
well as numerous cases of arbitrary arrests [2],
and warned against the risk that Ali Bongo is again trying to force his
way into power with this new election. France has never condemned this
repression, nor suspended military and security cooperation as we have
asked for many times.

“Unconditional partner of the Bongo regime for 50 years, French
diplomacy, which is notable for its silence on other renewal polls of
dictatorial regimes in recent months (Djibouti, Congo, Chad) can hardly
appear both as an advocate for vice and for virtue” declared Thomas Bart, spokesman for Survie. “The
current diplomatic gestures remain only opportunistic posturing as the
French government will not announce the shutdown of its military and
police cooperation, which it should have done long ago“. 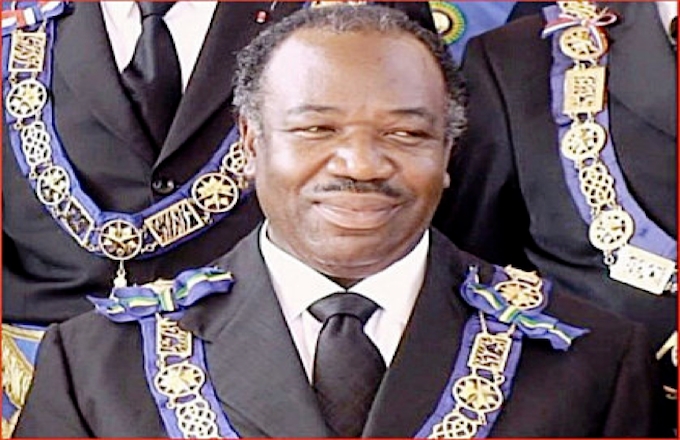