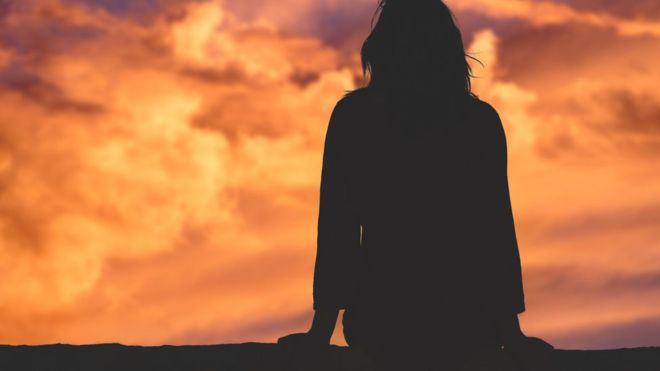 The failure to successfully prosecute a single case of female genital mutilation (FGM) in the UK is a “national scandal”, the Commons home affairs select committee has said.
In a report, the MPs said it was “beyond belief” that no-one had been convicted of FGM, 30 years after the practice was made illegal in the UK.
It said the duty to report FGM “must be enforced with stronger sanctions”.
The Home Office said it was tackling FGM by strengthening the law.
The Crown Prosecution Service (CPS) said it was “determined to hold those responsible [for FGM] to account”.
Only one FGM prosecution has been brought to trial since 1985 and both defendants in that case were cleared last year.
‘Barbaric’
The committee said the poor record on prosecutions and convictions would “deter those brave enough to come forward” to report FGM and “result in the preventable mutilation of thousands of girls”.
The scale of the problem remains unknown because of a lack of reliable data, but the government estimates 170,000 women and girls in the UK have undergone the procedure.
The first ever recorded figures for FGM, reported in July, showed that between April 2015 and March 2016 there were 5,702 new cases in England.
Most of the women and girls were born in Africa and underwent the procedure there, but at least 18 were subjected to FGM in the UK.
Wales, Northern Ireland and Scotland have not collected any figures on FGM.

Minister for Safeguarding, Vulnerability and Countering Extremism Sarah Newton said: “This government is clear that FGM is a barbaric form of abuse that has absolutely no place whatsoever in a Britain that works for everyone, and the criminals who perpetrate it should be brought to justice.
“That’s why we are taking world-leading action to tackle FGM by strengthening the law to improve protection for those at risk and remove barriers to prosecution.”
She said government action had included introduction of FGM protection orders, a new offence of failing to protect a girl from FGM, a mandatory reporting duty for front-line professionals, new guidance for police and lifelong anonymity for victims.
“We welcome the report and will carefully consider the recommendations before responding in due course,” Ms Newton added.

Female genital mutilation
Includes “the partial or total removal of the female external genitalia or other injury to the female genital organs for non-medical reasons”
Practised in 29 countries in Africa and some countries in Asia and the Middle East
An estimated three million girls and women worldwide are at risk each year
About 125 million victims estimated to be living with the consequences
It is commonly carried out on young girls, often between infancy and the age of 15
Often motivated by beliefs about what is considered proper sexual behaviour, to prepare a girl or woman for adulthood and marriage and to ensure “pure femininity”
Dangers include severe bleeding, problems urinating, infections, infertility and increased risk of childbirth complications and newborn deaths
Source: World Health Organization
horizontal line
A CPS spokesman said: “Prosecutors work closely with police, offering advice on their investigations, but when a case is referred to the CPS a prosecution can only be brought where there is sufficient evidence.
“Factors such as the age and vulnerability of FGM victims, who frequently do not want to report offences that could lead to them giving evidence against their family, make it extremely difficult to secure this evidence.
“We welcome the strengthening of the law last year to encourage more victims to come forward.”
‘Lifelong consequences’
The committee called on the government to adopt a “more sophisticated, data-driven approach to eradication”, to include direct engagement with those at-risk or affected, and better intelligence for Border Force officers to help them target people taking girls abroad for FGM.
Interim committee chairman Tim Loughton said: “FGM can leave women and girls with significant lifelong health and psychological consequences. We intend to continue to draw attention to this horrific crime to improve the safeguarding of at-risk girls.
“We are dismayed that there have been no convictions for FGM-related offences. When we next review FGM, the new laws against the practice will have bedded in and we expect to see a number of successful prosecutions.
“We welcome many of the steps that the government has taken to prevent FGM and our report calls for that work to be enhanced and strengthened.”