Brexit may cause endless queues at Calais, but it won’t halt the migrant crisis

Only if European, US and Russian leaders wind down the Syrian civil war will the flow of refugees begin to ease 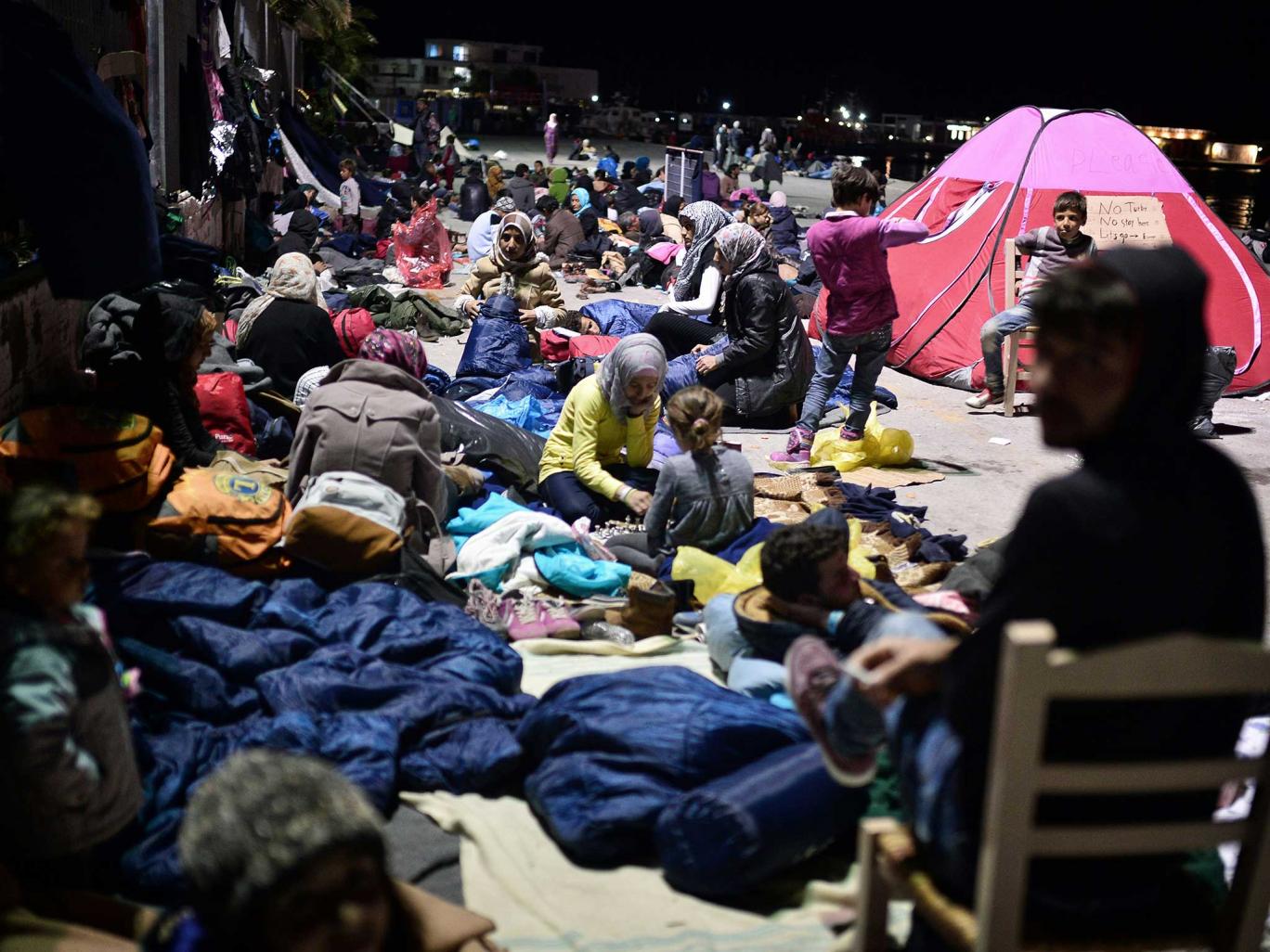 Refugees prepare to sleep at the port in the Greek town of Chois AFP/Getty
Top of the EU and British agenda is the issue of controlling external borders. Britain now takes in more non-EU than European migrants and if the new Home Secretary, Amber Rudd, really wants to reduce numbers coming into the UK she needs to look beyond Europe.

In Greece and Italy authorities are at breaking point. If a deal with Turkey slowed down access from Turkish coastal regions, the refugees and economic migrants helped by their travel agencies – denounced as people traffickers, but simply providing a service for money – will move to Libya. There the destruction of the state in 2011 following British and French intervention has opened a 1,100 mile breach in the previously well-patrolled southern frontiers of the Mediterranean.

The crisis over the so-called Calais “jungle” is not new, nor is the wider political turbulence over Angela Merkel’s Wir schaffen das opening of German borders to refugees concentrated in holding camps between the Middle East and the Alps. Extending the current security fence to discourage (but not prevent) people from jumping lorries will make little difference until the source of refugee flows is dealt with.

Merkel’s generosity over refugees cost her seats in the East German Land election earlier this month but the Social Democrats and Greens also lost to the anti-refugee Alternative für Deutschland populists. She has since made clear she is not going to create a Festung Deutschland or refuse to allow refugees to enter Germany.

The first Wir schaffen das European leader was, in fact, Edward Heath. In the early 1970s he defied public, tabloid and political opinion and opened Britain’s borders to let in 103,000 Muslim immigrants seeking to flee the horror of Idi Amin’s rule in Uganda and other East African despots. Some of the stars of British public, media and business life today are the sons and daughters of that wave of immigrants. Heath took the decision against much of public opinion and against the Nigel Farage or Boris Johnson of the day – Enoch Powell.