What the law says on indecent behaviour in public 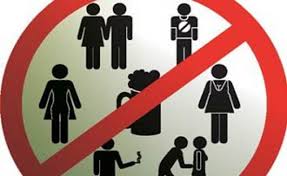 Deportation order becomes compulsory when a suspect commits a crime against someone’s privacy, honour or dignity

Article 121 of the amended Federal Penal Law No. 3, 1987, says it’s up to a judge’s discretion to order the deportation of any expatriate who is jailed for a crime or misdemeanour.

A deportation order becomes compulsory when a suspect commits a crime against someone’s privacy, honour or dignity. According to the same Article, a court can instantly deport a suspect in a misdemeanour crime instead of a jail sentence.

The fifth section of the same Law concerning crimes against honour and dignity, Article 358, stipulates that a suspect who commits an indecent gesture in public faces a minimum of six months in jail, and any suspect who breaches the privacy, honour or dignity of a minor under the age of 15, in public or in private, faces minimum one year in jail.

Flashing a middle finger, scratching or touching one’s private parts in an unacceptable and indecent manner before others, urinating, exposing private parts, showing private parts to surveillance cameras, showing affection or exaggerated intimacy, having or being involved in any form of sexual activity in public (in any open place such as the beach, in a car, in a public toilet) or pecking someone’s cheek or kissing are acts that are, in most incidents, deemed as public indecency.

Those who are charged with committing an indecent act in public are referred to the Dubai Misdemeanour Court. They could face between one month and a maximum of three years in prison. Yet punishment is often decided at the judge’s discretion.