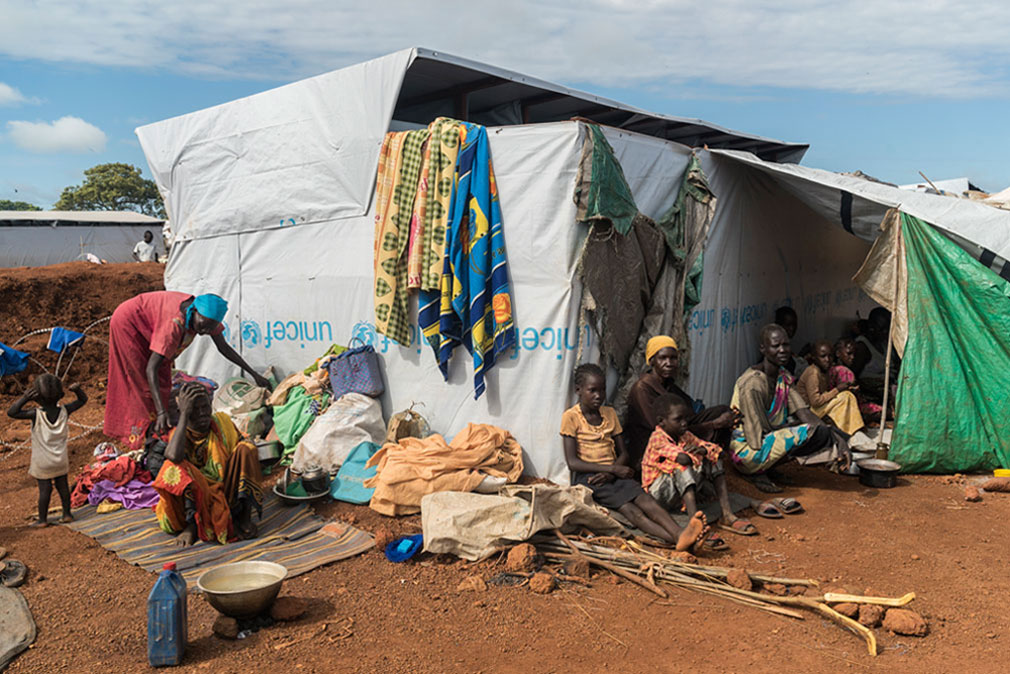 7 August 2016 – Welcoming the Government of South Sudan’s acceptance of a regional protection force to help quell the ongoing violence in the country, United Nations Secretary-General Ban Ki-moon today called on all South Sudanese parties to uphold their responsibility to protect civilians and to demonstrate their commitment to a peace agreement, “the only viable path” out of the crisis.

In a statement issued by his spokesperson, the Secretary-General welcomed the communiqué of the Heads of State and Government of the Intergovernmental Authority on Development (IGAD) Plus countries, which proposed the deployment of the force, agreed at a regional meeting in Addis Ababa, Ethiopia. Media reports suggest IGAD leaders’ aim is for the force to help shore up South Sudan’s year-old peace deal.

“He commends the IGAD leaders for their decisive action and welcomes the Government of South Sudan’s acceptance of a regional protection force,” the statement continued, adding that Mr. Ban called on all South Sudanese leaders to set aside their personal differences and demonstrate their commitment to the implementation of the Agreement on the Resolution of the Conflict in South Sudan, “which remains the only viable path to ending the crisis.”

The decision by IGAD, the East African bloc which has been working along with the wider African Union (AU) to address the crisis, comes after deadly clashes in South Sudan between rival forces – the Sudan People’s Liberation Army (SPLA) loyal to President Salva Kiir and the SPLA in Opposition backing First Vice-President Riek Machar – erupted in and around the capital, Juba, on 7 July, close to the fifth anniversary of the country’s independence.

UN compounds and civilian protection sites managed by the UN Mission in South Sudan (UNMISS) were attacked during the fighting, and, according to the High Commissioner for Human Rights, Zeid Ra’ad Al Hussein, a preliminary UN investigation into the recent fighting and its aftermath revealed that Government security forces carried out killings and rapes, and looted and destroyed properties.

Wrapping up a three-day Mission to the country late last week, UN Emergency Relief Coordinator Stephen O’Brien voiced his serious concern at the humanitarian situation, particularly the violence against civilians, as well as attacks against aid workers, which he said is hampering efforts to respond to the needs of the people affected by the fighting.

The young country has faced ongoing challenges since a political face-off between the two leaders erupted into full blown conflict in December 2013. The crisis has produced one of the world’s worst displacement situations with immense suffering for civilians. Despite the August 2015 peace agreement that formally ended the war, conflict and instability have also spread to previously unaffected areas in the Greater Equatoria and Greater Bahr-El-Ghazal regions of South Sudan. This past month, deadly clashes in Wau resulted in the deaths of more than 40 people, while up to 35,000 fled their homes.

Today’s statement stressed that the Secretary-General remains deeply concerned about the continued fighting in the country and called for an immediate end to the hostilities.

“He is outraged by the continued reports of serious human rights violations and abuses, including widespread sexual violence against women and young girls, committed by armed men in uniform,” said the statement, adding that Mr. Ban called on all parties to uphold their responsibility to protect civilians and demanded that they take immediate steps to hold accountable those responsible for these “despicable” crimes.

Finally, the UN chief in his statement reiterated his commitment to work with all South Sudanese, IGAD, the African Union and international partners, to implement the recommendations of the East African summit.