Three Things That Matter Most in Youth and Old Age 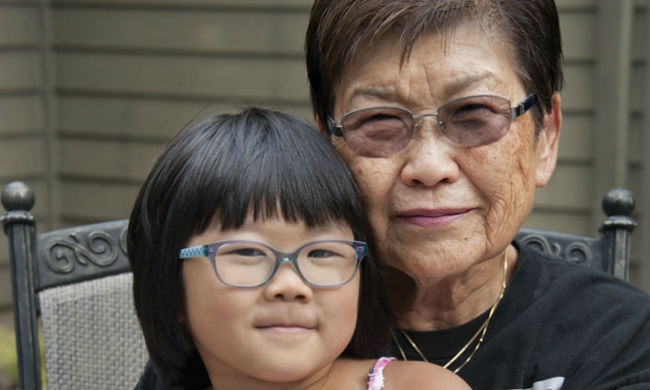 In a world that daily throws both curiosities and crises at us, it can be difficult to discern what is important. An unexpected event can render what matters today insignificant tomorrow. How do you keep perspective?

I turned to two groups—children under seven and adults over 70—to explore this question: What is important?

Children, I reasoned, have relatively little to clutter their lives, and in that simplicity they might be able to hone in on what really matters. Adults with more than seven decades of experience would have deep insight into what is most worthy of attention.

I expected to find patterns and did. What people left out was as telling as what they included. No one named prestige or individual success, and hardly anyone mentioned money.

And there was this surprise:

We live among such remarkable people, yet few know their stories.
When I began the project, I didn’t know enough people over 70 to create a body of work, so I put a notice in a senior newspaper requesting participants. The response was immediate. And amazing. I met two Holocaust survivors, a woman who had been imprisoned in a Japanese internment camp, a community health nurse who had worked with the Black Panthers, a man with an IQ in the genius range who spent his career working with special needs kids. I met a “Jane,” the name given to all women who worked with an abortion clinic in Chicago before Roe v. Wade, and I photographed a former attorney involved in legislation that allowed abortion under some circumstances for the first time. One woman ran her first half marathon at 79. One gentleman created one of Oregon’s first vineyards.

We live among such remarkable people, yet few know their stories. Why do we show such little appreciation for people beyond a certain age? Policy and decision makers rarely seek their advice. Their faces do not grace the cover of magazines. It is unlikely their stories will show up in a Google search.

I came away from this project with my own list of what’s important. At the top of that list is the importance of connecting with others in general, but in particular with those who have lived long lives. Do not let these people disappear quietly into their homes. Draw them out, engage them in conversation, and learn from them.