Tara Msiska: Journalism has the Potential to make a Huge Difference

August 6, 2016February 23, 2021 by Milena Rampoldi
by Milena Rampoldi, ProMosaik. In the following my interview with the journalist Tara Lighten Msiska. Tara Lighten Msiska is
a Law graduate and freelance journalist. The day she graduated from the
University of Edinburgh, she realised the world was a more challenging
playground than a courtroom, and also one that would satisfy her writing
addiction. She also writes for Cliterati and Career
Addict and
blogs here. Other publications she has written for include
Guerilla Policy, the Feminist and Women’s Studies Association, Fearless Press,
The F Word and The Quail Pipe. 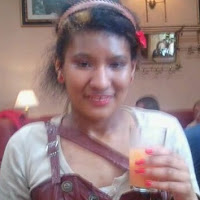 Tara Lighten Msiska: I’ve
never considered what I write to be feminist journalism, in the sense that I
don’t have an agenda. I’m just interested in reporting the facts. That said,
I’d consider feminist journalism to be journalism which exposse the truth about
issues which disproportionately affect women (e.g. domestic violence) and which
offers alternative theories to counter dominant views which promote sexism or denigrate
women. For example, media explanations of women engaging in activities as
diverse as casual sex and terrorism have a tendency to ascribe infantilising or
pathologising narratives on female, but not male, participants (‘promiscuous’
men enjoy sex; ‘promiscuous’ women are troubled, at risk or using sex to feel
wanted; male terrorists are politically motivated while female terrorists are
exploited or mentally ill). Young mothers, lone mothers and sex workers also
tend to be portrayed negatively or at best one-dimensionally. Feminist
journalism would- without sugarcoating or glamourising- go beyond tired
stereotypes of the high class happy hooker and the abused young drug addict.
Hopefully, feminist journalism would also question why the media capitalises
on, and indeed creates, disapproval of sex workers and of mothers of a certain
age or relationship status.


MR: Tell us about your work on austerity, and why it is so essential to
write about unemployed and disabled people.

TLM: It’s essential
because otherwise the experiences and oppression of members of our society who
happen to be currently unemployed or disabled would be ignored. Most of all by
our current government. Journalism has the potential to make a huge difference-
though I don’t feel that the media is living up to that potential. The media
can galvanise the public and civil society to put pressure on governments, but
inn Britain it’s almost as if the dynamic is reversed, with most of the
mainstream media taking the Tory stance and building on it. The suicides and
deaths caused by dangerous welfare reforms were not widely reported, nor were
the 590 additional suicides discovered by independent University researchers.
Demonstrations over austerity were also played down or reported in biased ways.
Hopefully, balanced journalism can help shed a little light on the truth-
though it’ll be a long road.
It’s also important to counter harmful
narratives of ‘scroungers’ in certain tabloids and the ever-growing voyeuristic
‘poverty porn’ on our TVs. 1994’s BBC Panorama programme ‘Babies on Benefits’,
which stigmatised lone (female, working class) parents was controversial at the
time.  But now the
situation is much worse with all benefits claimants seen as fair game. Worst of
all, as demonisation of benefits claimants- unlike prejudice against people due
to their race, gender or religion- isn’t subject to the watershed, children are
consuming this material.

MR: For me personally, journalism must be a journalism about human rights,
otherwise it would be an empty journalism. What do you think about it?

TLM: I definitely agree with that!

MR: What is your personal opinion about Brexit? What will change?

TLM: I think Brexit is
damaging to the UK’s economy, security and global influence. (I’m not saying it
necessarily leads to good results for the UK or anyone else when we exercise
diplomatic influence, but strategically it is stupid to give up one’s
influence).
The EU’s European Social Fund pays for public services
and also for services which benefit vulnerable, rural and disadvantaged
communities. As the government is committed to its policy of demolishing
welfare and healthcare provision, this gap will not be filled. So it’s likely
that financial. educational and health divisions between the priveleged and
less priveleged will increase. Basically, the Tory agenda has just been given a
speed boost.
The UK recieves intelligence from the EU’s
intelligence agencies, including INTCEN, SitCen, the EU Directorate of Military
Intelligence Staff, Europol and the Counter Terrorism Group. With this
intelligence sharing gone, it is likely that we will be more vulnerable to
Daesh/ISIS.
We also won’t be protected by the European Court of
Justice’s case law on human rights, which previously stopped families from
being torn apart and helped people who were discriminated against and unfairly
refused welfare or residency. The ECJ recently granted us the ‘right to be
forgotten’. This protection is unique to EU residents. It means that Google
can’t keep displaying  irrelevant ‘hits’ about you which are embarrassing or
harmful to your reputation. Though revenge porn (nude photos nonconsensually
published online, usually by an ex-partner) is now a crime, other harmful
Google hits are difficult or impossible to remove- even if, unlike
straightforward revenge porn, they’re libelous or affect your employment.
So, the upshot of it is that we’ll have less human
rights protection, be spending more on public services, have less
welfare-oriented services, and less global diplomatic influence. Britain will
rely ever more on the US and possibly NATO to fill the EU’s void. We will also
spend a lot of time and money courting multiple different countries in regards
to trade agreements. We may be forced to cooperate even more with US demands
than we do already. And we’ll be more vulnerable to terrorists.

MR: Why did you decide to write your great article about the rape in Qatar?
Which are the main objectives you had in mind when you wrote it?

TLM: In my opinion a lot
of western media coverage of events which happen outside the western world is
produced (perhaps unsurprisingly) from a western perspective. While this may be
appropriate in some ways for its audience, it sometimes fails to capture the
main issues. In the case of how Gulf States deal with rape, obviously a western
audience will find a focus on tourists’ experiences more interesting and
helpful. But this obscures the reality that local sexual assault victims are
treated worse than tourists, and that most victims of Qatar’s legal system are
local women. This is the reality faced by Gulf States’ populations every day,
but it only appears on western news when a foreigner is affected. And even
then, the Gulf peoples’ struggles are all but ignored. The focus is shifted to
the potential dangers posed to (Western) tourists- even though they’re actually
the least likely to be affected, both through probability and the protection of
foreign citizenship. This is not to minimise sexual attacks on tourists, but to
make the point that ignoring the issue of rape victims being jailed across the
Middle East until a tourist is affected, is not adequate or balanced reporting.
My objective with the article was to make the point
that women in Gulf States are going through this every day, their problems
unrecognised and unreported. And without an embassy to speak for them, they are
likely to be given much harsher sentences of whipping or jail time instead of
being allowed to walk free by a pardon or deportation. I didn’t want the local
women to be forgotten in the fear of ‘Will that happen to me if I travel to the
Middle East?’. Western fear and fascination of Qatar’s legal system and culture
do nothing to bring awareness of the experience of those who live there.

MR: How do you think that networking of alternative media can help to create
a better and more tolerant society?
TLM: I’ve no idea, but if someone
could figure that out and implement it, that would be great. Statistics show
that people are increasingly aware of the mainstream media’s bias and
underreporting of some issues, both local and global. As a result, they’re turning
to alternative media. So there’s never been a better time!