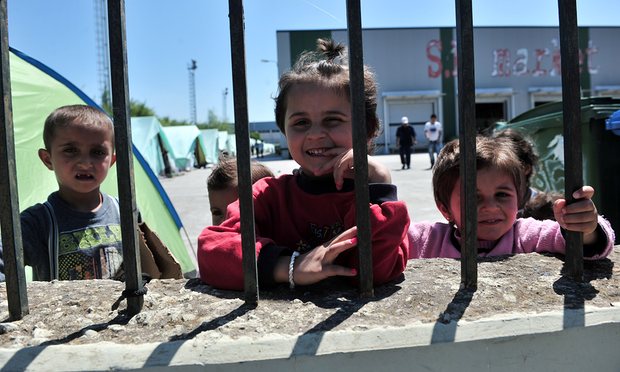 Children as young as seven have been sexually assaulted in official European refugee camps, the Observer has been told. The claims come as testimony emerges suggesting that some camps are so unsafe that youngsters are too terrified to leave their tents at night.

Charities and human rights groups allege that children stranded in supposedly safe camps in Greece that were built to deal with Europe’s migration crisis – many of whom are likely to be eligible to claim asylum in the UK – have been sexually abused.

In one government-run camp, in a former Softex toilet roll factory on the outskirts of Thessaloniki, aid organisations claim that the level of risk of sexual attack is so acute that women are too afraid to visit the camp toilets alone at night.

Yvette Cooper MP, chairwoman of Labour’s refugee taskforce, said the revelations “should shame us all” and called for immediate action to protect vulnerable children.

A series of government camps were built near Thessaloniki after the informal one at Idomeni, near the Macedonian border, was closed in May. Weeks earlier, the European commission had unveiled an extra £71m of humanitarian funding for emergency projects to help the 57,000 refugees stranded in official government camps throughout Greece.

One volunteer serving at the Softex camp, which holds 1,400 mostly Syrian refugees, alleged that some young girls had been effectively groomed by male gangs. He said an Iraqi family had to be moved to emergency accommodation outside the camp after their daughter was attacked.

“The parents are still in disbelief over what happened. A man from one of the ‘mafia’ groups asked their seven-year-old daughter into their tent to play games on his phone and then zipped up the tent. She came back with marks on her arms and neck. Later the girl described how she was sexually abused. It has scarred a seven-year-old child for life,” said the volunteer, who asked to remain anonymous.

Family members, he said, were so demoralised they were planning to abandon their dream of resettling in Europe and return to the country they had fled.

Leader of the Lib Dems Tim Farron joined calls for the British government to honour its pledges by immediately rescuing vulnerable minors who are eligible to be in the UK, saying: “If Theresa May does not act now, she will not only be shaming her government but shaming the country.”

Anita Dullard of the International Federation of Red Cross and Red Crescent Societies said there had been a rise in incidents of sexual violence in Greece’s refugee camps and that they had alerted the government.

She said they had been forwarding alleged incidents of sexual violence against women and children to the UN.

Anna Chiara Nava of Médecins Sans Frontières in Thessaloniki confirmed that they had heard allegations of children being victims of sexual violence. Nava said they were in regular contact with at least 10 women from the Softex camp who had complained of sexual violence and explained that many occupants, including children, were too afraid to speak out.

“It’s really hard for the unaccompanied minors – 16- and 17-years-olds – to survive. It’s the survival of the fittest in there. In the evening and night it’s impossible to find them [children] because they are hiding in the tents. The women are afraid. They complain that during the night and evening they cannot go to the toilet alone. They have all heard of reports of others being attacked,,” said Nava.

The office of the UN High Commissioner for Refugees confirmed it had raised concerns with the Greek authorities. It said: “It is an issue when it comes to Softex and others. UNHCR has been raising concerns about this, specifically about this issue [sexual violence], saying that we don’t think it will be safe for women and for children. We’ve raised the issue of security again and again. This is a problem; it’s under discussion.”

The government coordinator for the refugee crisis, Giorgos Kyritsis, said: “Softex is the camp with the most cases of small criminal behaviour but there was not any case of rape reported to the camp’s staff.”

Of the people in Softex, 60% are believed to be Syrian, of whom around 170 are thought to be children.

A pressing issue for the British government is determining how many of the children are eligible to claim asylum in the UK. Under a clause in the EU’s Dublin regulation covering asylum claims, refugees who have close family members in a particular country can claim asylum there. In the refugee camp at Calais, for instance, 150 minors out of 600 are eligible. In addition, the government promised three months ago to house unaccompanied minors stranded in Greece, Italy and France under the Dublin amendment, with charities under the impression that homes would be found for several thousand.

Despite this, around 20 of the estimated 88,000 unaccompanied child refugees in Europe have so far arrived into the UK under the scheme, prompting fierce criticism.

Cooper said: “The UK government needs to urgently wake up to its responsibility. Parliament passed the amendment exactly because we were worried about child refugees being exploited, trafficked and sexually abused because other countries were overwhelmed with the scale of the problem.”