Sarcasm or not, Trump’s rhetoric on founding of ISIS has done irreparable damage

Donald Trump’s cavalier claims that the U.S. was behind the founding of ISIS is not a novel idea — many in the Arab world share that belief, writes Zainab Salbi 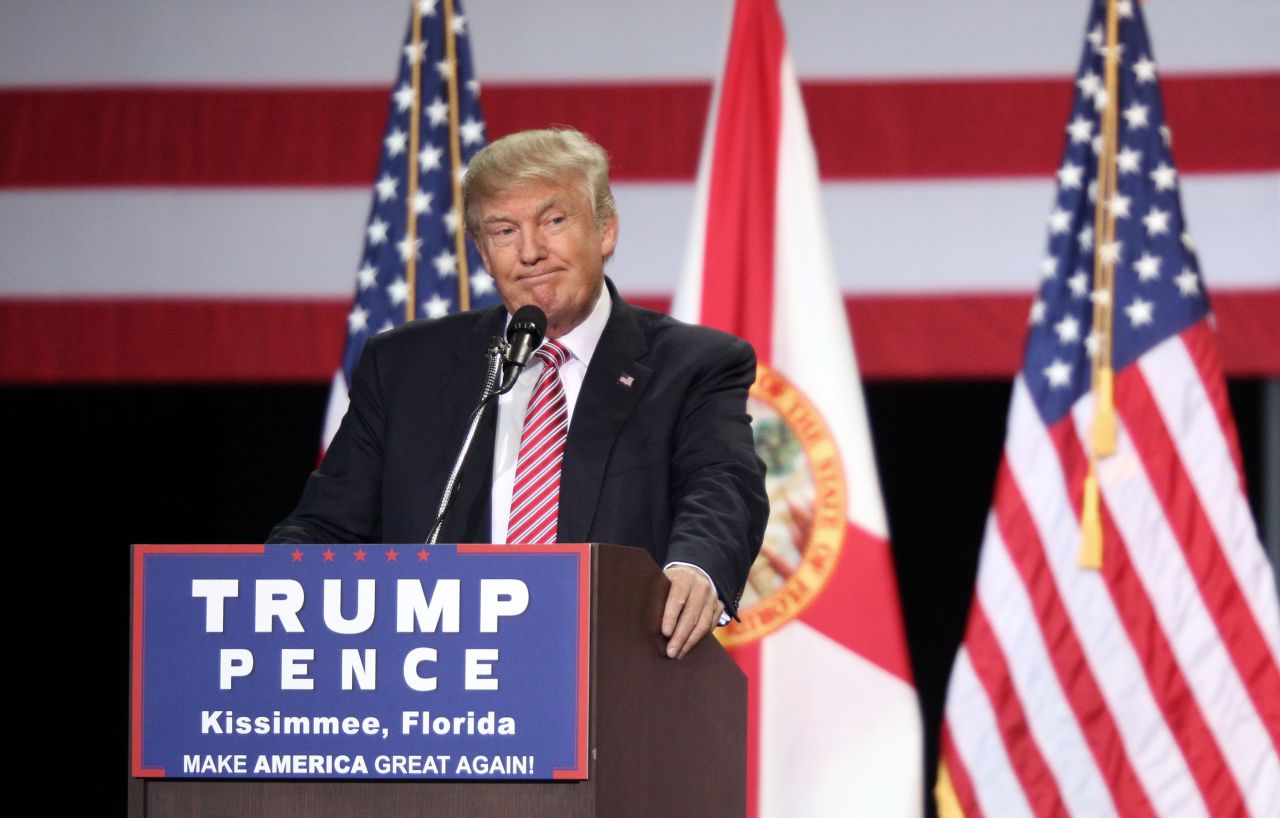 Donald Trump this week repeatedly claimed that ISIS was founded by the U.S. — specifically by President Obama and Democratic presidential nominee Hillary Clinton — but the suggestion is neither new nor unique among those in the Middle East. Trump backed off those claims Friday morning, saying the comments were intended to be sarcastic. But the damage from such cavalier rhetoric is already done. As a matter of fact, the claim that ISIS was founded by the U.S. is a widespread belief among Arabs across the Middle East. His reckless claims will have a long-term impact on how people in the Middle East will relate to America in times where everyone needs to collaborate to put an end to ISIS. Even if he wins the election, he will be unable to fix the damage he has created with these declarations. Just consider what some people in the region that I spoke with are saying.

Nuha, a Palestinian woman from Gaza who has not left the city for years comments in a phone interview, “ISIS is manufactured from the U.S. and by the U.S. They were created as another way to destroy our cultures and religion and to destabilize our countries.”

Saba, an Iraqi woman from Baghdad offered a similar suggestion. “They say Abu Baker Al Baghdadi (the head of ISIS) is not his real name. He is originally from abroad. They say his name is Shimon or something like that. He is definitely not an Iraqi. They are all not really Muslims and were parachuted to Iraq to destroy our country.”

Alaa’a, a young Jordanian  man says, “You have to see who funded them. Follow the money and you will see that they have been financed from abroad and they have been supported from America.”

Nora, a woman from Kuwait says, “We don’t’ have people who have tattoo and big muscular necks as some of these ISIS members look in their videos. They are definitely all foreigners and not Arabs or Muslims.”

Those in the region who have survived ISIS capture or escaped their territories after joining them, claim otherwise.

Nadia, a Yazidi woman who was captured and raped for 8 months as a sex slave in Mosul says, “They are all Iraqi, Arabs and Muslims. And the worst of them are those from Tel Afar (referring to a small town near Mosul).” Another Saudi man who went on YouTube to share his experience with ISIS and why he left them a few months after joining, confirms that they were all Arabs and Muslims, too. But these voices are dismissed in the region amongst a widespread belief that all of ISIS is an American invention.

Such widespread beliefs amongst Arabs in the Middle East is disturbing for it suggests a sense of complete powerlessness and victimhood where people are not in charge of their destiny or actions. Pushback on the discussion is hard. Most feel angry if one pushes back and say ISIS is indeed made up of Muslims and mostly Arabs. The discussions are very charged and emotional and led with conviction that there can’t be a mistake in the fact that they are a product of foreign manufacturing, as Nuha claims.

But one can at least understand the psychology of where people are coming from. The Middle East has been facing decades of wars that brought about a great level of instability in the region, leaving most with a sense of victimhood and lack of control over their own fate. This reality has enhanced a culture of heavy conspiracy theory in the midst lack of access to free information where much of journalism is controlled by the government.

First, people in the Middle East see America as one country responsible for its actions overseas regardless of its leadership. People don’t blame one person or the other, Bush or Obama — they see it as a country’s action and not as individual actions. So if Trump is trying to distinguish himself for local election politics, he just single-handedly tarnished America’s reputation in the Middle East — a region that is essential in much of the world’s security and stability.

Second, there is already a widespread anti-American rhetoric in the Middle East. Trump gave those that traffic in that rhetoric serious ammunition. Let no one be surprised if Trump is quoted for years for these remarks, no matter the outcome of the November election. What may be passing remarks used as campaigning tactics is going to be taken most seriously amongst people who already subscribe to those beliefs.

Third, and most importantly, ISIS is a threat to the stability of Iraq, Syria, the entire Middle East, Europe, and the world. Their defeat will require a major collaboration amongst countries in the region and abroad. If anti-American sentiment increases in the region, that collaboration is ever more in danger.

I Am With Her indeed. But irrelevant of that, and irrelevant of the presidential campaigns, what Trump has done is jeopardize America’s short-term and long-term security regardless of which candidate ends up leading the country.

Zainab Salbi is an author and media commentator and the founder of Women for Women International — a grassroots humanitarian and development organization dedicated to serving women survivors of war. Salbi is an editor at large for Women in the World, reporting on the intersection of Middle Eastern and Western cultures. For more information on Salbi’s work visit www.zainabsalbi.com.