At least 60 people killed in blast and scores wounded as suicide bomber targets gathering of lawyers in emergency room. 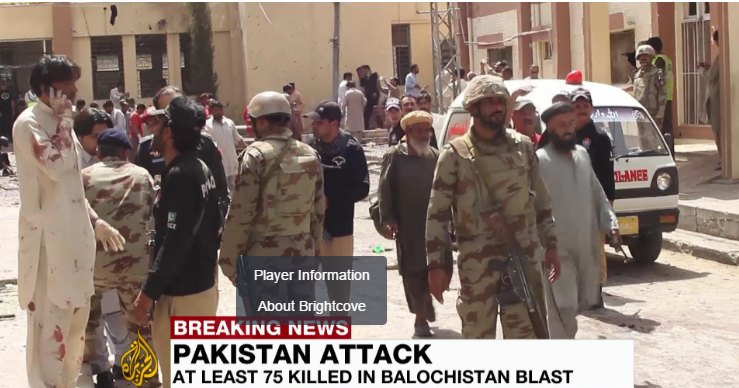 A suicide attack at the accident and emergency department of a hospital in Pakistan’s Quetta, where a group of mourning lawyers were gathered to accompany the body of a murdered colleague, has killed at least 60 people and wounded more than 50.

Mohammed Omar Baloch, health secretary of Balochistan, had earlier said 75 people were killed in the blast on Monday.

Balochistan Home Minister Sarfraz Bugti said: “The blast occurred after a number of lawyers and some journalists had gathered at the hospital following the death of the president of the Balochistan Bar Association in a separate shooting incident early this morning.”

Many of the dead appeared to be wearing black suits and ties. 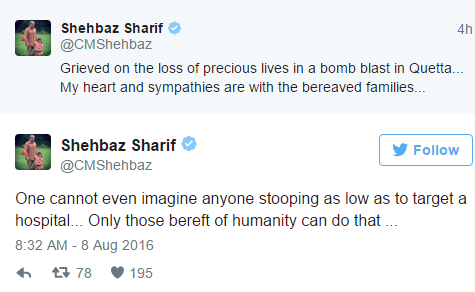 The lawyers were at the unit because earlier in the day armed men, who are still unidentified, had shot Bilal Anwar Kasi, reports said.

Kasi, who later died from his injuries, was the former president of the Balochistan Bar Association. He had been on his way to work when he was attacked.

Several people were wounded as they rushed to leave the hospital, Dawn reported.

Pakistani media said that journalists were among those wounded, with at least one cameraman killed. That cameraman was named by local media as Aaj TV’s Shehzad Khan.

There were no immediate claims of responsibility for either attack.

Balochistan, which borders Iran and Afghanistan, has oil and gas resources and is afflicted by fighting, violence between Sunni and Shia Muslims, and a separatist rebellion.

“The attack took place at the main gate to the emergency area,” said Al Jazeera’s Kamal Hyder, reporting from Islamabad. “Importantly, this happened after the president of the Quetta bar was gunned down … there are big questions after this security lapse. There is a very heavy death toll and most killed today are people belonging to the legal fraternity.”

Hyder said an attack took place at the same hospital in 2010.

“In the next few hours, we are expecting that some group or another may take responsibility,” he said. “After any targeted killing in Quetta, there is a tendency that whenever there is a crowd, they will be vulnerable. Security has been tightened [but now] the legal fraternity will want more protection.” 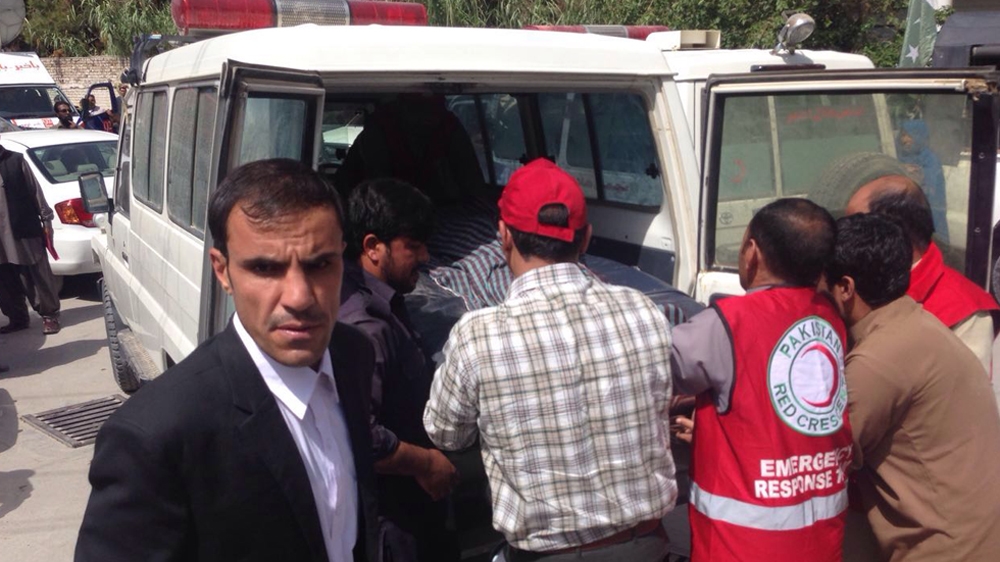