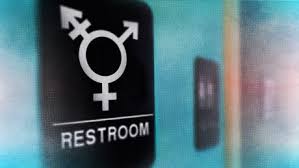 The judge granted a preliminary injunction sought by Texas and several other states challenging the Obama administration’s interpretation of Title IX, which prohibits sex discrimination in schools, colleges and universities. The administration interprets Title IX to include discrimination based on gender identity.
The ruling was issued by Judge Reed O’Connor of the U.S. District Court for the Northern District of Texas, late Sunday night before many students across Texas and other states commenced their school year. Supporters of LGBT rights say the administration’s guidance was necessary to ensure that transgender students are able to use the bathroom that corresponds with their gender identity.
“This case presents the difficult issue of balancing the protection of students’ rights and that of personal privacy when using school bathrooms, locker rooms, showers, and other intimate facilities, while ensuring that no student is unnecessarily marginalized while attending school.” O’Connor wrote.
He said he granted the preliminary injunction in part because Title IX’s text “is not ambiguous.”
O’Connor said the law “specifically permits educational institutions to provide separate toilets, locker rooms, and showers based on sex, provided that the separate facilities are comparable.”
Last May the administration issued guidance instructing public schools that under its interpretation of Title IX, “schools receiving federal money may not discriminate based on a student’s sex, including a student’s transgender status.”
The administration said that the Department of Education and the Department of Justice “treat a student’s gender identity as the student’s sex for purposes of the law.”
“There is no room in our schools for discrimination of any kind, including discrimination against transgender students on the basis of their sex,” Attorney General Loretta Lynch said at the time.
Texas Attorney General Ken Paxton, who led the charge against the administration, praised Sunday’s ruling.
“We are pleased that the court ruled against the Obama administration’s latest illegal federal overreach,” Paxton said in a statement. “This President is attempting to rewrite the laws enacted by the elected representatives of the people, and is threatening to take away federal funding from schools to force them to conform. That cannot be allowed to continue, which is why we took action to protect States and School Districts, who are charged under state law to establish a safe and disciplined environment conducive to student learning.”
Justice Department spokesperson Dena Iverson said the agency is looking at the ruling. “The department is disappointed in the court’s decision, and we are reviewing our options,” Iverson said.
Civil Rights groups including Lambda Legal, the ACLU and the National Center for Lesbian Rights issued a joint statement calling the ruling “unfortunate.”
“A ruling by a single judge in one circuit cannot and does not undo the years of clear legal precedent nationwide establishing that transgender students have the right to go to school without being singled out for discrimination,” they said.
Paul Castillo of Lambda Legal said Sunday’s order should not affect other ongoing cases or attorneys from bringing new cases under Title IX, but it prevents the federal agencies from utilizing the guidance to threaten to revoke federal financial assistance from schools who do not agree that Title IX protects transgender students.