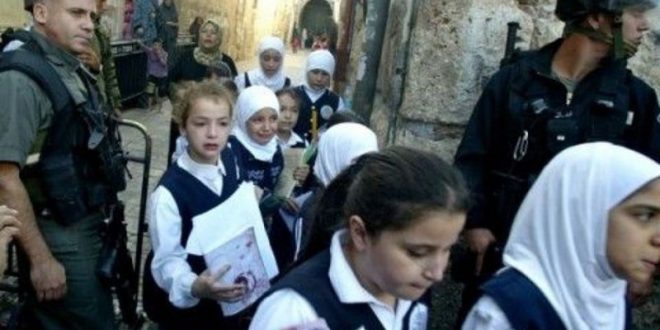 The Israeli occupation authority (IOA) in Occupied Jerusalem has omitted all texts and pictures that are related to Palestine and the struggle against the occupation from Palestinian school books before its distribution.

According to the Hebrew newspaper Iroshalim, the Israeli municipality and the ministry of education deleted Quranic verses, poems and other contents from Palestinian curriculums advocating the Palestinian struggle against the occupation.

The IOA recently distributed these books that contained some blank pages and blackened lines to Palestinian schools in the holy city. Among the lines that disappeared from those books are texts talking about the unity of the Muslim nation and the importance of the Aqsa Mosque.

The Palestinian map, flag and anthem were also removed from text books. The Israeli municipality justified the measure by claiming that it would not allow the presence of educational books encouraging violence