Iran has arrested a “spy” involved in the nuclear negotiations with world powers but has not yet formally charged the suspect, the judiciary’s spokesman told reporters on Sunday.

“(News of) the arrest of the infiltrating spy is true. Legal action has been instigated against him and he has been released on bail,” the official IRNA news agency quoted Gholamhossein Mohseni Ejeie as saying at his weekly press conference.

“But the charge against him has not been proven yet.” 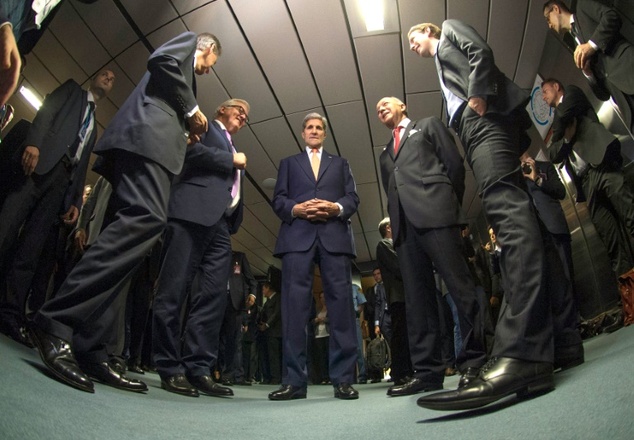 On August 16, the Tehran prosecutor announced the arrest of a British-Iranian on suspicion of links to Britain’s intelligence service.

Iranian media outlets have reported that a dual national identified as Abdolrasoul Dorri Esfahani, a senior accountant involved in banking-related aspects of the nuclear talks, has been arrested for espionage.

But it remained unclear whether the dual national and the British-Iranian were the same person.

Iran does not recognise dual nationality and treats those arrested as Iranian citizens only.

Without naming or giving the gender of the accused, Tehran prosecutor Abbas Jafari Dolatabadi said on August 16 the suspect was “active in the field of the Iranian economy, and was linked to the British espionage service”.

Iran and the United States, Britain, China, France, Germany and Russia negotiated for more than two years before signing a historic July 2015 agreement that removed some international sanctions in return for curbs on Tehran’s controversial atomic programme.

It claimed he had been paid by both Britain and the United States.

However, the ISNA news agency said the accused was not a member of the negotiating team or the foreign ministry.

It said the accused “only appeared on the team at certain points, out of necessity on behalf of one of the country’s economic sectors”.