History and Outcomes of Colonial Education in Africa

Each year thousands of young
Africans graduate from colleges and Universities and still some find themselves
unemployed or underemployed. Yet, most parents still dream of their children
obtaining a quality education and often they sacrifice their wealth in the
pursuit of this goal. Something is going wrong in our education systems and the
outcomes of this education. Our African economies have tremendous growth
potential and many countries are reporting positive economic growth. However,
the new graduates are having difficulty in finding purpose and meaning to their
degrees in these economies. 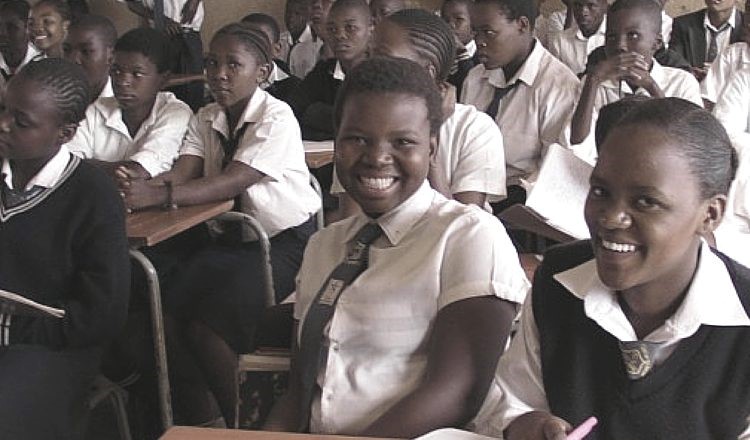 Many of our African economies are
primarily agriculture based. However, we find more graduates in all other
fields than agriculture related skills and training. How is it that we can have
such a glaring mismatch? Why do we continue to perpetuate the colonial system
where it seems less than 20% of the students who enter grade one will make it
to an institution of higher education and actually use their education on their
job?
The colonial education system was
created for the new settler governments. The few Africans who became educated
in these systems were primarily to aid white settlers which is why most became
clerks and so forth in supporting roles. Yet, we still use the same education
systems that oppressed us to educate a free people.
History of African
Education under Colonialism
Ghana
One of the greatest mistakes of
the education in the part has been this, that it has taught the African to
become a European instead of remaining African. This is entirely wrong and the
Government recognizes it. In future, our education will aim at making an
African remain an African and taking interest in his own country. – Sir Gordon
Guggisberg (Governor of the Gold Coast (now Ghana) in 1920)
In spite of what Sir Gordon
Guggisberg said in 1921, the colonial administration established Achimota
College in 1927 where only European textbooks where used. Students learned
European Geography and history and were never exposed to their local stories.
Over the years, as I went through
college and university, I felt increasingly that the education I received
taught me more and more about Europe and less and less about my own society.-
Dr. Kofi Busia, Prime Minister of Ghana 1969-1972.
The earliest schools for Africans
included, Achimota College, Fourah Bay College in Sierra Leone, Makerere
College in Uganda, and Lovedale in the Eastern Cape of South Africa and in
Malawi. By the 1930s, only these four schools offered education that could
ensure entrance into University. The Free Church of Scotland which had
established Lovedale, also founded Fort Hare University College. Between 1923
and 1936, an average of four students per year obtained degrees at Fort Hare.
On average two or three students were granted degrees by Fourah Bay College
which worked in conjunction with the University of Durham.
Nigeria
Many other Africans sought to
further their studies abroad. By 1913, there were about seven doctors working
in Nigeria who had been trained in England. In the 1920s, there were
approximately sixty lawyers working in Sierra Leone and Nigeria who had trained
in London. Between 1905 and 1940, about 12 black students from French West
Africa obtained University degrees and by the 1920s there were only two black
lawyers practicing in that region. More Africans were influenced to study in
the United States because of American missionaries in South Africa and Kenya.
In the early part of the century, more than 150 black South Africa, some Maasai
and Nigerians went to study in the United States. However, a good number
focused on religious studies. In the 1930s, a number of Africans studied at
Lincoln University in Pennsylvania including Nnamdi Azikiwe and Kwame Nkrumah
who later became Presidents of their own countries. Many of those educated
abroad eventually contributed to the struggles for self-government and national
independence.
Rwanda and Burundi
In Rwanda and Burundi, like in
most countries in Africa, most schools during the colonial period were run my
missionaries who regarded education as a primary means of evangelizing to
spread their Christian faith. In the 1930s, the Catholic Bishop, Leon Classe
negotiated a school contract that would keep the Belgian colonial
administration out of schools and allow the Catholic Church to assume
responsibility for the entire education system. In turn, the Catholic Church
received 47 francs per student and 600 francs per teacher. The church
perpetuated the government’s preference of Tutsis over Hutus setting the
groundwork for the resentment that resulted in the genocide. The Catholic
Church chose Tutsis over Hutus and all government positions were to be reserved
for the Tutsis. Bishop Classe believed that Hutus still needed just enough
education so they could work in mines and industry. Until 1956, the only way a
Hutu could receive higher education was if they went to a Catholic seminary to
become a Priest.
In spite of the church’s role in
oppressing Hutus, the first Rwandese to receive a kind of University degree was
Anastase Makuza who graduated from the Centre Universitaire of Kisantu (Congo)
in 1955 with a degree in political and administrative sciences. His application
for a post to work in government  and for the Institut pour la Recherche
Scientifique en Afrique Centrale was turned down because he was not Tutsi. He
finally landed a job as a typist in Kibuye. As more Hutu became educated they
found it frustrating that they could not secure employment just because of
their tribal heritage. In March 1957, the Hutu published the Hutu Manifesto, a
document which challenged the prevailing social and economic system in Rwanda
at the time.