Thousands of women undergo FGM each year, but collection of NGOs, doctors and activists is trying to eliminate procedure 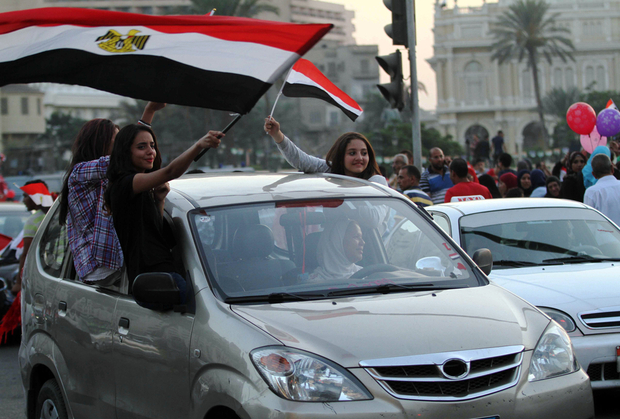 Figures vary, but it is estimated that 92 percent of women in Egypt between 15 and 46 years old have been cut (AFP)

It’s summer again in Egypt. The days are made up of long afternoons locked away in darkness with circulating fans dispersing hot air. The summer is made up of sweat, and blood too.

Each year between June and September, several thousand girls undergo female circumcision. Summer holidays are the preferred time for the procedure, as they afford more time for recovery and make it less noticeable to teachers at school.

Figures vary, but it’s estimated that 92 percent of women in Egypt between 15 and 46 years of age have been cut. That number increases to 97 percent in rural areas.

“Generally speaking, FGM (female genital mutilation) is more prevalent in rural settings and for girls with lower levels of education, but this is not always the case,” said Suad Abu-Dayyeh, consultant at the NGO Equality Now, which has been campaigning against the practice since the 1990s.

More than 27 million women have undergone FGM in Egypt, according to UNICEF statistics in 2014.

Talking to women about it is difficult. Seven or eight women are sitting in the waiting room of Dr Amr Seifeldin. The presence of a foreigner obviously causes concern and stress. “They are ashamed,” said the doctor. “They don’t want to talk; they don’t want anyone to know about it.”

Sumaya is one of the few who was willing to discuss it, but she would only talk to Middle East Eye by phone.

One summer afternoon when she was about 12-years-old, she came home. Nobody told her beforehand what was about to happen. Her mother and grandmother grabbed her, held her down and opened her legs while an old woman cut her.

Twenty-five years later, she recalls her inability to grasp what had happened. She also brought up the consequences of the act: “My husband complains that I never enjoy, I feel nothing,” she said. “He says I’m cold in bed.”

Confronted with such distress, Seifeldine became one of the few doctors in Egypt currently “fixing women”. Every week, his medical staff carries out from one to five genital reconstruction operations. He said he has performed almost 2,000 reconstructions.

“It’s a lot, but not that many, considering the number of women who need it,” he said. “Not many know it even exists.”

The surgery is costly. The operation typically costs abut $340 in a public hospital, which is two to 10 times the average monthly wage in Egypt. Having the procedure done in a private clinic can cost upwards of $1,700. Few can afford it.

Repairing women is one battle, but trying to eliminate FGM is what Seifeldine has been struggling to do over the past 20 years. He has also been trying to erase the stereotypes that serve to carry on the bloody tradition.

Research says the practice was introduced 2,500 years ago, with Egypt being the first to adopt the practice and also the exporter of mutilation to neighbouring countries. The pharaohs believed that every human being was born bisexual and had two souls, a female and a male one. According to their beliefs, to make a woman fertile, her masculine attributes had to be removed.

That was why the clitoris was cut before the arrival of the first period, a tradition that has continued over the centuries among Christians and Muslims, in spite of its absence from their religious books.

“FGM is not religious, so anyone preaching in favour of it is going against their own religion and encouraging violence against girls,” Suad Abu-Dayyeh said.

“FGM is not religious, so anyone preaching in favour of it is going against their own religion and encouraging violence against girls”
Then, there is the common belief that girls are too keen on sex.

“The Arab woman is seen as overly sexual, unfaithful and unable to keep her virginity before the wedding. It is in the collective imagination,” said Seifeldine. “This is why she is more prone to FGM.”

Dalia Abd el-Hameed, head of sexual rights at the Egyptian Initiative for Personal Rights (EIPR), said: “It’s crazy. All these men who seem to know better than us about how our vaginas work … We’re talking about religion, education, but it’s above all a feminist cause, the right to have sexual pleasure,” she said.

“We want our right to integrity, our right to say we like to have sex. We ask for it and we want to enjoy it.”

In recent years there has been a slight decrease of FGM, through the work of doctors, mobilisation efforts by NGOs and the establishment of awareness campaigns. The USAID-funded Demographic and Health Survey (DHS) in 2014 found a decrease of more than 13 percent of girls aged 15-17 who had undergone FGM, compared with 2008, according to a UN report.

Among measures to fight female circumcision, Egypt officially declared it illegal in 2008 and decided to take legal action by including a clause in the Penal Code regarding bodily mutilation against women.

“The violation of the physical and psychological integrity of women is now an offence with varying degrees of severity. Articles 240 and 242 provide disqualification for three to five years for a doctor who performs a circumcision,”  said Reda el-Danbouki, a human-rights lawyer.

“Section 236 provides three to seven years in prison for an injury offence that leads to death,” he said. “But what measures are taken for partners in crime, nurses, midwives, parents and those who encourage and perpetuate the practice? It raises questions about the effectiveness of the law.”

Egypt last year sent a doctor to prison for the first time for FGM after the death of a teenager. Thirteen-year-old Sohair al-Bata’a died after the operation by Dr Raslan Fadl in 2013. Her case prompted outrage among local and international observers, but the doctor eventually avoided serving most of his sentence by reconciling with her family. He was freed after only three months behind bars.

“The government doesn’t care, it is pure law marketing, regardless of whether it works or can be applied or not,” said EPIR’s Hameed. “We need to encourage more severity, especially against doctors. They are the most responsible, they have the medical skills and enough education to stop it.”

Right now, the government is proposing a two-year prison sentence and 6,000 euro fine for accomplices in FGM.

“It should be a life sentence in prison applicable to all partners in crime,” Hameed said. “We also want to add an article to allow the judges to suspend the penalties for partners if they report the crime. It’s the only solution to break complicity.

“Now, everybody is punishable, it’s a consensual practice between parents and doctors. It’s not fair to punish parents and doctors the same. Families have a lack of awareness, doctors haven’t. We should punish the head of the medical facilities too, especially if they know that FGM is prevalent in their hospital.

“We have to scare doctors… end the impunity doctors enjoy.”

“There is no real desire to eradicate the problem,” human rights lawyer Danbouki said. “Don’t try to convince me that FGM can be performed in hospitals without the state being aware of it. Even within the justice system, there is a desire to provide loopholes for perpetrators, because some officials don’t see it as a crime.”

Anti-FGM activists agree better education is the solution to eradicate this tradition; the dismantling of misogynist fantasies is also paramount.

“Some people have in theory sufficient education, yet we spend a lot of time educating physicians, also judges, prosecutors and lawyers against this practice,” said Fouad, at the National Council for the Population.

Men also must be better informed. “Making men aware that circumcision has a direct impact on their sexuality would help a lot,” Seifeldin said.

Hameed also argued for both men and women to be involved in ending the practice. “It is women empowerment,” Hameed said. “We must educate women who keep encouraging the practice, being convinced this is what’s best for their daughters. We have to deconstruct male fantasies about it too. This is not just a matter of ignorance, but also patriarchy, domination and male authority over women’s bodies. Men are struggling with giving up their privileges.”

That is a position shared by Equality Now: “Lots of supposed reasons are given for FGM, but it is fundamentally about enforcing power and control over women and girls. It is not a religious requirement, yet sometimes this is used as an excuse too,” Abu-Dayyeh said.

“FGM happens because of men wanting it. Women are present when it takes place, but it is done for men.”

Seifeldine said he is optimistic and noted that in recent years concerns raised by men about the procedure have led to improved openness.

“This is something that is being increasingly better understood, since Egyptian men are becoming more ‘Europeanised’. Still, some men are afraid of it. Others don’t even know what it is and what they will face because nobody talks about it.”

Mohamed, 31, a three-year US expatriate, said he never understood the prevalence of the practice. “FGM, what’s that? Wait, we’re still doing that today?” he said. ‘I never thought about it, I never asked.”

The challenge is therefore to decrease ignorance and social pressure, especially from men, by educating them to the reality of FGM and persuading them that it is in their own interest to halt it. NGOs and Egyptian authorities plan to eradicate FGM by 2030.

Vivian Fouad is not so hopeful. “It’s getting better,” Fouad said, “but we talk about a practice of over 2,500 years. How can we imagine that we’ll manage to bring it to an end in five, 10, or 15 years? The truth is that it will take several generations.”