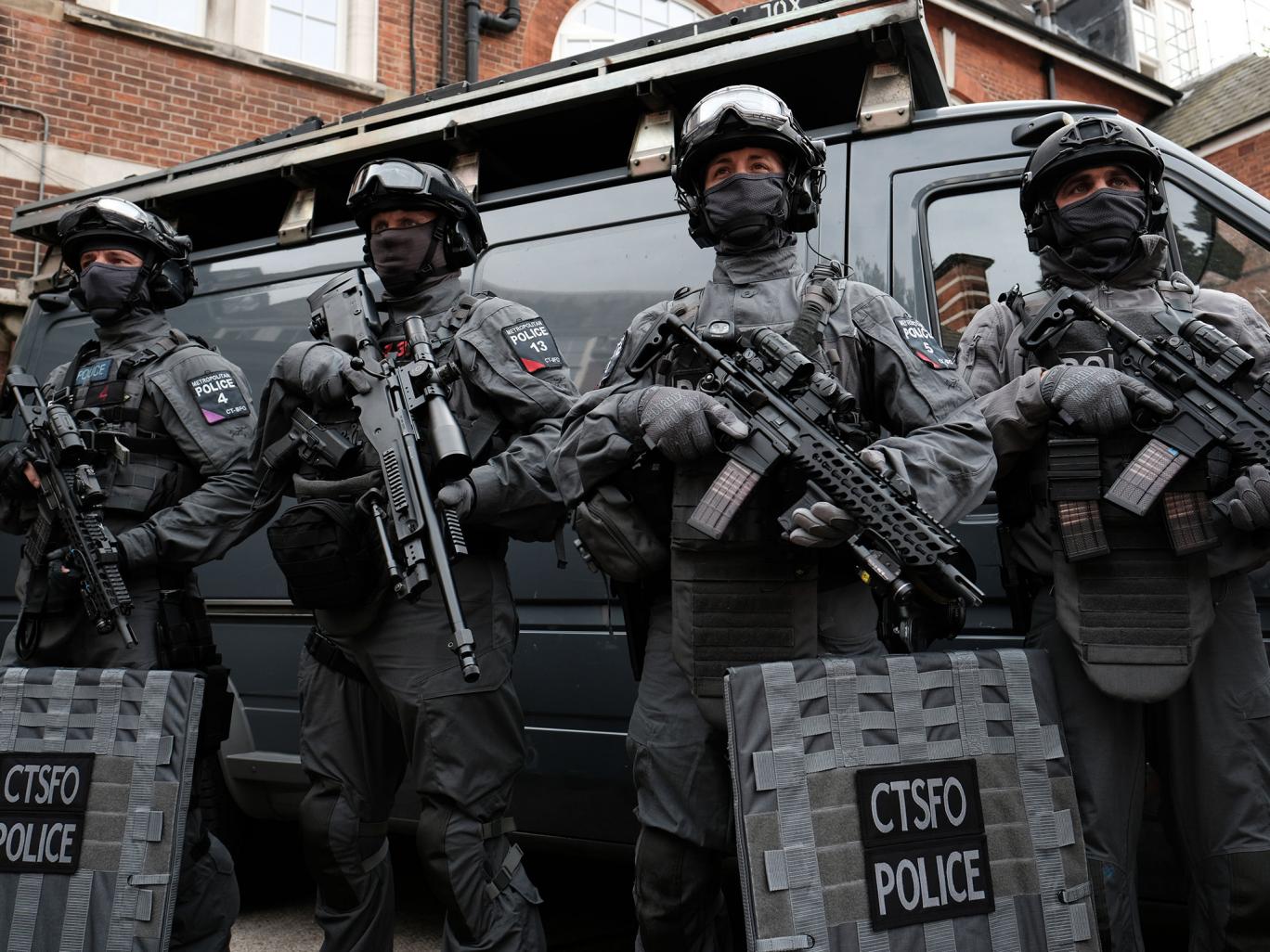 The arresting presence of Robocop-style armed police officers on the streets of London will no doubt reassure the public that the Government is doing all it can to combat the threat of terrorism. But Met Commissioner Sir Bernard Hogan-Howe warned last week that it is a question of when, rather than if, attacks like those recently witnessed in France and Belgium will be visited on Britain. Is this an admission of failure in counter-terrorism policy or just a realistic assessment of the terrible threat we must all now learn to live with?

Policemen with machine guns can only combat the symptoms of the violent jihad. Once a terror attack has begun and innocent lives taken it is already too late. A committed terrorist can kill dozens of people before even the most rapid response team is on the scene.

The question of what causes so many young Muslim men to want to travel to the Middle East and take part in violent jihad is as complex as it is controversial but, unless we are prepared to spend the next 20 years living in fear of the next terror outrage, this question must be addressed with the consent and help of all Muslim groups.

The Government has put its faith in its Prevent counter-terrorism strategy which aims to combat radicalisation in the UK. Under the scheme last year around 6,000 people, mostly Muslims, were reported as being on the radicalisation spectrum. Now ministers intend to step up this controversial programme by introducing forced deradicalisation classes for those who are suspected of already being converted to extremist views.

This is a significant and worrying departure from the existing programme, which is a voluntary arrangement.

Prevent and its sister programme Channel are already viewed with suspicion by large numbers of Muslims who complain that innocent families have been subject to state controls after teachers or social workers have reported their children to the authorities. Meanwhile, Muslim academics have been investigated because of misunderstandings about the nature of Islamic research projects. Even lawyers and doctors have encountered the pernicious consequences of the misinterpretation of their words or actions.

At the heart of the problem is the definition of what constitutes radicalisation or non-violent extremism. It is so loose, and the training it is so basic, that almost anyone who takes an interest in the troubles in the Middle East could fall foul of the referral system.

The motivation behind a referral to Prevent can be based on personal dispute or the desire to settle a political battle. I know of a Muslim father who lost access to his daughter because his former wife complained to the council that he had once watched an Arabic broadcaster’s news coverage of an execution carried out by Isis.

The fact that nine out of 10 referrals are made from outside the Muslim community – by teachers, doctors, social workers, lecturers and police officers – is telling. An already alienated Muslim community is being forced to turn in on itself, risking the withdrawal of cooperation with the security services so heavily reliant on human intelligence to thwart terror plots.

France attack: Mourners pay respects in Nice
The recent attacks in Paris and Brussels were mostly carried out by home-grown extremists who lived among the minority Muslim communities of France and Belgium. Even after they had carried out their attacks, they were able to melt away into these run-down suburbs.

The fundamental breakdown in intelligence gathering in France and Belgium has been plain to see. In British cities our Muslim communities are more accessible to the security services, largely due to more sophisticated policing and informant networks. But it is also true that a more tolerant approach to religious freedoms, compared to the French republic’s anti-Islam policies, has meant British Muslims feel they have a greater a stake in mainstream society.

We have now reached a critical juncture in community relations where many Muslims believe that by reporting suspicious behaviour they open themselves up to investigation by the state. For many the less risky option is to turn a blind eye to what may be the early signs of a terror plot. Instead of stepping up draconian programmes that force Muslims to take deradicalisation classes, more effort should be spent on consensual policing and intelligent intelligence gathering.