IJAN Statement on the Movement For Black Lives Political Platform 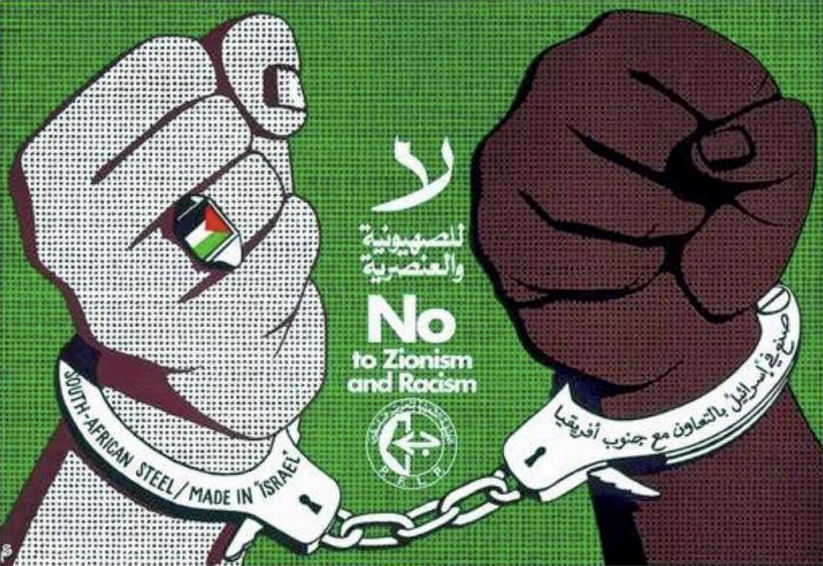 The International Jewish anti-Zionist Network strongly embraces the entire
Movement for Black Lives (M4BL) platform, and we affirm its support for the
Palestinian struggle and efforts to Boycott, Divest, and Sanction Israel.

In the United States and internationally, racism has been central to how power
works and money flows. Both the Palestinian anti-racist struggle against
Zionism and the Black anti-racist struggle against White supremacy are crucial
to peoples’ efforts to build a just world. For that reason, the Black Power movement
both past and present is one of our key reference points in all fights for
justice. Since the 1960s, there has been a tradition of Jewish support for the
Black liberation struggle. Jews were important participants in the Freedom
Rides and their work to desegregate the South. In the late 1960s some of that political
and financial aid disappeared as the Black Power movement became increasingly
vocal in ist anti-Zionism. Much of the financial contributions from Jewish
donors for the revolutionaries of the Student Non-Violent Coordinating
Committee evaporated when SNCC started to speak out strongly in favor of
liberation not just for Blacks but also for Palestinians.

Now, in response to the statement, we see certain elements of US Jewry,
self-appointed “Jewish leaders,” again attacking and rejecting the Black
anti-racist struggle for its support for Palestine.

The Jewish Community Relations Council (JCRC) has responded most strongly to the statement.
It writes of the “co-opting and manipulation of a movement for addressing
concerns about racial disparities in criminal justice.” First, JCRC
misrepresents the movement. The M4BL’s platform speaks of “collective liberation,”
and condemns “patriarchy, exploitative capitalism, militarism, and white
supremacy.”

JCRC accuses the M4BL of manipulation, yet closes its eyes to the self-defined
goals of the Black liberation movement. It erases the long history of Black
internationalism and support for the Palestinian liberation struggle, including
the Black Panthers. It also erases the history of Palestinian support for Third
World liberation, and the long-standing solidarity between the struggles
against South African apartheid and Israeli apartheid. So, who is doing the
manipulating?

On this basis, the JCRC states, it “cannot and will not align ourselves with
organizations that falsely and maliciously assert that Israel is committing
‘genocide.’” It goes on to say, “[while we] dissociate ourselves from the Black
Lives Matter platform and those BLM organizations that embrace it, we recommit
ourselves unequivocally to the pursuit of justice for all Americans.” With
these words, it actually dissociates itself from much of the Black liberation
movement. On its website, the JCRC claims that its “purpose is to define and
advance the values, interests and priorities of the organized Jewish community
of Greater Boston.” It seems that one of those purposes is to define and limit
the scope of the Black movement in the United States. Furthermore, like so many
who fear the end of racial inequalities in the United States and globally, it
denies the specificity of the struggle of those who are in a daily fight for their
lives and existence as a result of racism.

We reject the JCRC’s attempt to define our “values” or “interests,” or to
suggest that Jews have no interest in a free Palestine. They may reject our
history of revolutionary organizing, struggle with the oppressed, and being
oppressed, but we do not. They do not speak for us and they do not define our interests,
which lie with the liberation struggles of Blacks, Palestinians, and other
oppressed people, not in setting limits to those struggles.

The statement from the JCRC, which has previously attacked Arab community
organizations, is not a surprise. The Combined Jewish Philanthropies, funded by
millionaires or billionaires Sheldon Adelson and Seth Klarman, is one of the
JCRC’s major funders. The Klarman Foundation is invested in oil and weapons
firms which profit from constant war in the Middle East, to which Israel
contributes. For that
reason the repression of Palestine is a major “interest” of the Klarman
Foundation and those, like the JCRC, whom it supports.

The Klarman Foundation, in addition to its charitable support for the JCRC, supports
“People-Centered Economic Development,” which seeks to destroy the state
welfare system and replace it with private business. This is a racist agenda
which disproportionately hurts poor Black communities, and is part of a broader
economic war on Black people. 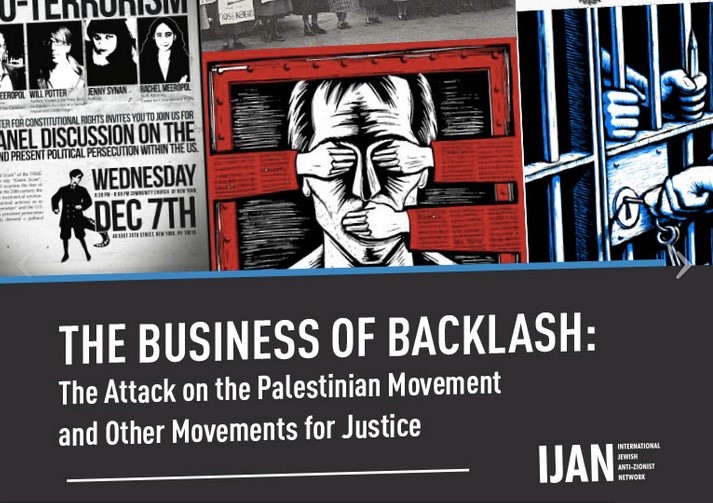 The connection between the struggle in Palestine against the Israeli military
and state and the struggle against anti-Black and other racism in the United
States is not just one of solidarity.
Local, state, and national police forces and surveillance agencies contract
with Israeli military personnel, and security and weapon firms, to provide
“anti-terrorist” (aka: anti-movement repression) and population control
training. Zionist organizations like the Anti-Defamation League – which claim
to be Jewish organizations – bring local police forces to Israel to train with the
Israeli military. And Israel and the United States buy and sell weapons and security
technology to further each countries’ historic and current racist policing and
attacks on Black, Brown, and Palestinian/Arab communities.

For that reason, IJAN has partnered with Palestinian and Arab, Black
liberation, immigrant justice, indigenous, and anti-policing and anti-prison
organizations to kick out the policing and paramilitary expo, Urban Shield,
from the San Francisco Bay Area. We have also participated in campaigns against
G4S, a multinational corporation specializing in private prison and security services.
We work to expose and stop these collaborations between the United States and Israeli
governments, corporations, and non-profits facilitating brutal repression and
slow-motion genocide and ethnic cleansing. 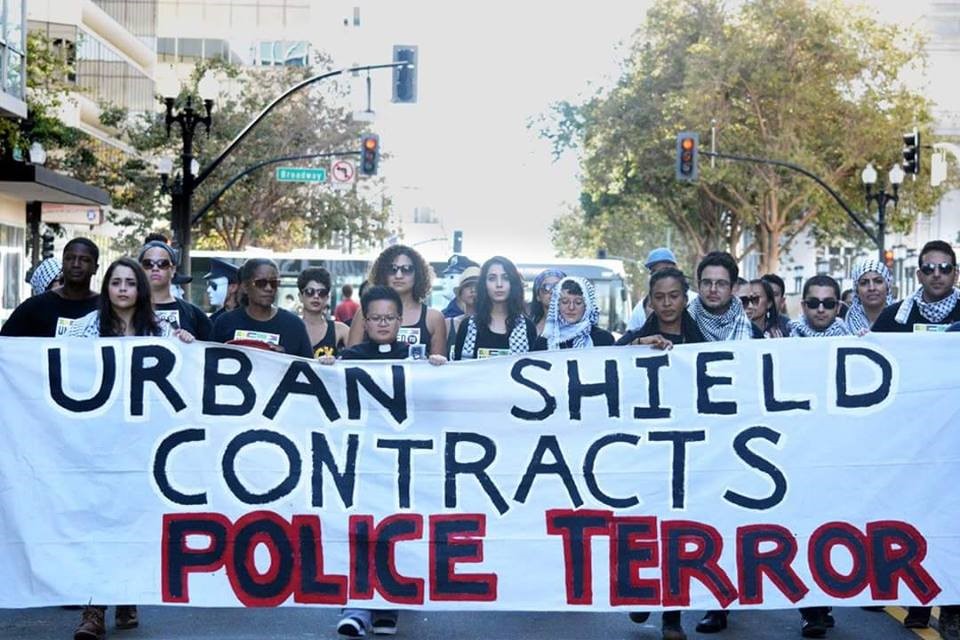 As Dream Defenders writes, “living in the US, the heart
of global empire, we bear a particular responsibility for global liberation. It
is our taxpayer dollars that are funding Israeli apartheid and a military
industrial complex that is devastating entire peoples and communities
throughout the world.” We could not agree more, and stand fully by the struggle
of Black people for their lives, and for justice and freedom.