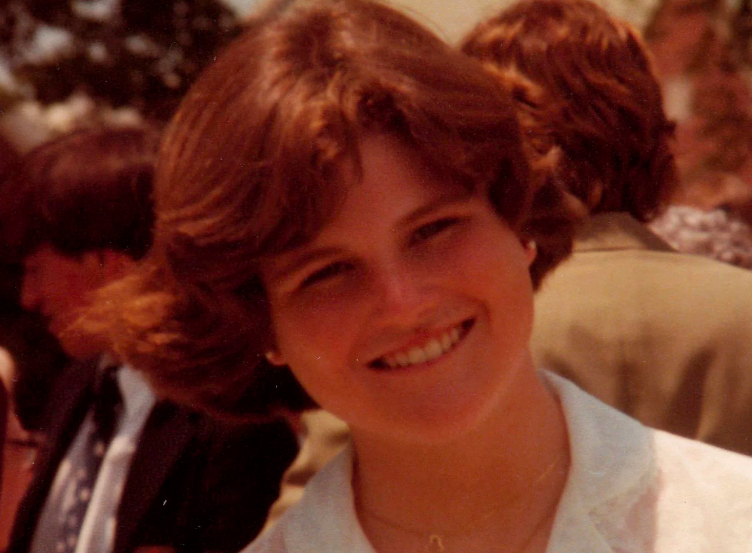 Anne Scott, who broke her 25-year silence in 2015 about rape and sexual abuse in her New England boarding school, has given her first in-person interview since reaching a settlement last week with the elite St George’s School in Rhode Island. Scott is one of up to 30 men and women who have reached a settlement with the school. She believes even more will come forward to complain of abuse, dating from the 1970s into the early 2000s. When she went public last December, in an interview with the Boston Globe, she thought she “was the only one” who had been raped at the school, but other accusers soon joined her.

The abuse she suffered at the hands of the athletics trainer, Al Gibbs — then 65 years old to her 15 years — left her “pretty destroyed” as a person, she said.

“He had a room inside the boys locker area. It’s etched in my head that he would put down the blinds, lock the door and you were not going anywhere. He was an ex-boxer. I was a sheltered girl, pre-sexual even, had never thought about things like that. And if you are a person who trusts authority figures and are vaguely trained to do what they tell you to do …”

“I lost my soul when I was raped,” she said, of the dramatic change others noted in her personality as a teenager.

After graduation from St George’s in the early 1980s, Scott moved home with her parents, where she suffered from eating disorders, severe depression and dissociative disorder, and eventually submitted to several stretches in secure psychiatric institutions.

After abandoning an attempt to challenge the school in a lawsuit, Scott found some solace in traveling the developing world, working for NGOs as well as on U.N.- and government-sponsored health projects, representing the interests of the disadvantaged. Her work took her from Palestine to Myanmar, eventually helping her to find the courage to revisit the challenge of taking on her old school.

“As more people speak up, others are emboldened and you get a breakthrough against the powers that have kept you silent,” she said. “People are less afraid to use their identity now, or they have the choice to use ‘Jane Doe.’ In the big picture, success is people being able to talk about it, whether it’s shouting your name from the rooftops straight away or, 25 years later, telling your spouse,” she said, citing the Roger Ailes case as an example of how times are changing.

Not as changed, though? Attitudes like those displayed by Republican presidential nominee Donald Trump and his son, she observed, who suggested a “strong” woman wouldn’t stand for harassment.

“His message is — we are secure, no one is going to touch us, it’s down to women to change their behavior,” she said.

“Those comments are a war on womanhood.”