AN IMAM WAS SHOT DEAD ON THE STREETS OF QUEENS. WE SPOKE TO THE MAN WHO WASHED HIS FRIEND’S BULLET-RIDDEN BODY.

The brazen murder of Alauddin Akonjee terrified New York’s Muslim community. As his chaplain prepared the holy man for burial, he wondered what comes next. 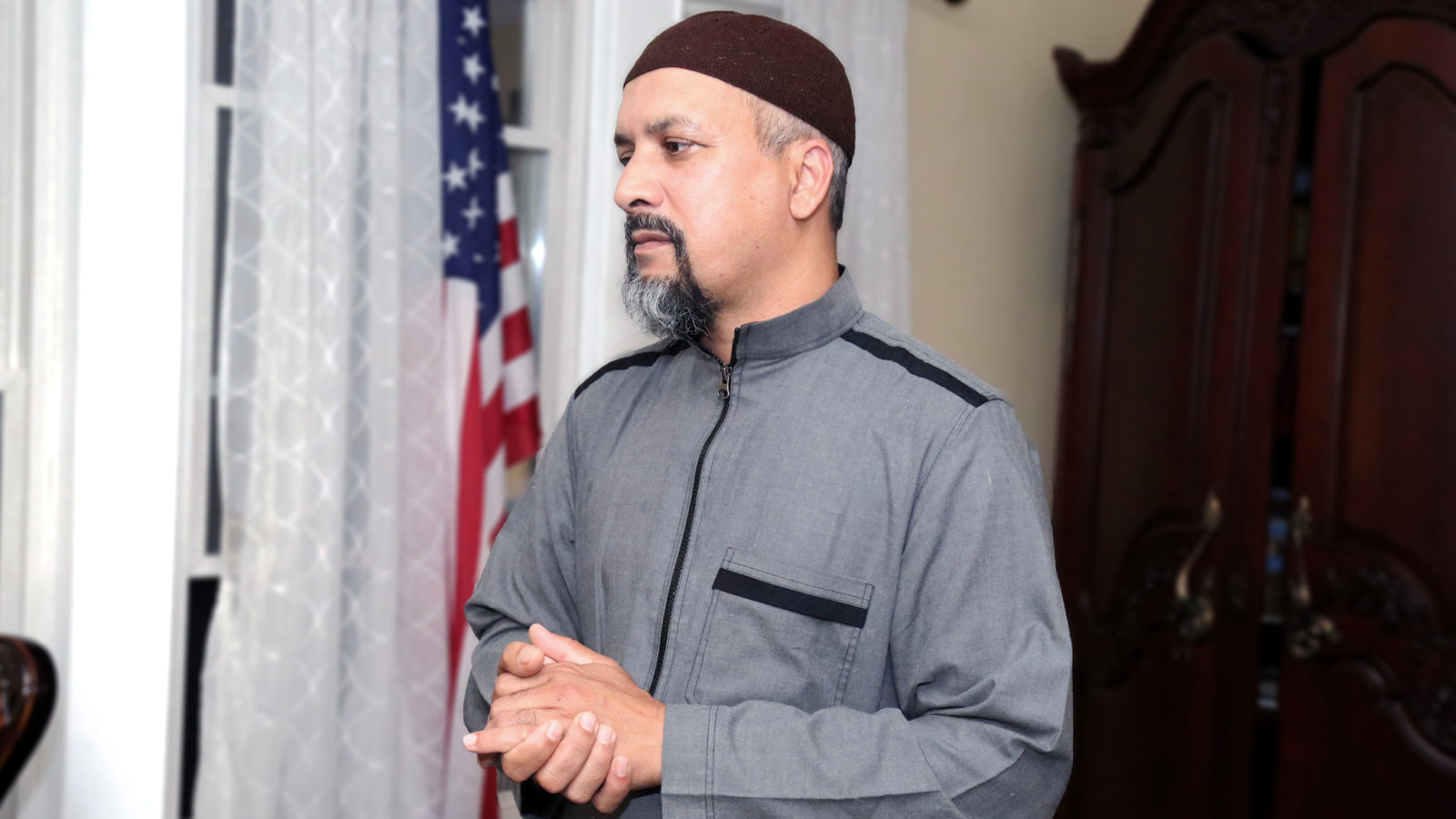 At seven a.m. on Monday, August 15, Abu Taher Chowdhury put down a cup of black coffee and drove seven miles to a funeral home in South Ozone Park, Queens, to wash the corpse of his friend, Alauddin Akonjee. Two days earlier, Akonjee, an imam, and his associate, Thara Miah, had been shot dead while they were walking home to eat lunch after midday prayer. While the shooter’s motive is still unknown, many in the Muslim community have called it a hate crime.

Chowdhury, an emergency room technician and a chaplain, had washed corpses before. But he had never washed a body with bullet wounds.

Chowdhury and Akonjee both grew up in Sylhet, in northeastern Bangladesh, and were introduced at the Al-Furqan Mosque in Queens. Akonjee was the mosque’s resident imam and Chowdhury, an expert on the Koran, was invited to lead the tarawih, special prayers performed during the holy month of Ramadan. The night they first met, they ended up taking a long walk together, talking about their responsibilities as religious leaders. The imam chewed paan, a post-dinner treat made with betel leaves and sweetened rose petals, and discussed ideas to get young Muslims involved with the mosque. Over the next two years, those conversations continued, often on the phone. During the last one, days before the imam was killed, he told Chowdhury he was planning a trip back to Bangladesh to spend Eid with his mother.

Now Chowdhury, 48, a man with a statuesque build, deep-set eyes and a tranquil presence, was standing at a washing table in the funeral home’s basement, where his friend’s body was under a spill of white light. There were six other men, including the imam’s three sons; the youngest seemed to be incapacitated with grief. “I felt something very sorrowful, very helpless. I told him to come to me,” Chowdhury said.

As the men began dipping muslin cloth into jugs of lukewarm water, Chowdhury recited the surah yasin, a chapter that is often called the heart of the Koran. The journey to the afterlife was painful, Chowdhury explained, so the dead body was to be treated gently. The water could not be too hot or too cold, fragrant oils applied after cleaning needed to be in the right amount. “You touch very softly,” he explained. “Like you are touching a baby.”

Chowdhury prayed for the full length of the forty minutes that he was in the basement, leading the washing of the body, until three shrouds were placed on the corpse, marking the end of the ritual.

The imam’s janazah – funeral prayer – was held that afternoon in a parking lot not far from the spot where he was shot. New York Mayor Bill de Blasio, who attended the funeral, said he was mourning the deaths of the imam and his associate, calling them “examples of goodness and righteousness.” Crowds amassed at the hearses, hoisting posters that said “We Want Justice” and “Muslim Lives Matter Too.”

That evening when Chowdhury came home, he told his wife Abeda Khanam, a schoolteacher, that he had noticed a noor – an Arabic word for incandescent glow – on the imam’s face. “My husband was scared the body was going to be damaged because of the circumstances,” Khanam said. “But when he saw the body, it was as if the imam was sleeping very peacefully.”

The imam’s beard and armpit hair was trimmed and his nails were clipped, as advised in Islamic tradition, Chowdhury said, reminding him that as a practicing Muslim, he too ought be ready for death at any time. “He was in such a wonderful state. It was like he is going to a party,” he said. “It reminds you that every moment you have to be ready to meet your Allah.” As he prepared his friend’s body for burial, Chowdhury pondered his own death: “I was thinking at that time: who is going to wash me with care?”

Weeks earlier, when the two talked after evening prayer, an anxious, shaking man approached the imam with a problem: he wasn’t getting something he was desperate for. The imam simply recited a Koranic verse that meant patience would eventually be rewarded, Chowdhury said. Something about the way he read that verse stuck as the most enduring memory of their friendship. “I had read the verse before but I realized the meaning of it again that day,” Chowdhury said. “When I was nervous about the washing, I remembered him saying those words and I felt something giving me courage.”

Since the imam’s passing, Chowdhury had been thinking a lot about mortality. “Some people have the courage to wash a dead body but some people, they don’t,” said Khanam, his wife. “Burial is a reminder that we are not immortal. That’s why we are taught to practice learning to wash the body of others. To remember that it could be us.”

A day after the imam’s funeral, Oscar Morel, 35, who worked as a porter on a college campus, was charged with first and second degree murder.

Earlier this week, Khanam was driving their two sons to Jackson Heights when a man wearing a kufi cap and thobe gown – traditional Islamic dress – walked past their car. The ten-year-old turned to his brother and asked whether he thought the man looked like Imam Akonjee. The six-year-old nodded. “And then, suddenly, he goes, ‘That could be dad,’” Khanam said. “They are also thinking about these things.”