Africa: Sustainable development: The future of the land is in green energy

The availability of energy is essential for development. For this, the experts who took part in the Global local forum advocate the exploitation of the opportunities offered by renewable energy in Africa. 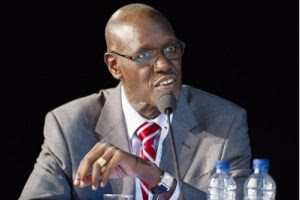 The Global local Forum ended yesterday, July 22 in Dakar, with a range of recommendations. Stakeholders suggested that local authorities should play a more prominent role in the development of energy policy, including energy-saving initiatives. “We need to make energy policy a priority of local decentralized cooperation. Mosques, city halls, county councils must be illuminated with renewable energy, “suggested Abdoulaye Sène, president of the Global local forum.

In addition, there is a return on investment through the training of human resources for maintenance of batteries and storage and transportation of energy equipment. “We need local ecosystems. We need to have trained people capable of doing equipment maintenance,” suggested Mr. Sène. The deputy also emphasized the need for decentralized governance of energy policy. For his part, Seydou Sy Sall, the General Delegate for the promotion of the urban centers of Diamniadio and Lake Rose, proposed a pause in construction and also in the spatial distribution of habitats. He regretted that the construction of houses and buildings has not taken into account the need for climatic zoning.
Question for this article:

How can we encourage people to care for the environment?

In fact, one needs to take into consideration the temperature, humidity and even sunlight. “Climatic zoning has been known, but we do not refer to it. We can not build the same kind of model in Diourbel as in Dakar. These two cities do not record the same temperatures, “argued Mr. Sall.

Earlier, the chief of staff of the Ministry of Local Governance, Development and Planning, Alassane Mbengue, pleaded for the recovery of solid waste production by developing energy sectors as done already in many countries.

The chairman of the Business Council of renewable energy in Senegal (Copères), Abdul Fall, advocated for the mobilization of funding that encourages policies contributing to the preservation of the environment. “The state and the communities should set goals for energy independence. Africa should not be so poor in energy, since it has so much potential in renewable energy, “he said.

The President of the Network of farmers organizations (Ropa), Mamadou Sissoko, called for the establishment of permanent mechanisms for consultation and dialogue at the grass roots level. It is necessary, he insisted, that those who benefit from policies and projects should be involved in the process of their development.