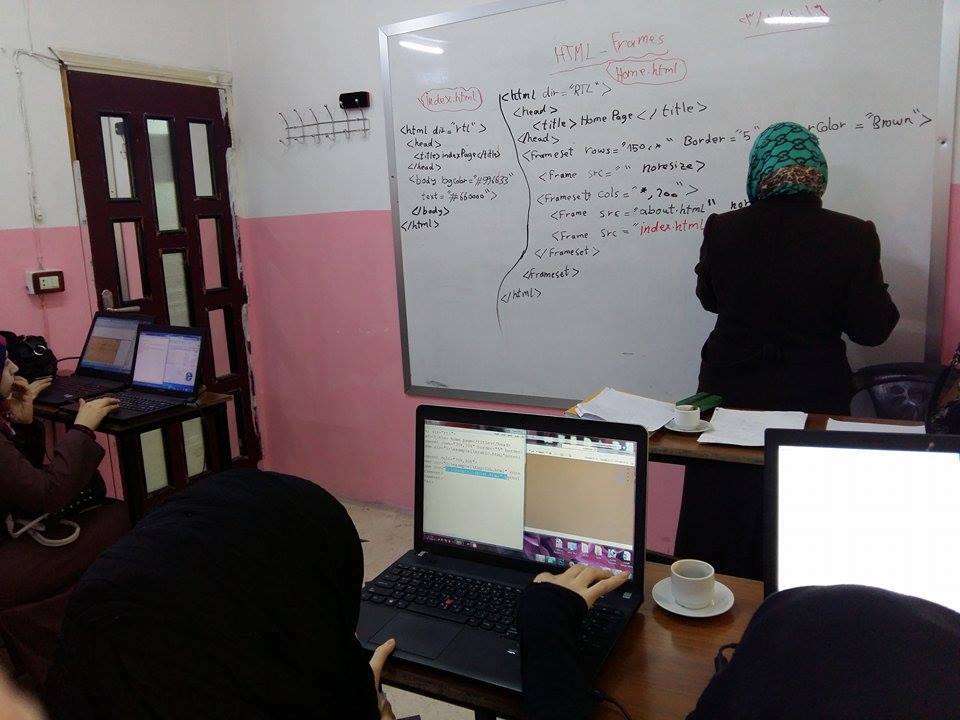 Before the war, a large proportion of Syrian women were in need of
educational courses to hep them become financially independent, so as
not to remain in the ‘shadow’ of men. During this war, they have become
in need of courses of all kinds, including trauma counseling.
This
environment is what led to the founding of a project, “Women Now”, meant
to serve Syrian women in various ways.


In the Syrian countryside, the Women Now organization was launched.
It aimed to enable Syrian women to become an active member of society,
both economically and socially, and to become a key partner in the
political decision-making at the local and international level. Ms.
Muzna Aljundi, a spokeswoman for the organization, told SyriaUntold,
that Women Now was opening two new centers in the Idlib countryside and
four new ones in the Eastern Ghouta.

The courses are open to all women under the age of 60. In its first year
of operation, the center introduced only educational courses, including
computer literacy courses in the Microsoft Office Suite and Adobe
Photoshop as well as language courses in English and French. 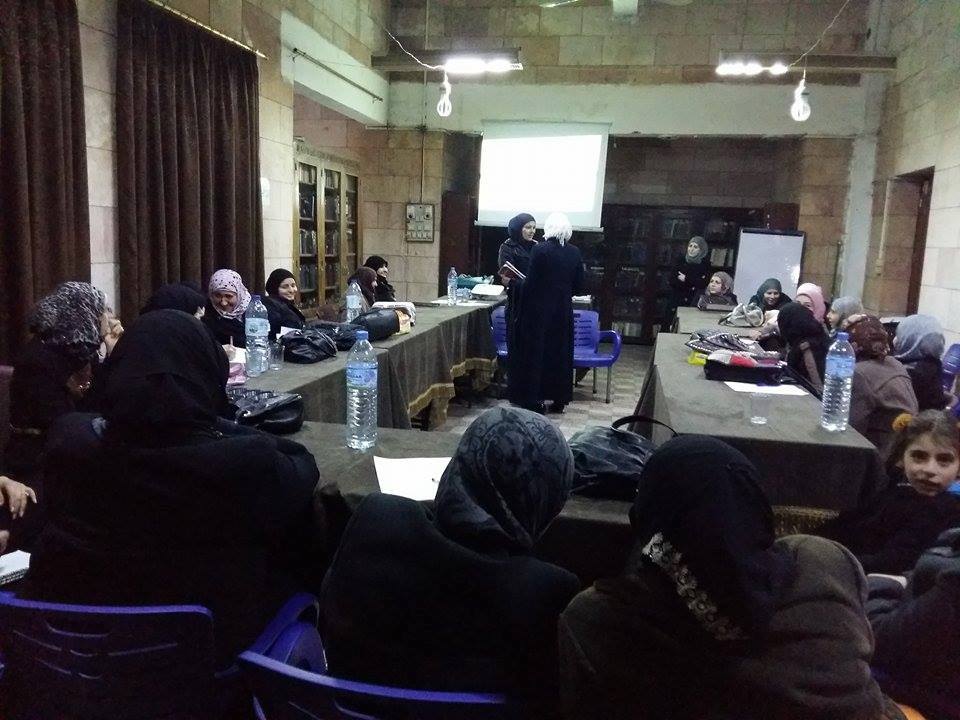 In 2015, the organization grew significantly. Hundreds of women had
enrolled in their vocational courses, including hairdressing, nursing,
and textile work, and their financial education courses, such as
operations methods and budget preparations. Ms. Muzna emphasised that
all the courses offered were free, and that the reason the number of
women affiliated with the centers increased was due to the flexibility
of choosing your own course at your own pace.


Over time, a special department for psychological support was opened,
with psychosocial guides and instructors to train and lead activities
and lectures concerned with the daily life of Syrian women and the
challenges they face with regards they face to their health and their
families. The centers offer private counseling to help them with their
trauma and psychological issues they’ve been exposed to during the war.

The founders depend on funding from various humanitarian
organizations concerned with women and children for all their
activities, according to Ms. Muzna. She added that in addition to their
concern with women, the organization now provides courses for children,
including drawing, reading, writing, and arithmetics. Upon successful
completion of the courses, the students get certificates.