Women and the mafia: A traditionalist emancipation?

Against or inside the Sicilian mafia, women have always played an active role.

Italy and its mafia are not known as
bulwarks of progressivism. In the public eye Italy is still a
conservative country, with a relatively small amount of women among its
workforce. And, of course, the mafia is still associated with ancient
laws of honour and blood.

In movies and series, the mafia is pictured as patriarchal and
extremely traditional: a world with maybe a creative flexibility around
business matters, but an iron cast worldview about the role of men and
women, fathers and mothers, daughters and sons. All the godfathers and
“soldiers”, friends and enemies are – with no exceptions – men.

This image of the mafia exists for a reason, because the mafia
grew in a rural society: the “pater familias” took decisions and gave
orders, while woman were in a subservient position, taking care of the
house and the children, functioning as a kind of cradle of mafia ideals and values.

Gender roles in the mafia?

Women were also expected to accept an arranged marriage, as
pawn in the politics between leading clans, but they were indeed more
than wives, sisters or relatives of mafiosi.

The women of the mafia supported and defended their husbands, denying their criminal involvement in front of the judges and – when the husbands decided to become a state witness, in other words “pentito”, regretted – repudiated them, in order to be faithful to their blood families and their irreversible laws, or even committed suicide. But there is also another side to the history of women in the mafia.

As early as the beginning of the 20th century, there are examples of the complex and articulated involvement of women in Cosa Nostra – “our thing”.

For example, in a landmark trial in 1927,
seven women were accused of mafia crimes; and the career of Maria
Grazia Genova (1909-1990) can only be described as real mafia – she was
arrested more than 20 times.

More recently, Angela Russo, called “nonna eroina” – hero
grandmother – was arrested. At first the court believed she played a
central, yet not vital role as a drug courier. Russo herself was
not satisfied with this accusation and explained that she had much more
power, and had been acting like a boss, coordinating effectively the
mafia activities.

Another famous woman boss – or actually a substitute boss – was
Giusy Vitale, who in 1998 organised the family mafia activities after
her brothers were arrested. After her arrest, she became a “pentita”,
collaborating with the prosecutors and thus “betraying” her family and
the rules of the mafia.

With brothers, fathers and sons in prison, Giusy is an example of a
woman who jumped in to take care of the business. Because they were the
only ones allowed to visit their relatives in prison, wives or sisters
had key access to information and represented their official bosses.

If the men served their time, most women took the back seat
again, but not all. Some became acting boss after their husbands were
killed or jailed, but succeeded in creating their own powerful
positions.


Women fighting against the mafia

Women played a big role in the fight against organised crime in Italy in other ways as well. Rita Adria (1974-1992) is considered a hero in the antimafia movement.

She inspired films and books, since she decided to collaborate with the ministry of justice after her brother was killed by the mafia. 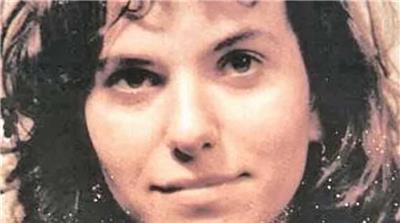 Rita Adria, a witness in a major mafia investigation
in Sicily, breaking the code of silence. She committed suicide a week
after the mafia killed antimafia prosecutor Paolo Borsellino in July
1992 [Courtesy of Film Forum]

At the beginning, breaking the law of “omertà” – non-cooperation with
authorities – to her was a way of finding a vendetta, so,
paradoxically, to obey the mafia law to kill the ones who killed one’s
relatives, in a systematic chain of murders.

During her collaboration with the famous antimafia
judge Paolo Borsellino, she continued helping him, becoming more
interested in a broader idea of justice, risking her life and losing the
“respect” of friends and family and even of her mother, since she was
considered a traitor.


After Borsellino had been killed by
the mafia, Adria committed suicide since she no longer felt safe. But
she is still an inspiration for many other women who had and have the
courage to fight – for personal reasons or for ideals – against the
mafia.

Against or inside the mafia, women have always played an active role. In many ways, the mafia can be seen as a mirror of Italian society.

The old days of a group of men sitting around a wooden table in the
shadow, making the decisions, smoking and enjoying the wine and dinner
while the women cooked, are over by a long shot.


*Silvia Mazzini is an assistant professor at the Humboldt University of Berlin. She is the author of Für eine mannigfaltige mögliche Welt. Kunst
und Politik bei Ernst Bloch und Gianni Vattimo (For a Many-fold
Possible World. Arts and Politics in Ernst Bloch and Gianni Vattimo) and
of numerous articles on aesthetics, political philosophy and theatre
sciences. She works as dramaturge and author for several theatre
companies.