The prison without bars 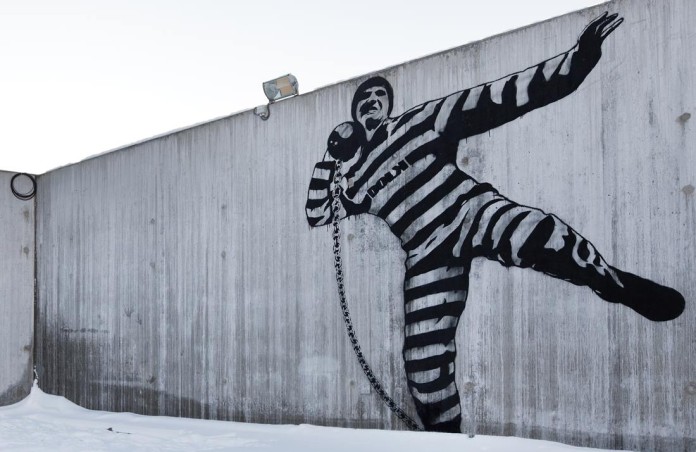 A high number of death and suicide cases, lack of employment
and training opportunities, people with drugs and narcotics consumption
or abuse issues, hygiene and health problems, mental illness, and racial
discrimination.

This is the situation in Italian prisons and,
unfortunately, we have got accustomed to this scenario. Similarly, the
protests of those who report a situation on the verge of civilization,
such as the one made by the Antigone association, do not have any effect
on us anymore. Yet, not only human dignity is violated behind bars in
Italy; also the Constitution is offended, especially its Article 27,
which states: “Punishments must aim at the rehabilitation of the
convicted.” This goal has not been reached yet in quite a few countries
in the Old Continent.


Maybe that is the reason why many people have smiled when in
2010, the Norwegian deputy minister of Justice said that a prisoner’s
punishment consists in being in prison, not in losing his or her
citizen’s rights. In the country of fjords, this ethical goal
has been realized and is being applied on a daily basis in the prison
facilities present there. Besides, this principle is being thoroughly
followed in designing the new ones. In the maximum security prison in
Halden, for instance, there are no bars. In the eye of an external
observer, it may look like a college campus or a hospital. There are no
armed guards to patrol the perimeter of the structure. There are birch
trees all around and fjords at the horizon.

No prisoner has ever tried to escape. Each of them has a
private room with a flat-screen television, a shower, a refrigerator and
wooden furniture. Unlike what happens in Italian prisons, they
spend most of the day outside their cell playing baseball and
practicing climbing. They live in communities, take care of the
environment, cutting the wood they need to fuel the boilers, cultivate
vegetable gardens and raise animals. There are not only petty criminals
among them, but also killers, rapists, and robbers. The maximum duration
of the sentences in Norway, even for murder, is 21 years. Therefore,
prisons try to prepare inmates to enter society again, recreating an
environment similar to the cities.


Halden, dubbed “the most humane prison in the world”, had a cost of over 187 million euros. The
Norwegian state spends about 80 thousand euros per year on every
prisoner: thrice as much as the U.S. Moreover, the judicial system,
identified with the maxim “better out than in”, avoids imprisoning
citizens. About 75 people every 100 thousand inhabitants end up in jail,
which is more or less a tenth of the 707 registered in the United
States, or 103.8 in Italy.


The big surprise is that the Nordic system seems to work: the
Scandinavian country has a 20 percent recidivism rate, which is one of
the lowest worldwide. Quite the opposite of what happens in the
civilized America, where 75 percent of prisoners are arrested again
after their release. Italy is not doing better either. In the Bel Paese,
in fact, the average recidivism rate is 68.45 percent. “If you treat
people like animals when they are in prison, they are likely to behave
like animals in their turn. Therefore, we try to treat prisoners like
human beings here”, Arne Nilsen, former director of a Norwegian prison,
said in an interview with The Guardian.


When prisoners are released, the State intervenes to make sure they can find a job and a house.
Besides, to prevent the possibility of falling into the vicious cycles
of crime again due to that poverty and unemployment, all former convicts
are guaranteed public care and a minimum pension. “True justice means
respect for the prisoners: this way, we teach them to respect the others
– Nilsen goes on to say -. Nevertheless, we continue to keep an eye on
them. It is important that after their release from prison, they become
less likely to commit other crimes. That is how you create a fairer
society.”


Of course, this system receives criticisms too, especially
since it seems to attract foreign criminals, forced to “emigrate” to the
fjords, considering the luxury treatment of its prisons. Yet, it does
not happen. Some experts say that one of the reasons is the
high costs allocated annually for the welfare. Besides, the almost total
lack of media sensationalist reporting the most heinous crimes helps to
spread a climate of tolerance in order to manage a system of this kind.
The exact opposite of what is going on in Italy, where if one thinks of
the prisons, mafia and immigration crimes are the first ones to come up
to our mind.


According to Time, investments in the rehabilitation
of prisoners produce positive externalities, which can be evaluated
also in the savings it produces in the long run. For example,
prison guards in Norway enjoy a high status and earn the respect of the
detainees not with weapons and violence, but calling them by their name,
eating together with them, and getting involved in their leisure
activities. After all, even Fyodor Dostoevsky was sure of it: “The
degree of civilization of a society can be measured observing its
prisons.”