Poem of the day. Paul Polansky 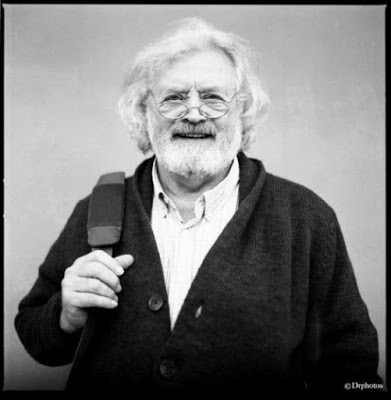 The Well
They caught me in the marketplace
where my people used to sell clothes,
where Albanians now sell contraband.
Four men threw me into the back seat
of a blue Lada, yelling, “We told you,
no more Gypsies in Prishtina.”

As I was pushed down on the floor,
I felt the gun barrel in my left ear. It was so cold
I jerked just as someone pulled the trigger.
Blood splattered the side of my face
from the wound in my shoulder.
I collapsed, pretending to be dead.

I prayed to my dear, deceased mother, to all
Gypsy ghosts, that these men wouldn’t see from where
the blood was oozing. When we arrived, they
dragged me out by my feet. My head crashed on
the ground, bouncing over several stones.

They threw me head-first into a well.
I never reached the water.
There were too many bodies.
I lay crumpled up, almost unconscious
until the smell and sting of wet lime
brought me back to my senses.

I held my breath until I heard
the car leave, then choked
on the stench around me.
With only one hand, I pulled
myself over stiff legs that became
my ladder to climb out.

My face, my hands, my whole body
burned from the lime. I used grass
to wipe off what I could,
then stumbled down a dirt road
toward a long line
of slow-moving lights.

Twenty minutes later I was on the highway
watching olive-colored trucks and jeeps,
driving past me as if I were a telephone pole.
I finally collapsed in front of two headlights.
I couldn’t tell if the last sound I heard
was a screech or a scream.

The next day in a military hospital
NATO interviewed me for a few minutes.
The Albanian interpreter made the soldiers smile.
By mid-day I was walking
through a woods following a wagon trail
nobody uses anymore,

except Gypsies
escaping a country
where they have lived
for almost
seven hundred years.