Chilcot inquiry: who’s who in the Iraq war investigation 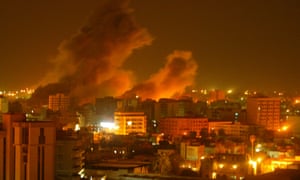 The long-awaited report into Britain’s decision to join the US-led invasion of Iraqin 2003 will be published on Wednesday. It will feature a host of well-known and less recognisable faces from the era. Here’s a guide to who’s who.

Prime minister until June 2007 and the co-architect with George W Bush of the invasion of Iraq. Since 2003, Blair has defended his decision to join the US-led offensive. In his speech to parliament on 18 March 2003 to seek approval for war, he likened the threat from Saddam Hussein’s Iraq to that of Nazi Germany.
Repeatedly Blair has said that removing Saddam and his two sons from power was the right thing to do. Asked by Chilcot if he had any regrets, he replied: “Responsibility, but not regret for removing Saddam Hussein. I think that he was a monster, I believe he threatened, not just the region but the world. I do genuinely believe the world is safer.”
Blair has defended his government’s planning both for the military operation and its disastrous aftermath. “The real problem was that we planned for certain eventualities but we discovered a different set of realities,” he told the inquiry. In2014 Blair told Andrew Marr he underestimated the “tribal, religious and sectarian tensions” that war unleashed.
This week Robin Butler, the former cabinet secretary, said Blair had exaggerated the “reliability of the intelligence”. Speaking to the BBC, Lord Butler said: “The joint intelligence committee had said to him [Blair] that the intelligence was sporadic and patchy. He said to the House of Commons that it was extensive, detailed and authoritative. That was where the inconsistency lay. I don’t call that a lie. He may well have thought it was extensive, detailed and authoritative but it wasn’t.”

Campbell, Blair’s official spokesman, played a major role in shaping the government’s aggressive Iraq strategy. Campbell admitted that in 2002 Blair was sending Bush “very frank” private notes in which he promised British support for disarming Iraq, both diplomatic and military.
Campbell denied “sexing up” the notorious Iraq dossier released in September 2003. It claimed – erroneously – that Saddam Hussein had weapons of mass destruction that could be fired in 45 minutes.
“I defend every single word of the dossier,” Campbell told Chilcot. Blair knew the war would be “deeply unpopular” but nonetheless felt that if Saddam wasn’t confronted “there would be a bigger day of reckoning later on”, he added.

Arguably the Chilcot inquiry’s most colourful witness. In 2001 Allen was asked to draw up a classified memo for Blair’s office on what might happen if the US toppled Saddam Hussein. Allen warned that any invasion of Iraq would lead to“increased distrust of US motives throughout the Islamic world” and would damage the UK too.
He defended Sir Richard Dearlove, MI6’s boss, from the charge that he’d fallen under Blair’s spell. “We may not have been as wise as we would like to have been in retrospect, collectively,” he admitted to the inquiry.
He also conceded that the agency’s knowledge of Iraq was “very, very superficial”, likening the agency’s spies to “small animals in a dark wood”. Allen gave evidence in secret, with parts of the transcript later released.

The government’s chief legal adviser. He played a key role in giving the Iraq war legal cover. Until February 2003 Goldsmith believed that a second UN resolution authorising military force was necessary. Without one the impending US-UK invasion would be illegal.
Goldsmith, however, changed his mind on 10 March after a trip to Washingtonand a meeting with senior Bush administration officials. He told Blair that war could be green-lit legally on the basis of the existing UN resolution, 1441.
Giving evidence in 2010, Goldsmith denied he had caved in to political pressure. He told Chilcot: “I did reach the view then, and still am of the opinion, that it was lawful.”

Wood was unpersuaded by the government’s legal case for war with Iraq. His view was that only self-defence or an international humanitarian catastrophe would justify action.
In January 2003 Wood told foreign secretary Jack Straw that without a second UN resolution any invasion would be illegal. Straw rejected this, Wood said. Wood quoted Straw as saying that international law was “pretty vague”.
In his appearance before the inquiry, Wood acknowledged that it was Lord Goldsmith who had the final word. The attorney general’s formal advice had come “very late”, he said.

Blix was chairman of the UN’s monitoring, verification and inspection commission, and the man tasked with finding Saddam’s weapons of mass destruction.
Like many others, in 2002 he believed they existed. Blix didn’t think that Iraq had a nuclear capability, however, and dismissed documents produced by Washington as fake.
In his February 2003 report to the UN Blix said that his inspectors hadn’t discovered any chemical or biological weapons. But he said the possibility “is not excluded”. Blix said it was his “firm view” that the invasion of Iraq was illegal, adding: “I think the vast majority of international lawyers feel that way.”
A Swedish diplomat, he later accused the Pentagon – those “bastards” – of smearing him to bolster its case for war.

A former submarine commander known for plain-speaking, Boyce advised the government on the deployment of British troops to Iraq. In 2001 he heard rumours that Washington was trying to tie in Iraq with the 9/11 bombers.
By 2002, as war preparations took shape, he blamed the Treasury for not providing sufficient funds for the armed forces.
Boyce also warned that post-invasion Iraq was likely to be a mess. He sought legal reassurances from government and told Blair that a power vacuum could lead to internecine fighting between Shia and Sunni populations, especially in Baghdad. Boyce further warned of “adventuring” by adjacent states in the Middle East and the fracturing of Iraq along ethnic lines. All of this happened.

A lawyer before entering politics, Hoon told the BBC’s Jonathan Dimbleby that a war in Iraq could be justified without a UN resolution. In the run-up to the invasion he admitted there were “private communications” between Bush and Blair – handwritten notes – that he didn’t see.
Giving evidence to Chilcot, Hoon admitted that postwar planning for Iraq had been woeful. It happened “late”, he said, with no one in cabinet responsible.
Hoon also said there was a tension between the need to plan for war covertly and the government’s public stance that diplomacy should be given a chance to work.

Straw was foreign secretary from 2001. He received unequivocal advice from his own department that a war in Iraq would be illegal. Straw didn’t accept it, though. Speaking to Chilcot, he conceded that the government first decided to invade, and then sought legal cover from the attorney general Lord Goldsmith.
Despite his apparent reservations about the war, and opposition from his Blackburn constituency, Straw fully endorsed Blair’s policy. He said it was “the most difficult decision I have ever faced” and expressed his “deep sorrow and regret” at the loss of life in Iraq among civilians and military.
He hasn’t admitted wrongdoing. Straw said: “I do believe that the action we took was justified.” In a 2012 interview with the Observer, Straw described giving evidence to Chilcot as “quite an ordeal”.

Leader of the Commons and former foreign secretary. Cook quit after Blair failed to obtain a second UN resolution authorising war. His resignation speech was a withering critique of the government’s Iraq policy and came a day before MPs voted on the coming invasion.
“History will be astonished at the diplomatic miscalculations,” he told the chamber, adding that the conflict had “neither international authority nor domestic support”.
Cook received a standing ovation. His criticism turned out to be gloomily prophetic. He died in 2005.

Like Cook, Short was also a critic of Blair’s, describing the prime minister’s support for war without UN backing as “reckless”. She threatened to resign but Blair persuaded her to stay in cabinet. Short quit after the invasion, in May 2003.
Her 2010 evidence to Chilcot was damning. She accused Blair of bypassing cabinet over Iraq and setting up an inner sofa government.
Short described the mood in cabinet at the time as febrile, adding: “We were just in a bit of a lunatic asylum.”

Her criticism of the war was frank. Manningham-Buller said the invasion wasn’t justified and substantially increased the terror threat to the UK.
In her view, the intelligence on the threat from Saddam Hussein wasn’t “substantial enough” to justify military action. Nor was there a link between Baghdad and 9/11 – a statement at odds with the neocon view in the Bush administration.
In her evidence to Chilcot, Manningham-Buller said that Blair’s decision to go to war made the UK more vulnerable and contributed to the 7/7 London bombings. “We did not believe he (Hussein) had the capability to do anything much in the UK. That turned out to be the right judgment,” she said in 2010.

Dearlove was professionally responsible – with Sir John Scarlett, chairman of the joint intelligence committee – for the Iraqi weapons dossiers. These contained a series of claims which were either wrong or exaggerated. Dearlove presided over an agency that was deeply split in the run-up to the invasion and MI6’s reputation has still to recover, at least as far as public opinion is concerned.
Some senior MI6 officers accused him of being too close to Downing Street and too eager to please Blair and his close advisers, including Alastair Campbell. Remarkably, Campbell was even allowed to chair a meeting of MI6 officers.
The bulk of Dearlove’s testimony to Chilcot has been redacted but in the course of some tetchy exchanges, he described criticism that he had too close a relationship with Blair as “complete rubbish”. MI6 “doesn’t ‘do ministers’,” he added.

Manning was both Blair’s foreign policy adviser in Downing Street (he was later appointed UK ambassador to the US) and a senior official at the Cabinet Office.
He was the author of a leaked memo on a key meeting between Blair and Bush at the White House on 31 January 2003.
Summarising the talks between the two leaders, Manning wrote: “Our diplomatic strategy had to be arranged around the military planning.” Manning’s memo added: “The start date for the military campaign was now pencilled in for 10 March … This was when the bombing would begin.”
Manning is alleged to have discouraged the then cabinet secretary, Sir Andrew (now Lord) Turnbull, from participating in meetings in Downing Street.

Both army commanders complained in evidence to Chilcot about the lack of time they had to prepare for the invasion, and lack of funds.
But they failed to give the same message to ministers – their political masters – or at the time raise their concerns. Nor did they insist they needed more time and money from the Treasury, more troops, and better equipment.
The result was that inappropriate equipment was sent to Iraq, including soft-skinned Snatch Land Rovers and boots which melted in the heat.

The army hierarchy believed, wrongly, that Saddam’s army would stay in place and maintain law and order in Iraq even after the invasion.