Russia denies charges of causing
civilian deaths in northwestern province amid reports of fighting
across the country.

Thousands of families are fleeing the
rebel-held city of Idlib after the heaviest bombardment in months,
coinciding with a separate increase in air strikes in Aleppo
province.

The developments come as Russia faces
charges that its air strikes have killed dozens of civilians across
Idlib province, including in an area near a hospital.


Despite strenuous denials from Moscow,
Turkey has called on the international community to rein in what it
called Russia’s growing military intervention in Syria.

The bombardment is part of a
government offensive to take Idlib city, the provincial capital in
Syria’s northwest, held by al-Nusra Front and its allies since March
last year.

Al-Nusra Front is not party to a
Russian- and US-brokered ceasefire that went into force on February
27 between government forces and moderate rebels.

“The air strikes are the most
intensive on Idlib since the beginning of the truce,” SOHR’s
Rami Abdel Rahman told AFP news agency.


SOHR said dozens of civilians were
also wounded in the raids on Idlib. However, the Russian defence
ministry has denied that its aircraft carried out any strikes on the
city.

“Russian aviation did not carry
out any military operations, still less air strikes, in Idlib
province,” Igor Konashenkov, a military spokesperson, said in a
statement.


Fighting in the north

At least 280,000 people have been
killed and more than half of Syria’s population have fled their homes
since the conflict first erupted in 2011.

In recent days, fighting has
especially intensified along the country’s northern border where the
Islamic State of Iraq and the Levant (ISIL, also known as ISIS) group
is targeting a strip of rebel territory.


The SOHR says thousands of civilians
remain trapped there owing to the fighting.

It said rebel groups in Azaz, in
Aleppo province, tried to launch a counteroffensive on Tuesday but
failed when ISIL blocked the attack with a suicide bomber, killing
six. 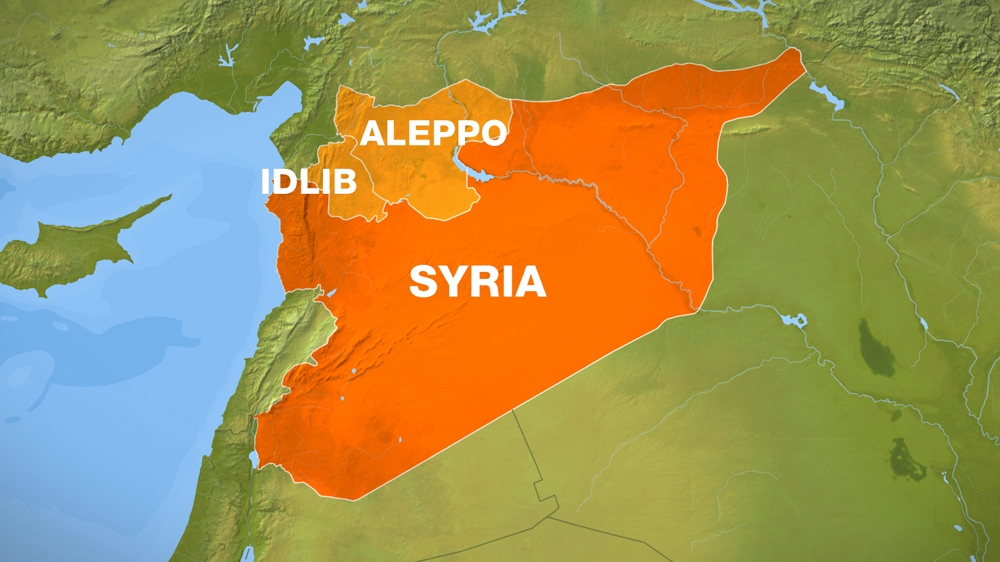 SOHR said ISIL swept towards the
opposition strongholds of Marea and Azaz on Friday, forcing thousands
of civilians to flee.


Meanwhile,
thousands of civilians are trapped in Marea and Sheikh Issa after
Kurdish authorities closed the main road towards the autonomous
Kurdish canton of Afrin to the west, according to the UN relief
agency.

“Due
to the closure of the Marea-Afrin road, an estimated 7,000 civilians
are effectively trapped in Marea and Sheikh Issa towns,” the UN
Office for the Coordination of Humanitarian Affairs (OCHA) said on
Monday.

About 2,000
people had already managed to leave Marea and Sheikh Issa before the
road was closed on Sunday, OCHA said.

It said
about 5,000 people in total have been displaced by fighting since
Friday, and the situation remains “volatile and unpredictable”.

Yacoub El
Hillo, the UN’s humanitarian coordinator for Syria, has called on
armed groups to “ensure the unhindered movement and protection
of civilians trying to reach safety”.

However,
Kurdish authorities announced on Sunday the closure of the two roads
from Afrin to Marea and Azaz in response to shelling of a
majority-Kurdish district of the provincial capital, Aleppo city, by
Syrian armed groups.

SOHR said
the groups continued to shell the Sheikh Maqsud neighbourhood on
Tuesday.

They have
been shelling Sheikh Maqsud for months after an advance by Kurdish
forces into rebel territory west of Marea, SOHR’s Abdel Rahman said.

An
estimated 130 civilians have died in the shelling since February, he
said.

The UN says
clashes have also trapped about 165,000 civilians between Azaz and
the closed Turkish border.

Pablo
Marco, the regional manager of Doctors Without Borders, said on
Monday that tens of thousands – many of them already displaced from
other areas – were caught less than 5km from the frontline with
“nowhere to go”.

The Syrian Democratic Forces, who
control an expanse of territory along the Turkish border, launched a
push south towards the ISIL stronghold of Raqqa last week, capturing
a string of villages in the north of Raqqa province.


“The SDF has captured 12 villages
… northwest of Raqqa in the past 36 hours,” the SOHR’s Abdel
Rahman told AFP.

He said the villages lie 80km or more
from Raqqa itself but that ISIL’s de facto Syria capital was not the
immediate goal.

Abdel Rahman said the target of the
offensive was the town of Tabqa and its adjacent dam on the Euphrates
River, which lie about 40km upstream. 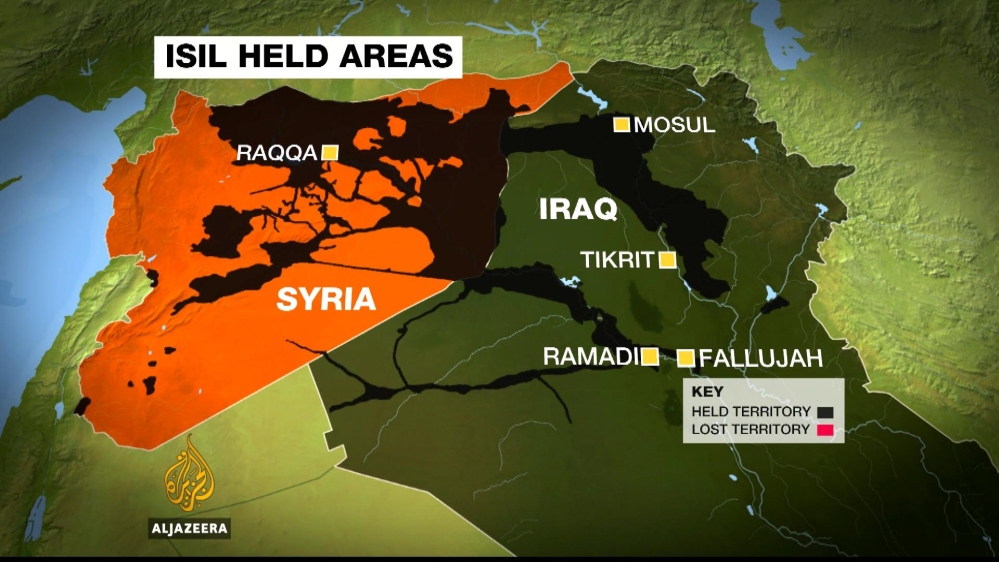 ISIL lost 18 fighters in the fighting
on Monday, taking its losses since the start of the offensive on May
24 to 79, he said.

Among those killed were 24 child
fighters from ISIL’s Cubs of the Caliphate recruitment programme.

The US has ignored protests from its
NATO ally Turkey to back the SDF, an alliance of Kurdish and Arab
fighters it regards as the most effective force on the ground against
ISIL in Syria.

The Pentagon has deployed more than
200 American special forces personnel to work alongside it.