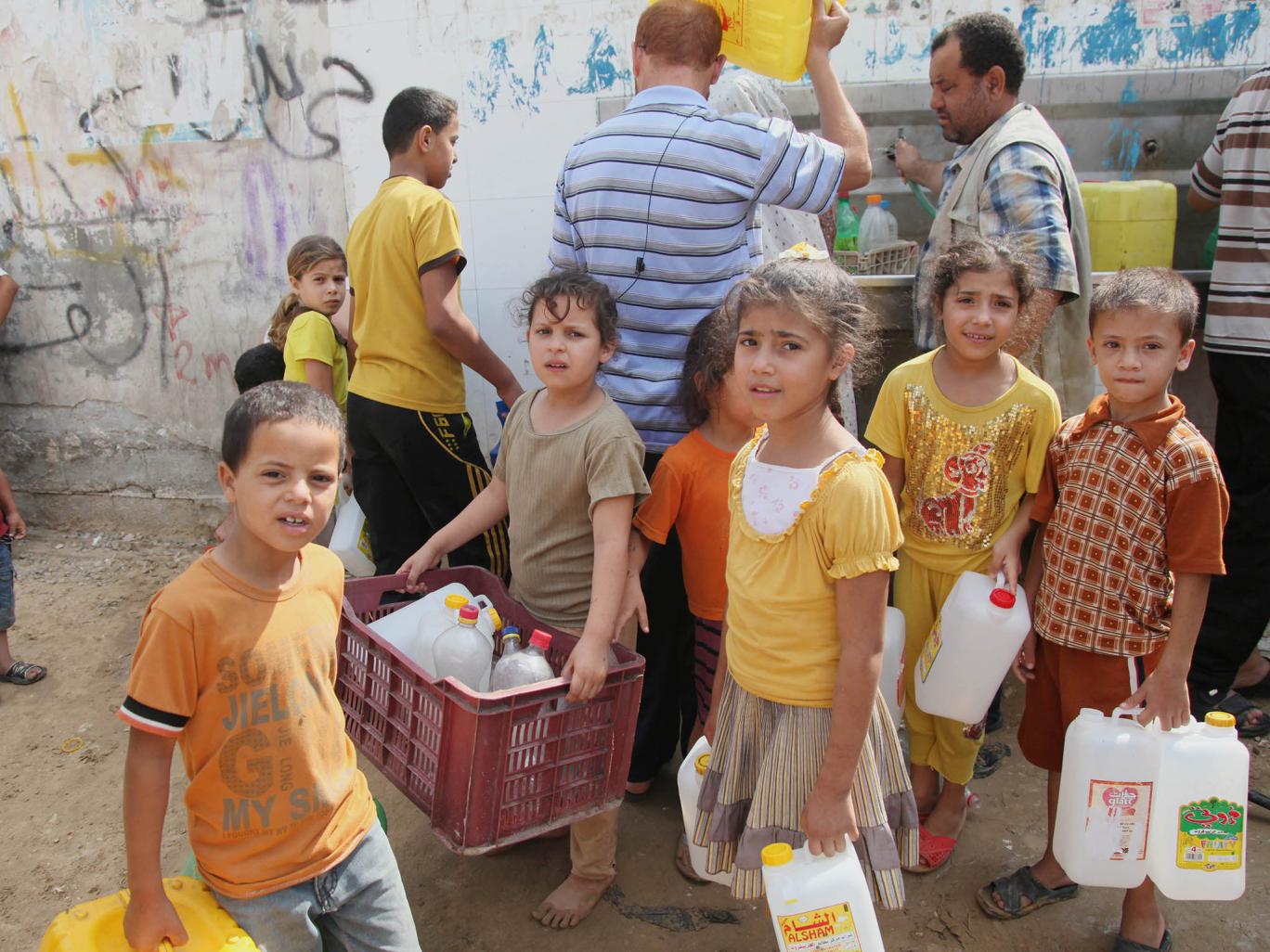 Tens of thousands of Palestinians are left without access to safe drinking water during the Islamic holy month.

Israel’s national water
company has cut crucial water supplies to large areas of the occupied
West Bank, leaving tens of thousands of Palestinians without access to
safe drinking water during the Islamic holy month of Ramadan.

Mekorot, the main supplier of water to Palestinian towns and cities,
siphoned off water supplies to the municipality of Jenin, several Nablus
villages and the city of Salfit and its surrounding villages.
Ayman Rabi, the executive director of the Palestinian Hydrology
Group, told Al Jazeera on Tuesday that in some areas people had not
received water for more than 40 days.

“People are relying on purchasing water from water trucks or finding
it from alternative sources such as springs and other filling points in
their vicinity,” he said.
“Families are having to live on two, three or 10 litres per capita
per day,” he said, adding that in some areas they had started rationing
water.

The city of Jenin, which has a population of more than 40,000 people,
said its water supplies had been cut by half, and warned that it would
hold Mekorot solely responsible for any tragedies resulting from water
shortages during the hot season.

According to the UN, 7.5 litres per person per day is the minimum
requirement for most people under most conditions but in some areas of
Palestine – where temperatures exceed 35C – the minimum requirement is
much higher.