David Cameron, The Brexit Bell Did Toll For Thee, And Those You Betrayed Require that You Let Them Be . . . 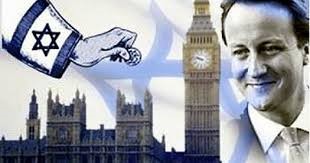 by William Hanna, 24 June 2016.
“If by Zionist you mean that the Jews have the right to a
homeland in Israel and the right to a country then I am a Zionist . . . ” David Cameron, Britain’s Conservative party leader, calling himself a “Zionist”
while condemning a British initiative for an academic boycott against Israel.