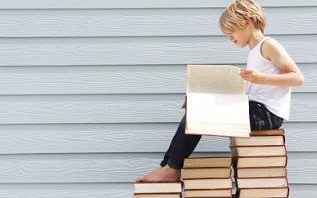 There
are many reasons to buy a book, from learning about a new topic to
the pure entertainment of immersing oneself in a different world.

A new generation has discovered one
more, experts say: expressing their personalities in an increasingly
online world.


Siôn Hamilton, the trading director
of Foyles bookshop, said he had noticed a tendency for people to want
to reflect their musical and reading tastes at home, retreating from
the digital age to embrace physical objects again.

Speaking at a Hay Festival, sponsored
by the Telegraph, Hamilton said Foyles’ new store had enticed a
“younger, trendier, more vibrant” group of customers, who
were well able to order books online but chose to visit a physical
bookshop instead. 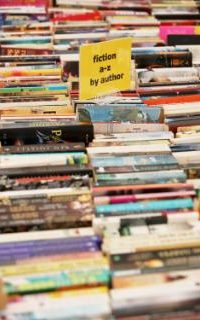 It
follows recent research but ICM showing 48 per cent of those who
bought vinyl do not play it within a month, with seven per cent not
owning a record player at all.

“I do think there is a certain
percentage of people who buy books and don’t actually read them,”
Hamilton told an audience, when asked about the trend.

“The problem with digitalisation
is that I could invite you over for dinner and play music in the
background, but you’re only going to be aware of what I’m playing in
that moment.

“To express my personality, I
need something physical on my shelves.

“I
think this is why these physical things are important.

“Is it a problem? No, because one
day they will play that record or pick up that book and look at it.” Foyles this year reported it was back
in profit after launching a new store at Charing Cross,  the
traditional book shop to embrace unlimited browsing, a social
experience, and the ability to immediately order out-of-stock books
and have them delivered to customers’ houses.

A Publisher’s Association report
earlier this month found physical books sale have enjoyed its first
growth in four years, while ebooks seem to have stalled.

That boost have come partly as a
result of lifestyle books, including a craze for adult colouring,
with industry leaders hailing a return to the “real”
printed book.

When
asked about what appears to be a trend, Hamilton said:   “Sales
of books about mindfulness and colouring in and lifestyle books like
Deliciously Ella seem to suggest people are searching for something.


“I think there’s an understand
that if you put a little bit of effort into something, if it requires
effort, then it’s ultimately more rewarding.

“I think there’s a connection
there. That’s probably something related to our use of social media
and screen life and the general speed that everything moves at
today.”

In a talk entitled “The Bookshop
Is Back”, Hamilton added:  “I have to say, at some
point book selling did feel a little bit like healthy eating. You
know you should do it but fast food was convenient and quick. “But I think people are returning
to a healthier diet and they are indeed returning to bookshops.”