The Tragedy Of Young Palestinians in Gaza


by William Hanna, 14.03.2016. “We want three things. We want to be
free. We want to be able to live a normal life. We want peace. Is that too much
to ask?”
From The Gaza Youth Breaks Out (GYBO)
Manifesto 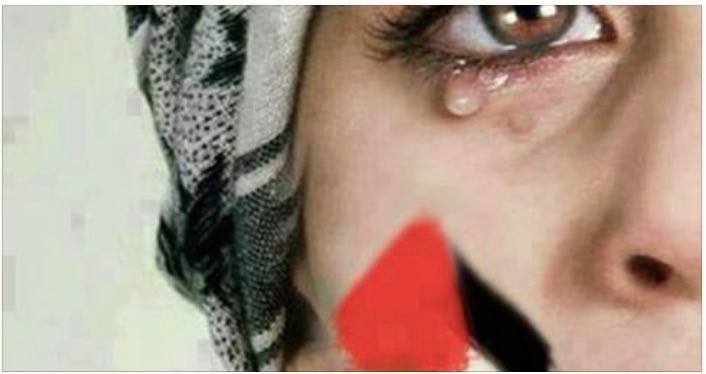 Some years ago, an anonymous group of
young Palestinians started the GYBO movement whose Manifesto — possibly a plea
to the world community for help — took no side in the conflict, but simply
stated the desire for a stable, peaceful future without their being the victims
anymore. That desire for peace was a significant indication of indigenous
Palestinian intentions as opposed to the ethnic cleansing policies of their
Israeli occupiers whose rapacious racist views were reiterated by deputy
foreign minister Tzipi Hotovely when she claimed that “This land is ours. All
of it is ours. We did not come here to apologise for that.”
In spite of that bitch’s assertion — and
former virago Prime Minister Golda Meir’s claim that “there is no such thing as
a Palestinian people . . . It is not as if we came and threw them out and took
their country. They didn’t exist” — the Palestinian people have been in
existence for centuries and still are existing despite brutal air, sea, and
land blockades that prevent freedom of movement and the import of essential
foods, much needed medical supplies, and the materials necessary for
reconstruction of the infrastructure that war criminal Israel had so
barbarically destroyed.
Any hope for the continued existence
of a Palestinian society in the future therefore rests with its youth. Gaza’s population for example is
predominantly young with half of its 1.8 million people being younger than 14,
and 20 percent being between the ages of 15 and 24. Like other regions in the
Middle East, Gaza’s youth unemployment rate is among the
highest in the world at a staggering 50 percent.
The economy and job market in Gaza have been limited by the aforementioned restrictions and poverty plagues more than a fifth
of its population. For young people, higher education and work opportunities
are not easy to come by with the under-14 population bubble
constantly increasing the influx of working-age youngsters for whom there are
no jobs.
It is consequently heartening to see
Young Palestinian taking the initiative and becoming involved with
organisations such as GYBO and the Palestinian Youth Empowerment Program. One
interesting enterprise, Hand Made, concerns Palestinian embroidery which is an
important part of Palestinian identity. The Bethlehem Museum sums up this
traditional Palestine craft as follows:
Among the turmoil and tragedy of
present Palestinian existence, the beauty of Palestinian embroidery is like a
ray of light that brings a smile to most people’s faces. Whether one is living in Palestine or anywhere
else around the globe, it is a source of great pride and joy that one
incorporates into one’s
life, whether as pillows and wall hangings to decorate a home, a traditional
dress to wear at special parties, an elegant evening jacket, or a priceless
gift to give a friend. As old workshops and young designers find new ways to
introduce Palestinian embroidery into elegant modern wear, the survival of this
precious heritage is perpetuated and strengthened.
Although some individual features of
Palestinian costume and embroidery are shared with aspects of textile arts of
neighbouring Arab countries, the Palestinian style has its special uniqueness
that is easily recognised by textile art enthusiasts all over the world. Most
books on international embroidery present Palestinian traditional costume and
embroidery as the prime example of Middle Eastern embroidery, affirming its
worldwide fame.
How did this art form develop?
Actually, a study of the development of the traditional Palestinian costume
through the ages proves that this traditional costume contains historical data
that documents centuries of textile-art development in the region, an art form
that has somehow amazingly survived to this day. Whether one studies the
ancient traditional simple cut of the thobe, the history of the headdresses and
accessories, the amazing variety of styles of embroidery, the types of
stitches, or the ancient origins of its patterns and motifs, one is deeply
impressed with the historical richness of this legacy that dates back thousands
of years, and which affirms the antiquity of Palestinian existence and roots,
and the survival of its ancient heritage.

For
more information on Hand made Palestinian embroidery email: Amnamoh7@gmail.com
Or
visit:  (https://www.indiegogo.com/projects/hand-made–2/x/13425122#/)
William Hanna is a freelance writer
with published books the Hiramic Brotherhood of the Third Temple and The Tragedy of Palestine
and its Children. Purchase information, sample chapter, other articles, and
contact details at:
(http://www.hiramicbrotherhood.com/)