by Nir Hasson, Haaretz, March 10, 2016. The Movement to Save Jewish Jerusalem wants Israel to wall 200,000 Palestinians out of the capital and deny their resident status. 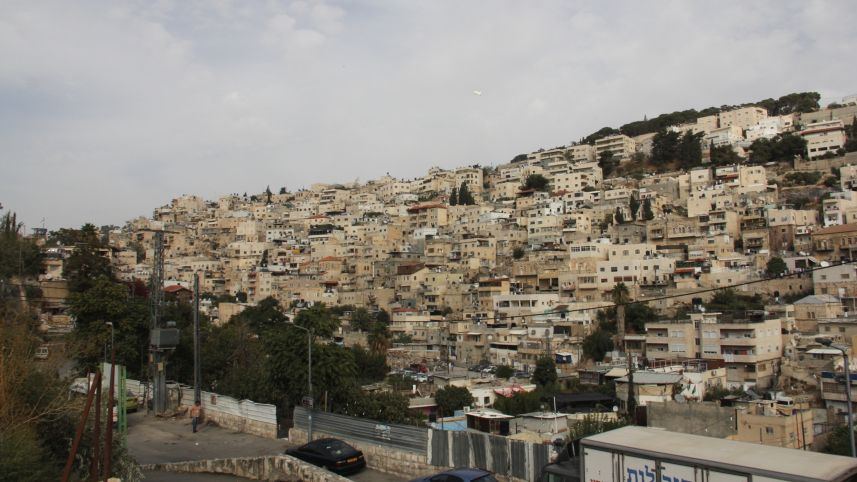 In the bus, which was flanked on either side by Border Police jeeps, were former cabinet minister Haim Ramon (Labor) and a number of former senior officials in the defense establishment. The officials were former police commanders Alik Ron, Arye Amit and David Zur, Col. (ret.) Shaul Arieli and former adviser to Jerusalem mayors Amir Cheshin – all members of the Movement to Save Jewish Jerusalem.

The tour was intended to advance their plan to withdraw unilaterally from most of the capital’s Palestinian neighborhoods and build a new wall cutting them off from the city.

The plan will correct two colossal historic mistakes Israel has made, he said. The first is the annexation of numerous Palestinian villages to Jerusalem immediately after the Six-Day War. The second is the separation fence that Ariel Sharon decided on, which left almost all of Jerusalem’s municipal area on the Israeli side of the wall.

“Sharon was afraid of confronting the radicals in his party,” said Ramon.

PLO Secretary General Saeb Erekat told Haaretz, “This is not a ‘separation’ plan, it’s an annexation plan. It would effectively separate people from their families, property, hospitals, schools, jobs and holy places…There can be no two-state solution without East Jerusalem as the capital of Palestine on the 1967 border.”