Optimism of the Will 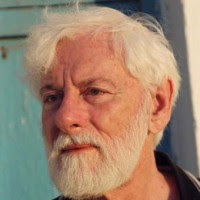 by Uri Avnery, Gush Shalom, February
6, 2016.
SO NOW we have
another anti-Semite. Mazal Tov (“good luck”) as we say in Hebrew.
His name is
Ban Ki-moon, and he is the Secretary General of the UN. In practice, the
highest international official, a kind of World Prime Minister.
He has dared
to criticize the Israeli government, as well as the Palestinian Authority, for
sabotaging the peace process, and thereby making Israeli-Palestinian peace
almost impossible. He emphasized that there is a world-wide consensus about the
“Two-state Solution” being the only possible one.
The
formulation sounded neutral, but Ban made it quite clear that almost the entire
fault lies with the Israeli side. Since the Palestinians are living under a
hostile occupation, there is not much they can do one way or the other.
Anyone blaming
Israel for anything is, of course, a blatant anti-Semite, the latest addition
to a long line, starting with Pharaoh, king of Egypt, a few thousand years ago.

I AM not
criticizing Ban, except for being too soft-spoken. Perhaps that is the Korean
style. If I had been – God forbid – in his place, my formulation would have
been a lot sharper.

How, exactly,
should we curse him?