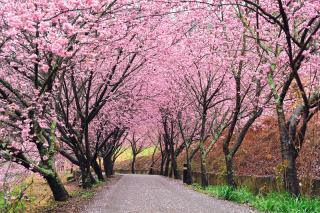 “Let us be grateful to the people who make us happy; they
are the charming gardeners who make our souls blossom.” Marcel Proust
I am so grateful for all that is happening in resistance
to the incredible odds and repression practiced by the elites in power. While
some may get activism or compassion “fatigue” , there are literally millions of
people deciding to leave their apathy behind and put their hands with other
people to work.  Our tiny little small
part of the world (Palestine now an apartheid sate called a “Jewish state”) has
become a major center of global activism. This centrality can be due to many
factors:
1.Religious centrality to three main religions, one of
which was hijacked for political purposes locally in the past (Christianity
–> Crusaderism), the other hijacked in the past 150 years and is still
strongly hijacked (Judaism –>Zionism) and the other more recently and in
nearby areas beginning to be hijacked (Islam –> Isis and Wahhabism).

2. Nowhere else on earth is Western government hypocrisy
more evident than in Palestine. While the western leaders speak of democracy
and human rights, they support an apartheid racist “Jewish state” that engaged
and engages in racism, war crimes, crimes against humanity and ethnic cleansing
(so far 7 million of us Palestinians are refugees or displaced people).
Thus, this is the Achilles heel of Western propaganda. 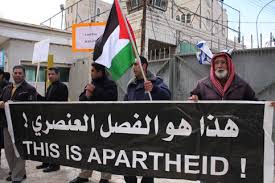 3. The 12 million Palestinians in the world, most
refugees and others squeezed into bantustans have been remarkably peaceful and
tolerant and had a long history of popular resistance for the past 130 years
that provided a stellar example to the world (see my 2012 book “Popular
Resistance in Palestine: A history of hope and empowerment”).
4. Israeli citizens and the global community are
increasingly joining hands with us to demand justice as the only road to peace.
5. More and more people realize that peace in the “Middle
East” (Western
Asia) and around the world is dependent on peace for
Palestine. Zionism with its (sometimes dominant, sometimes subservient) twin US
imperialism are and have been most destructive forces in causing global
conflict.
But what really gives us optimism daily are the people we
interact with.
Students at the universities who see the importance of
knowledge (power) and come to school with enthusiasm even in the face of
suppression of their movement. Farmers that work hard in their fields even as
land and water are being taken from them by the occupiers. Unarmed young
demonstrators showing bravery in challenging the heavily armed Israeli forces
(who occasionally murder them). Thousands of political prisoners and
“administrative detainees” who resist the prisoners (one on hunger strike is
close to death). Activists who sometimes sacrifice comforts to be with us.
Organizers of boycott, divestment and sanctions (BDS)
activities around the world who refuse to be silenced by illegal measures their
governments try to impose on them to suppress free speech. Volunteers at our
activities from refugee camp youth centers like Al-Rowwad to our Institute of
Biodiversity and Sustainability (http://www.palestinenature.org/about-us/
).
Sometimes small actions make us retain our sanity and
gives joy and meaning to our lives. Just this past week:
– A small village of Izbet al-Tabib managed to gather 300
demonstrators protesting the illegal confiscation of land and resources to
serve settlers.
-We saved a cattle egret (bird with long legs and beak
from the heron
group) which had been shot and with a macerated wing. We
did an operation that saved its life (unfortunately the wing had to be
amputated).
-We released a fox that was drowning in a water treatment
pool in the Bethlehem garbage dump site.
– My tourism class did an exercise to help in a local
tourism promotion project.
-We noted several species of butterflies in our botanic
garden already and the flowers of rare orchids and even the Star of Bethlehem
-We had our first class in biodiversity for the new master program in
environmental biology at Birzeit University.
-We received dozens of visitors to our facilities and
added to our very large network of friends (now tens of thousands) -We
submitted two small grant proposals (we hope to start to do major fundraising
soon for our museum, botanical garden, and institute of biodiversity and
sustainability) -Our aquaponic system is doing great and we expect our first
harvest next week (lettuce)
– We said goodbye to some volunteers and we welcomed
others who helped us build this institution.
We expect to receive more volunteers next week including
a professor from Jordan and an aquaponics researcher from Switzerland and at
least 10 students from Bethlehem University doing their community service. We
are so grateful for all the above and we welcome volunteers and supporters with
all backgrounds and skills. We are guided by love and respect (to ourselves, to
others, then to nature). We are strengthened amid all the suffering (here in
Gaza, in Syria, in Yemen etc) by human connections and by caring for each
other.
Israeli soldiers beat detained Palestinian teenaged boys https://www.youtube.com/watch?v=Mzw2D5iL0bg
Palestinian Teacher Among World’s Top 10 http://www.palestinechronicle.com/palestinian-teacher-among-worlds-top-10/
Reconstruction Of Gaza: Zero Buildings, Massive Profit http://www.whoprofits.org/content/reconstruction-gaza-zero-buildings-massive-profit
Should Jews Have To Pay Reparations for Slavery? Richard
Kreitner http://forward.com/culture/213776/should-jews-have-to-pay-reparations-for-slavery/
“Some people grumble that roses have thorns; I am
grateful that thorns have roses.” Alphonse Karr
Stay human