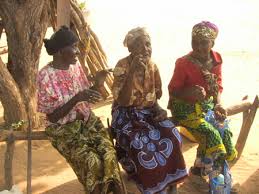 In the
strongholds of African culture, an elderly person still remains a respected
person.  This person is looked upon as a
source of wisdom therefore needs to be accorded due respect.  However, such a person is not above human
nature, everyone is bound to make a mistake or a blunder once repeated.
But in a bid to
keep respect for elders, one of the Chewa proverbs says “Wamkulu Salakwa / Wamkulu
Sauzidwa.”  That literally means,
“An
elderly person does not misfire or an elderly person cannot be advised or
castigated.”  It may be had for
you to understand.  What the proverb
teaches the young is that elders are source of wisdom because they have lived
longer and have seen and passed through different things and so can advise
based on their experience and wisdom. But also the proverb wants to caution
then young on how best they can approach an elderly person once they see fault
in that person.  The respect should still
be maintained while just reminding of the elderly person, that …. “they have
forgotten ….. this and that …” and not to put them to shame.
It should also
be noted that there is always someone who is senior most even in age who can
advise the ones seen as elderly people, so one can take that option to seek
advice through another person who can advise the elderly one.
Having a big nose does not mean one is an expert at
blowing them up (Ukula
mphuno sindiko kudziwa kumina) 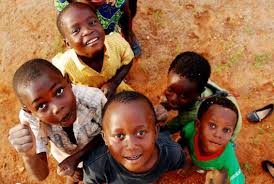 When a child is
born, of course every child is born differently from the other.  They are born on different days and
times.  They have different mothers and
places of birth, but also with different weight and sizes of their limbs.  And so when they grow up, the differences
still remain.  They may undergo a lot of
physical change of their bodies giving them different shapes as well.
One part which
everyone has is a nose and as one grows, it also grows.  But when one is a child, despite having the
nose, the skill of cleaning the mucus from the nostrils is not much there.  It is very common to see children with mucus
on their nose or on the upper lips.
However, among
the grown up, one may be misled to think that probably having the big nose
would ease the cleaning of the nose once one is sneezing.  That is far from it because if some grown-ups
with big nose they still struggle to deject the mucus from their nostrils and
have a clean nose.  Some would close with
a finger their one nostril and try hard to blow the other to remove the mucus
others would use different fingers to pinch the nose and blow up the nostrils
but to no avail.  Other would use a
handkerchief others bare hand but that may not be the best way.
From the wisdom
point of view, this proverb teachers us that it is not through size that we can
qualify someone to be good at something. No!
For instance, having a big head does not qualify one to be intelligent.
Cats never win a case in a court of dogs (Mphaka mlandu sungamukomere
ngati aweruzidwa pa bwalo la agaru) 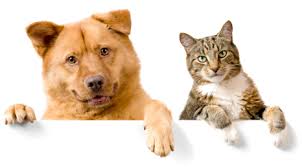 A cat is a
domesticated animal and so a dog.
Sometimes, they are very dear to their masters. However, most of the
times, the cat and the dog never live in peace.
Sometime one would witness fierce fights between these two animals yet
belonging to the same owner.  If it so
happened that a dog was to drag a cat to the courts run by dogs, a cat would
find it very hard to put up defence and win the case.  It will never win!
This is so true
with humans when there is some kind of discrimination based on whatsoever
reason, and there is a court case, it will be an uphill battle for the
segregated or oppressed individual or group to win the case.
People are still
segregated on political groups, ethnic grounds, religious or racial grounds or
because they are the poor and marginalized in society.  Such people do not experience pure justice as
their voice is fainter than the drop of a needle on the ground.
You do not say bad about your dwelling place   (Pamsasa Saipitsa)
This proverb is
mainly said to those who plan to leave their village to another locality.  It is normal that people may live in one
locality for a long time. However, when a time comes for them to leave,
especially when they are seemingly going for greener pastures, it is common
that they start looking for faults about the place and want to publicise
them.  This proverb strongly warns
against such a habit.
The reasons of
leaving differ as it could be that one is just changing the environment, or
there is change in social status or they are just going to a prolonged visit
somewhere.  The proverb is given to warn
them not to say bad about that village because one day they may come back, find
the same people they have painted black, and then live with them again.
In a wider
scope, one should not say bad things if they are leaving a family or a house
where they have lived in or they have been kept for some time.  Never say evil even when one leaves any work
place or an association in which they could belong because in this life we all
need one another at some point.  If
anything, try to forgive, live in peace and go on with daily life.
It takes the whole village to raise a child (Mwana wa mwini ndi wako,
ukacenjera manja udya naye)
It takes the
whole village to raise a child.  It is a
fact that, a child cannot have the whole village as parents – father and
mother.  That child is only a biological
child on only two people and the whole village knows that, but a child should
see each and everyone in the village as his or her parents.  That way the child will grow up respecting
other members of the village too.  Above
all the child will learn to take their advice too as she or he grows. 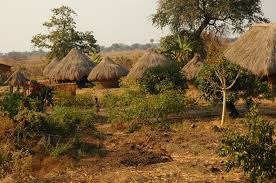 In the
stronghold of African tradition and culture, every elderly person can advise
the child because the good upbringing and achievements of the child would
contribute to the whole village.  Many
people will benefit from the success of a good child who appreciates his or her
roots.  People take so much pride if
among them some of the children succeed in life by having good marriages; good
jobs and they constantly keep in touch with their parents in the village.
The child is not
only seen to belong to his biological parents only but belongs to the whole
village, hence the saying, in African context, “It takes a village to raise a
child.”