Sargis Muradyan: From the Past to the Future 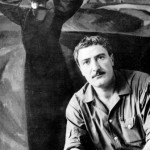 by Aygun Uzunlar, ProMosaik e.V. – From 7-18 of October 2015 the Greek Consulate in Istanbul organises a very interesting art exhibition of the Armenian Artist Sargis Muradyan (1927-2007). Art is a mean to promote peace, and I am sure that artistic encounter can help to improve dialogue between Armenians and Turks.
A couple of biographic details about the artist:
Born on June 23, 1927 in Yerevan.
1943-1945: student of P. Terlemezyan Art School.
1945-1951: student of the Yerevan Institute of Fine Arts.
1954: member of the Artists’ Union of Armenia.
1961: Honored Artist of Armenia.
1972: Honored Art Worker of Armenia.
Head of the delegation of artists, participants of the Decade of Soviet Art in Romania (1973) and Bulgaria (1975).
1976: State Prize of the USSR.
1976: commissary of the exhibition of Soviet Art in Iran.
1978: People’s Artist of Armenia.
1982-1987: president of the Artists’ Union of Armenia.
1986: associate member of the Russian Academy of Fine Arts.
1985-1990: member of the Supreme Council of ArmSSR.
1990-1995: member of the National Assembly of the Republic of Armenia.
From 1961, lecturer (from 1981, professor) of the Yerevan Institute of Fine Arts.
Died on July 12, 2007 in Yerevan.
The most important matters of its art are his country, his religion, the landscapes of the country, Armenian people, the small churches and villages of Armenia. Two very impressing paintings were also the pianist, and the Golgotha of Armenian intellectuals, surrounded by the symbolic red of fire.
In the following my photos to get a first idea of this great Armenian artist. One of the paintings also shows Istanbul.
The exhibition was organised by Paros, a montly Armenian magazine, having been published in Istanbul since 4 years now to promote intercultural dialogue and mutual understanding between Turks and Armenians in the country and abroad. Art is the universal language of the soul. So I think it can help promoting this spirit of peace and empathy. 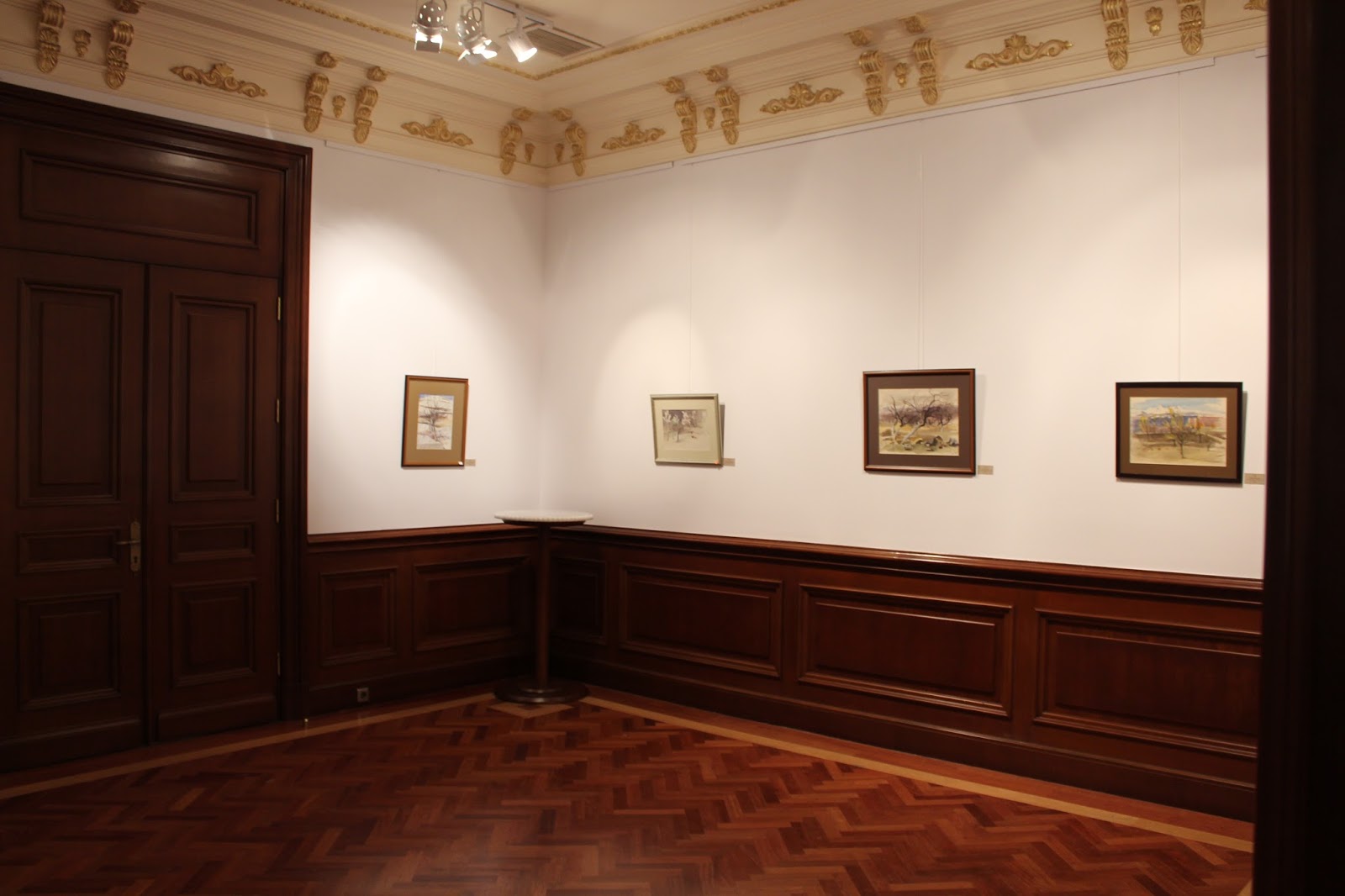 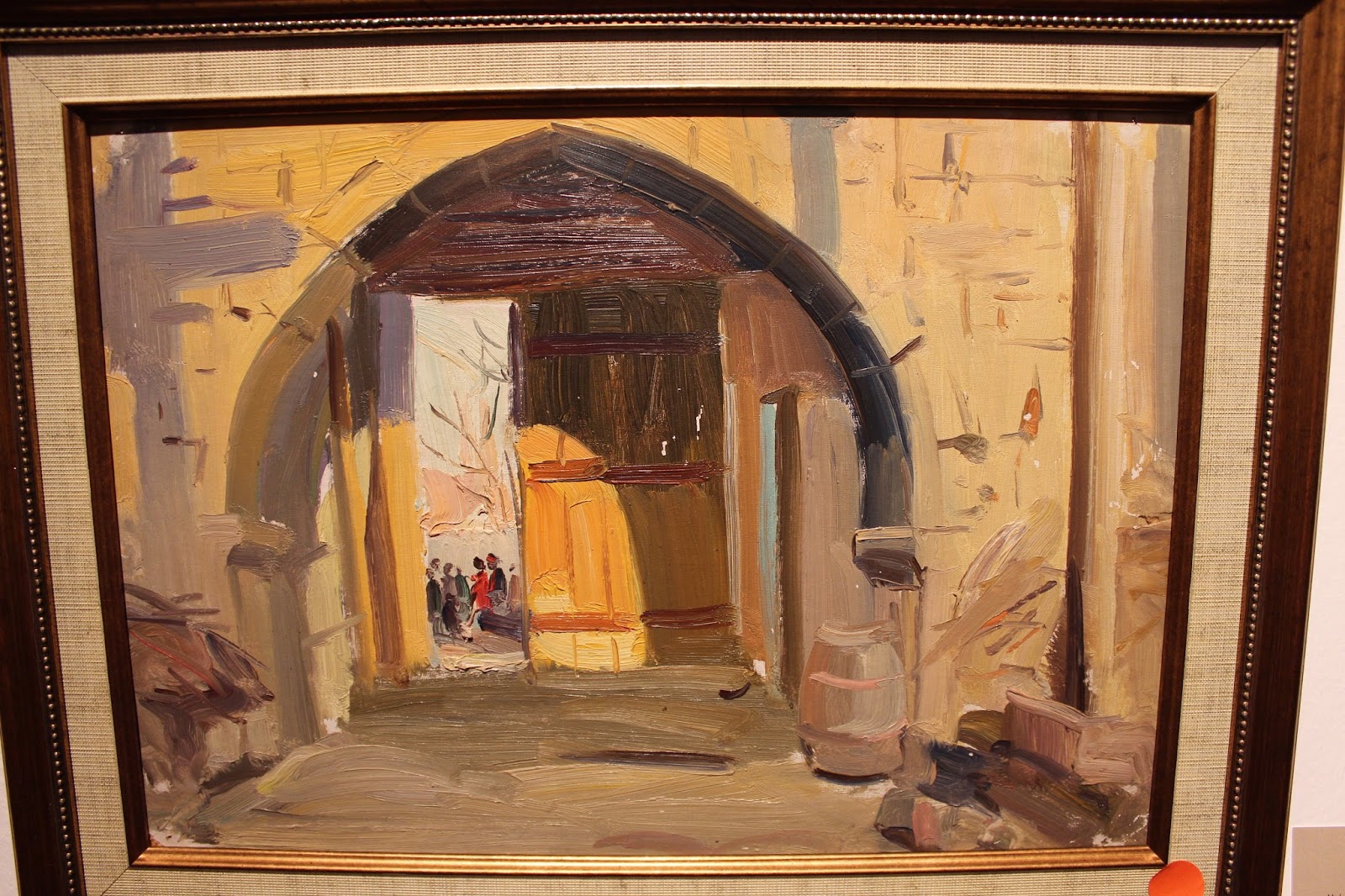 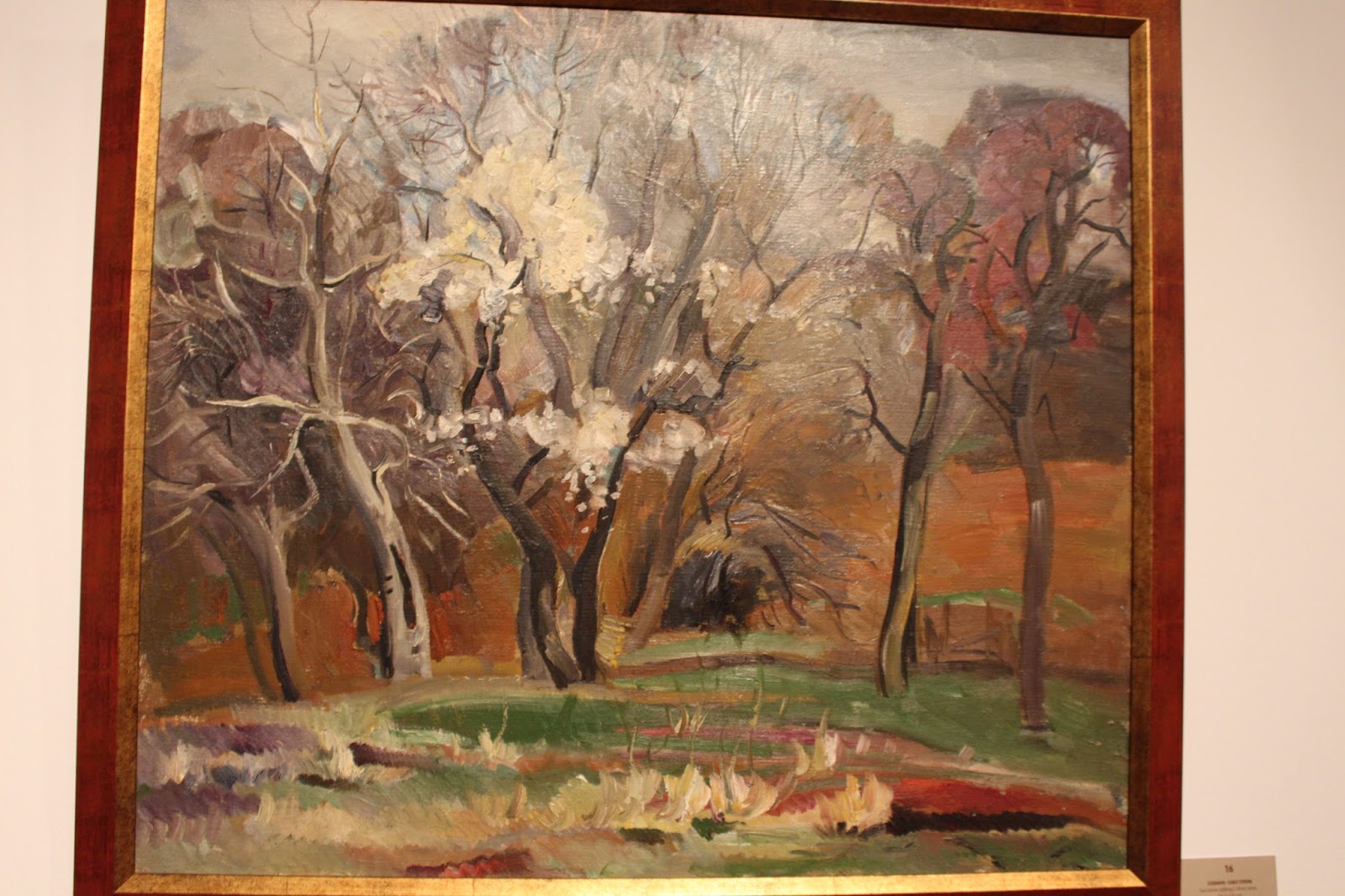 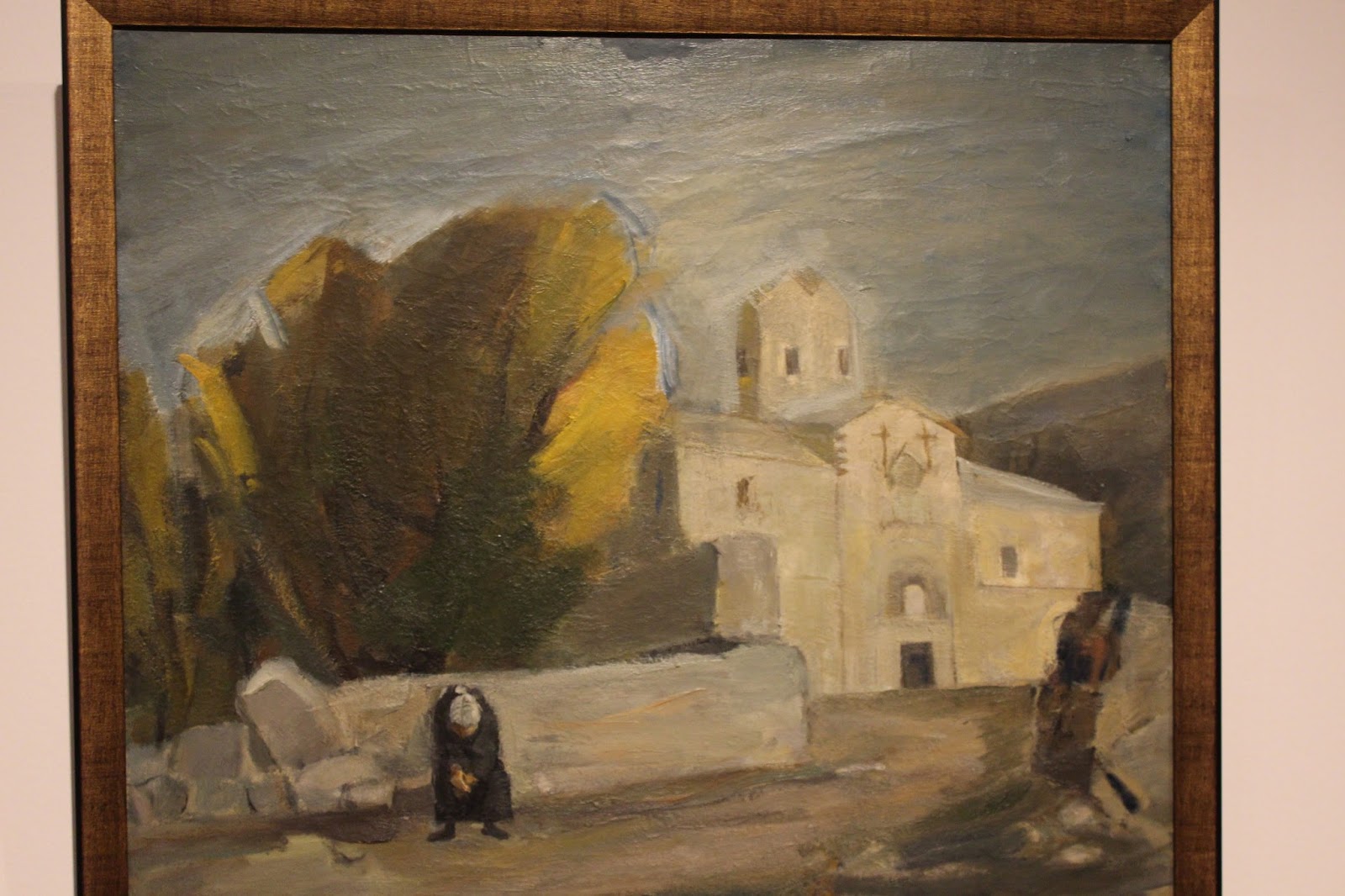 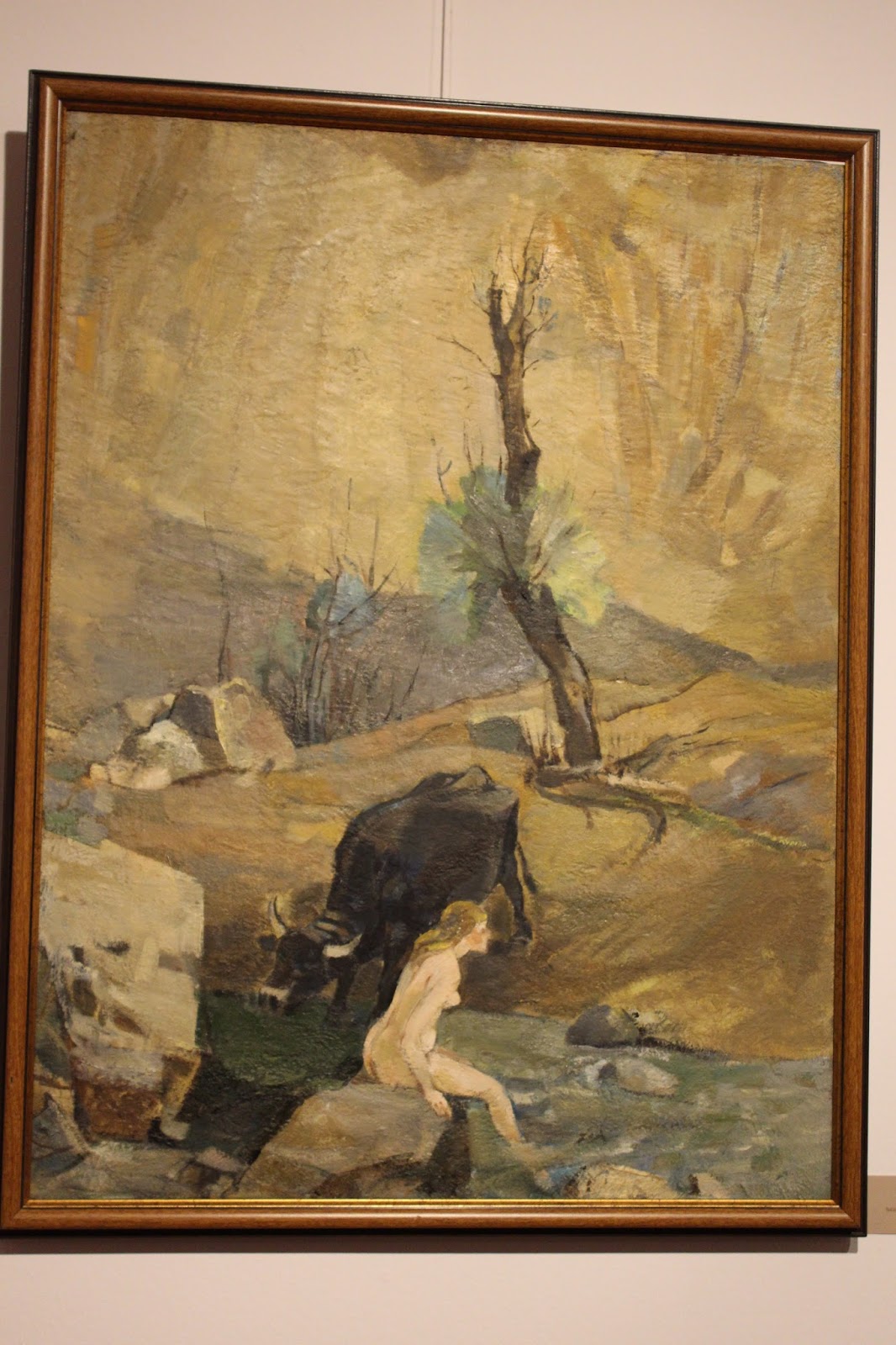 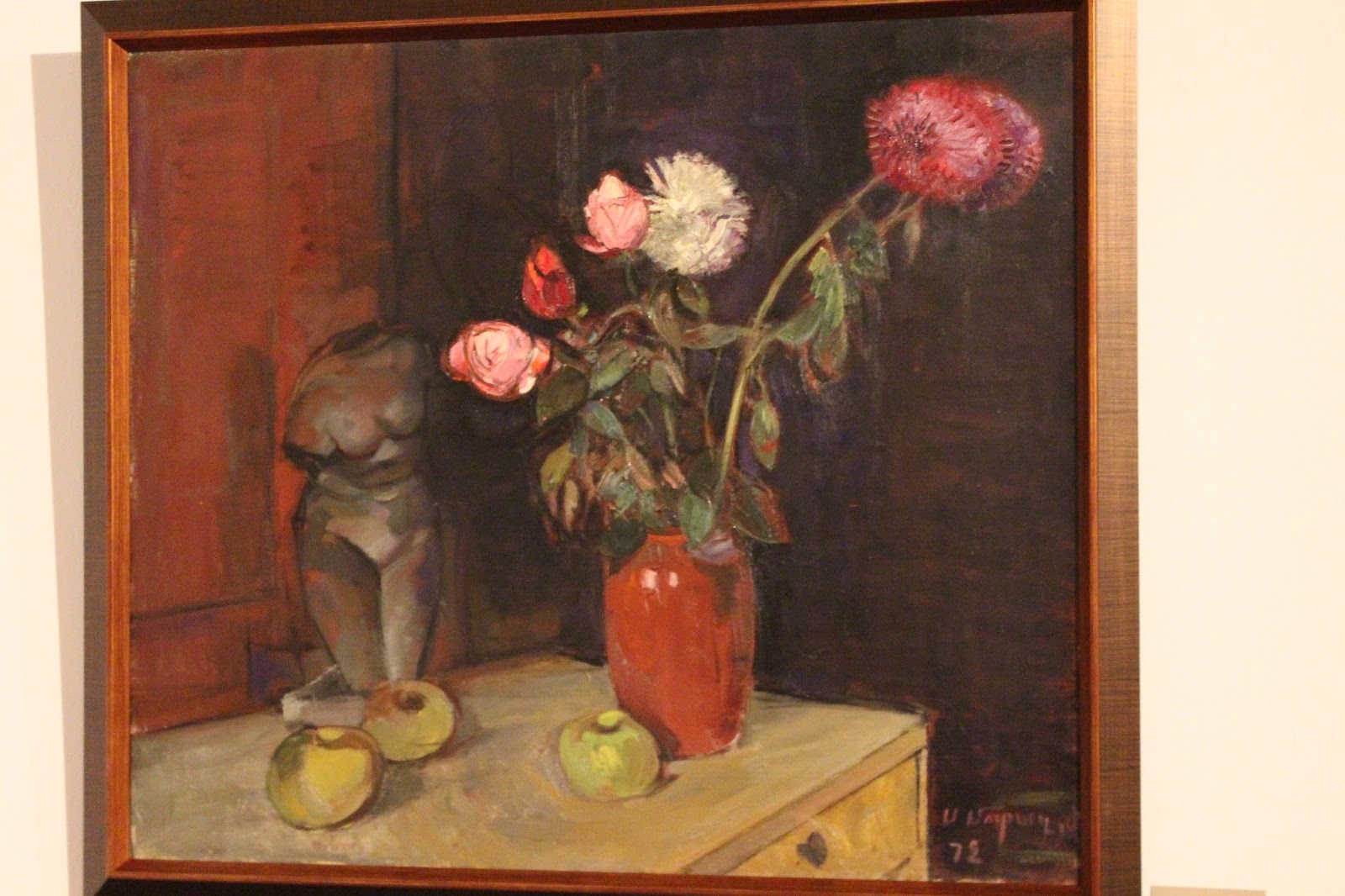 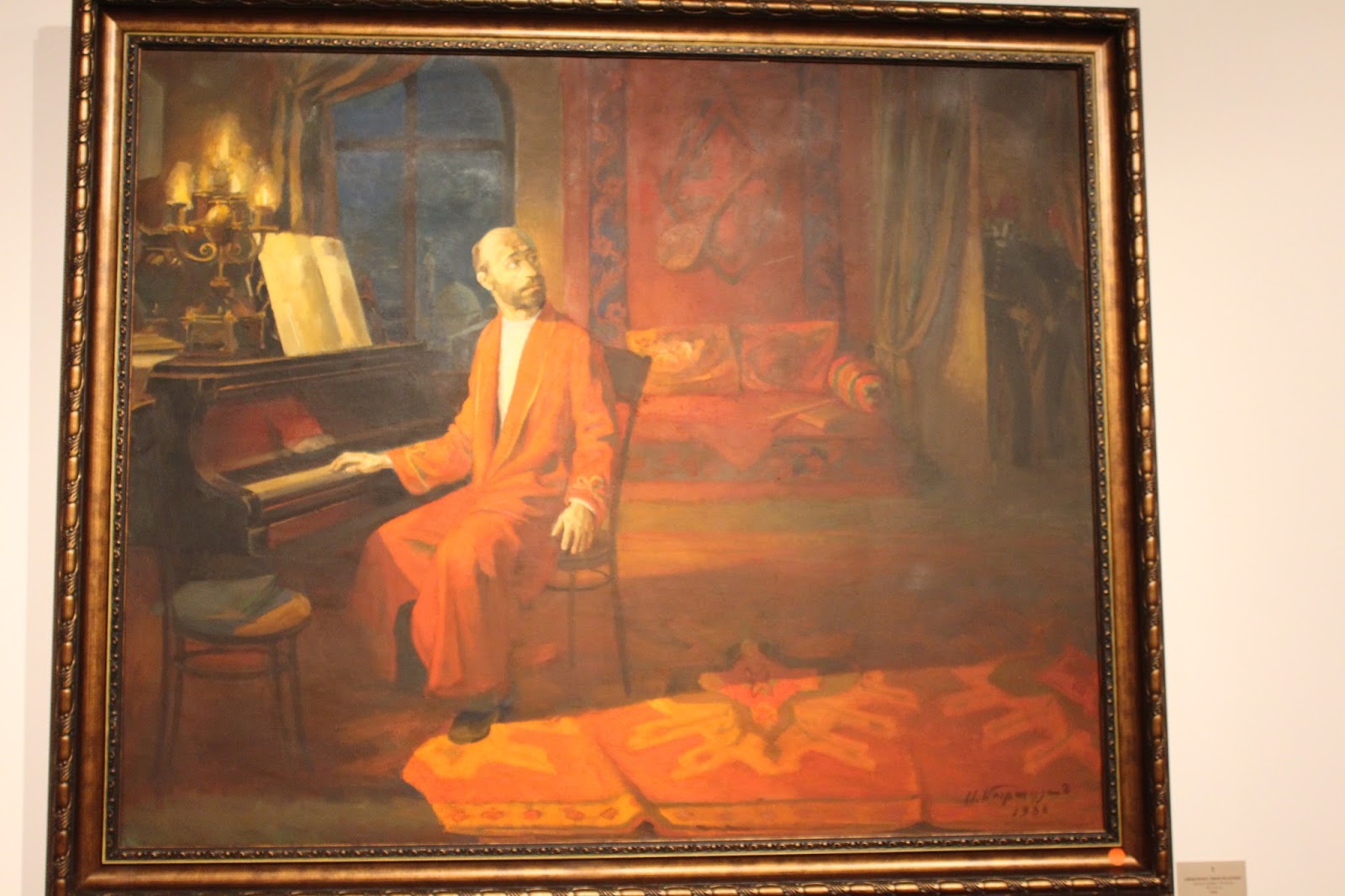 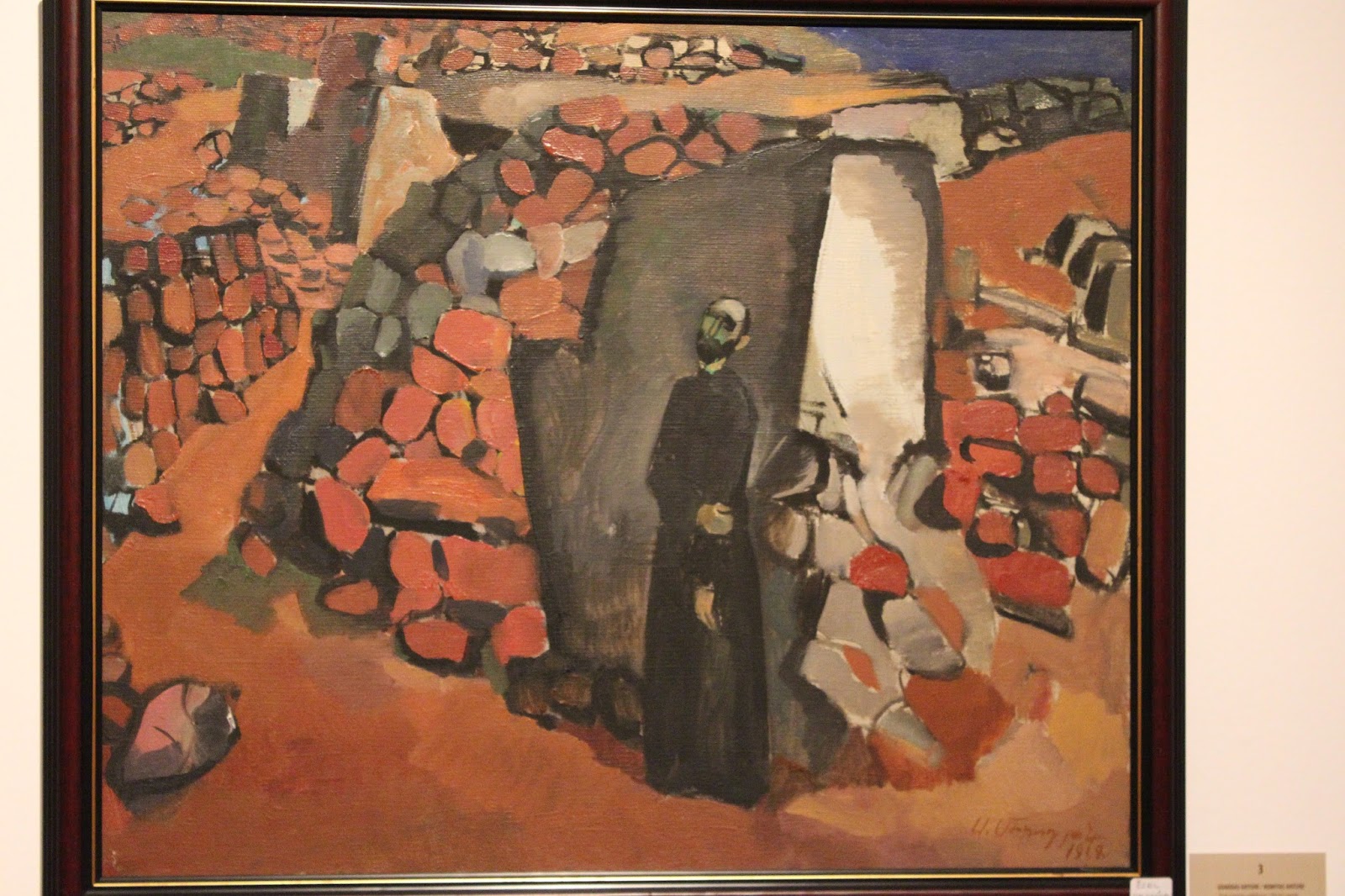 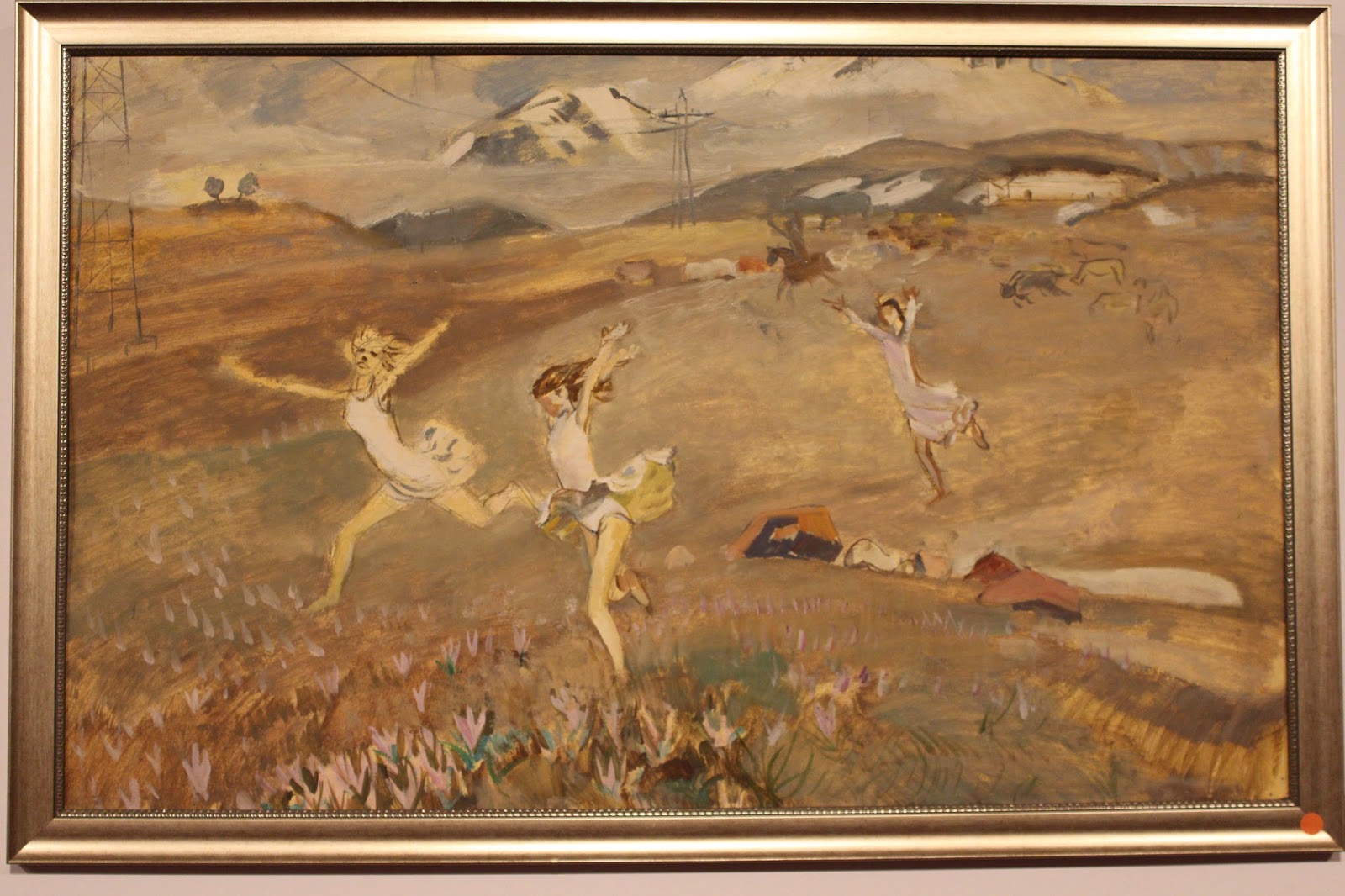 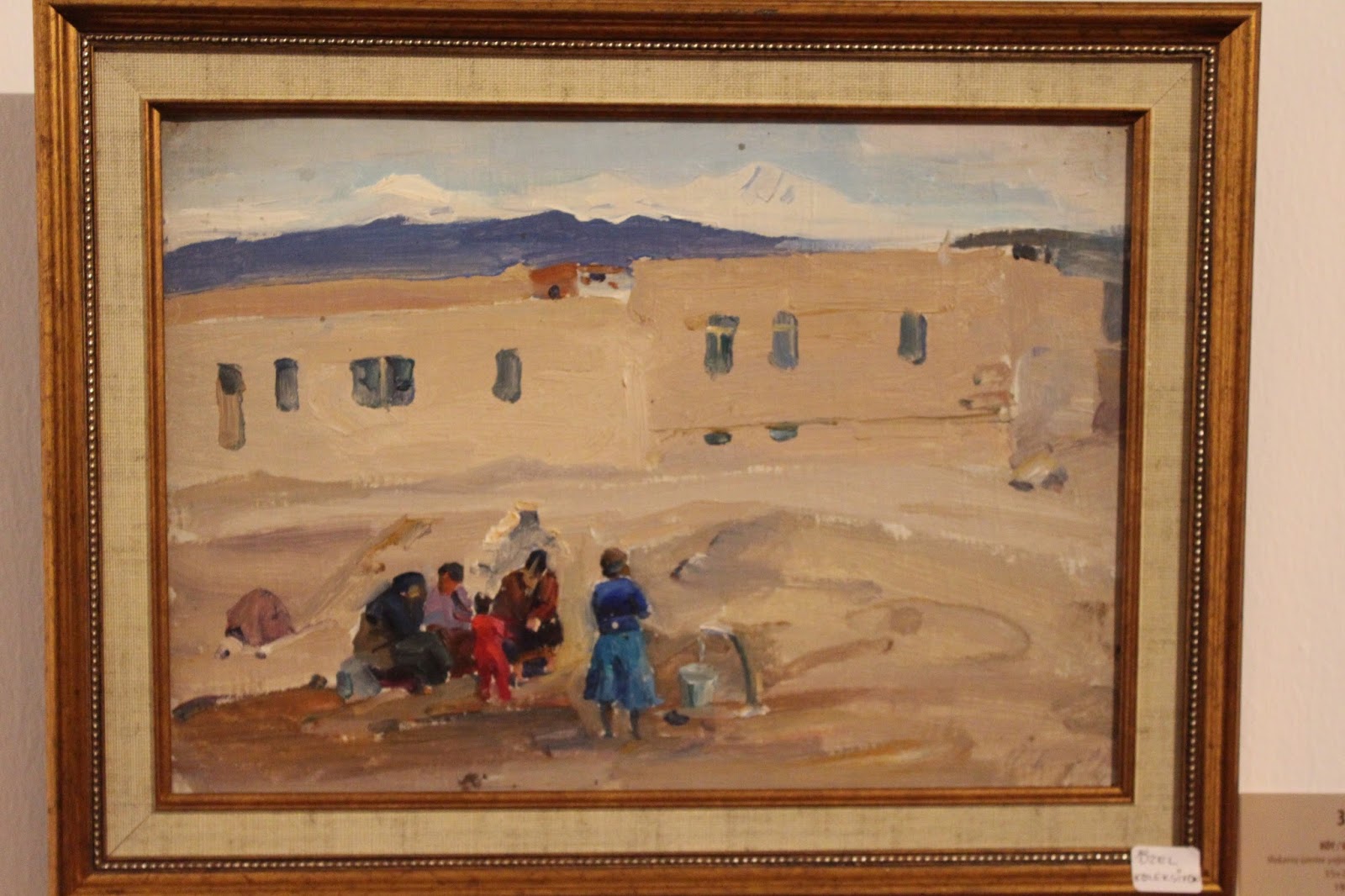 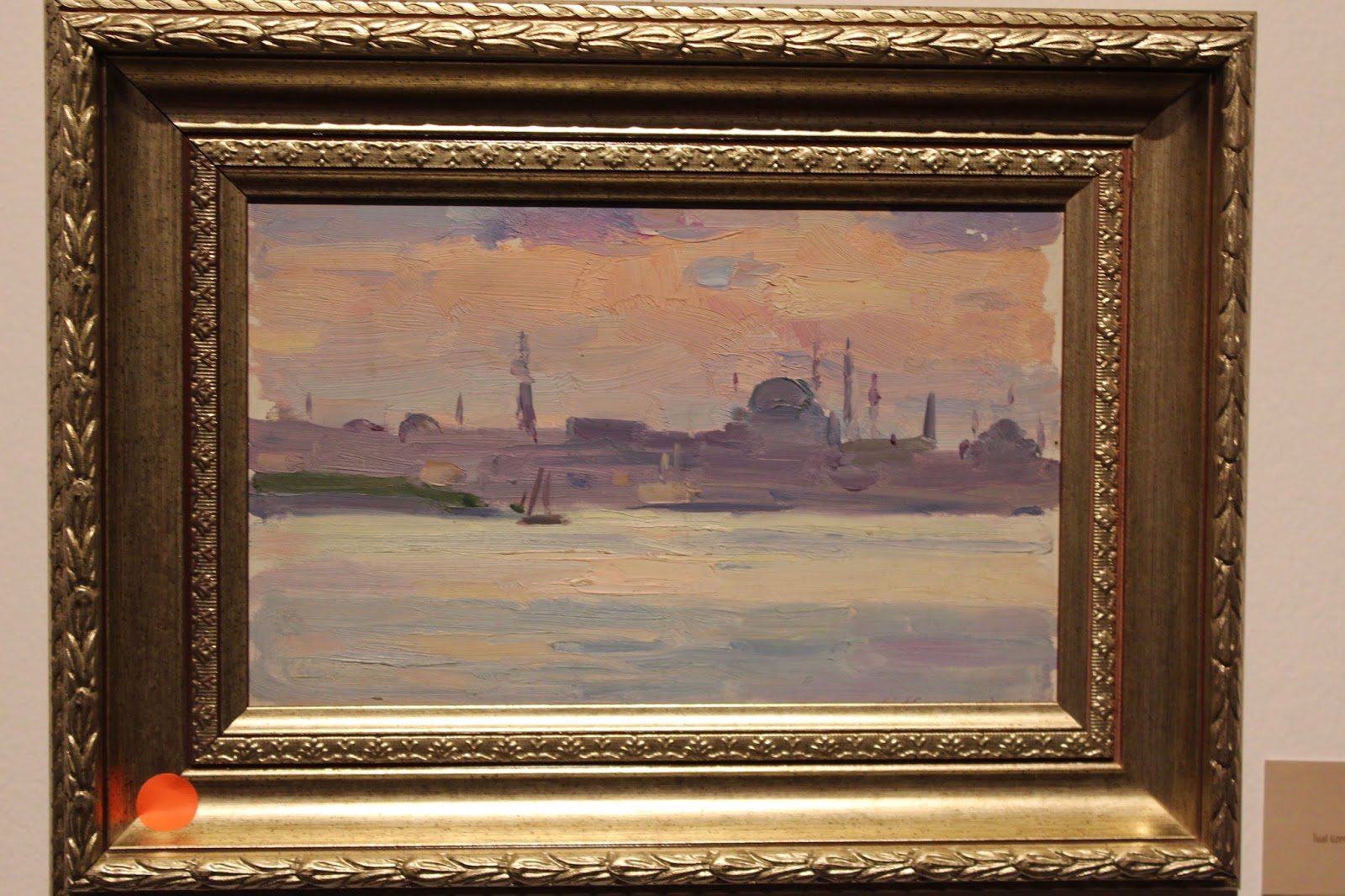 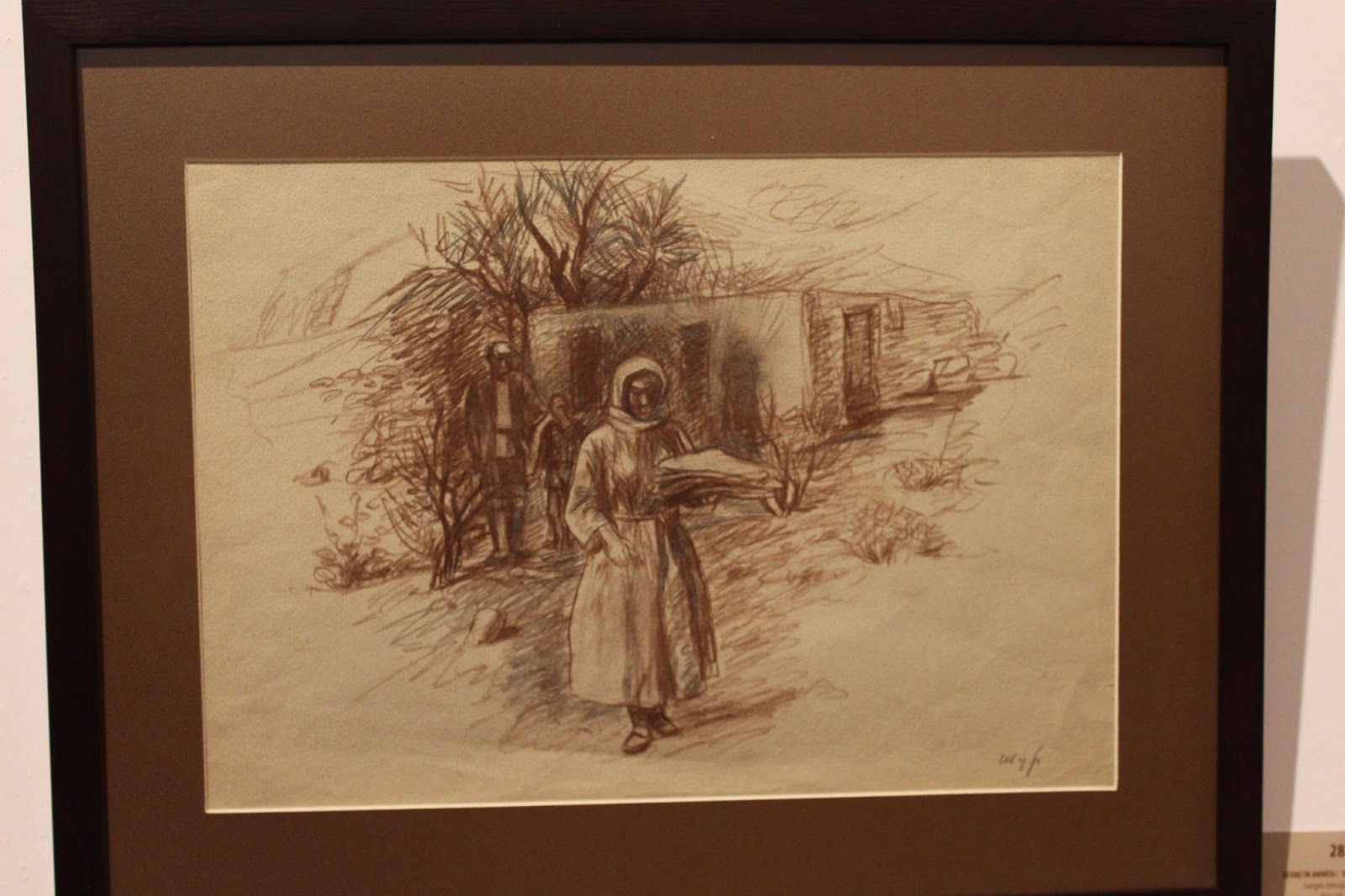 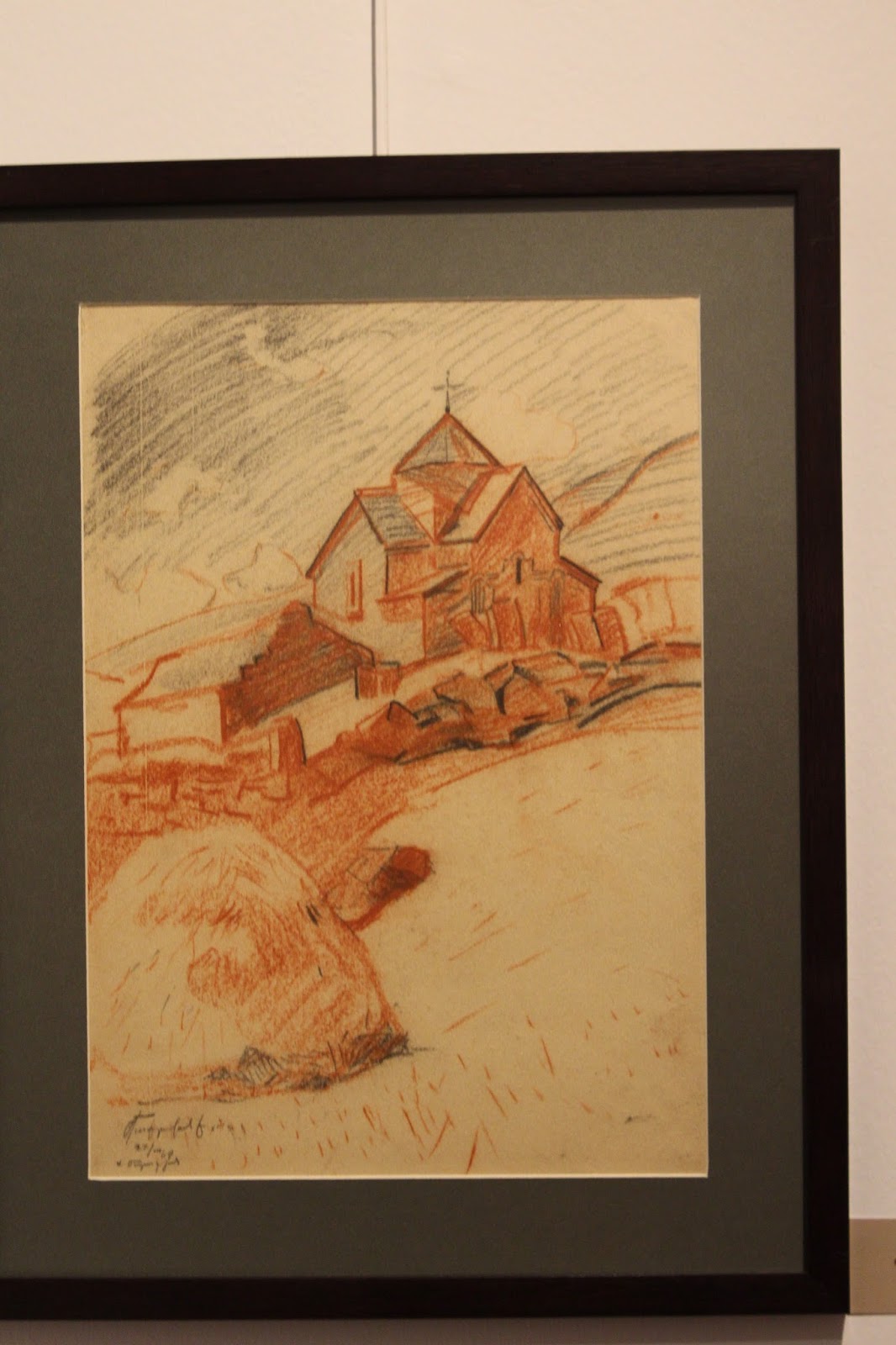 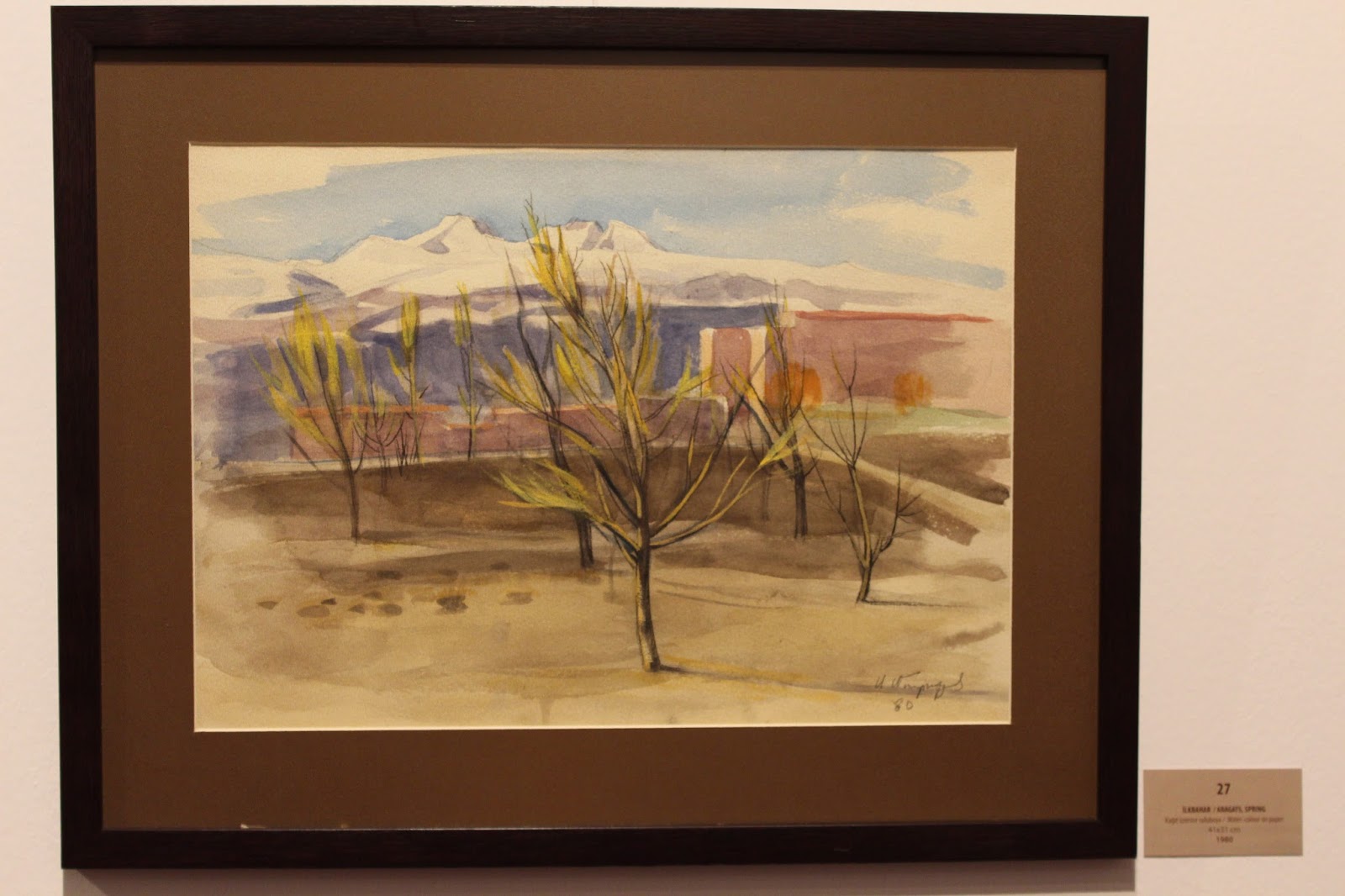 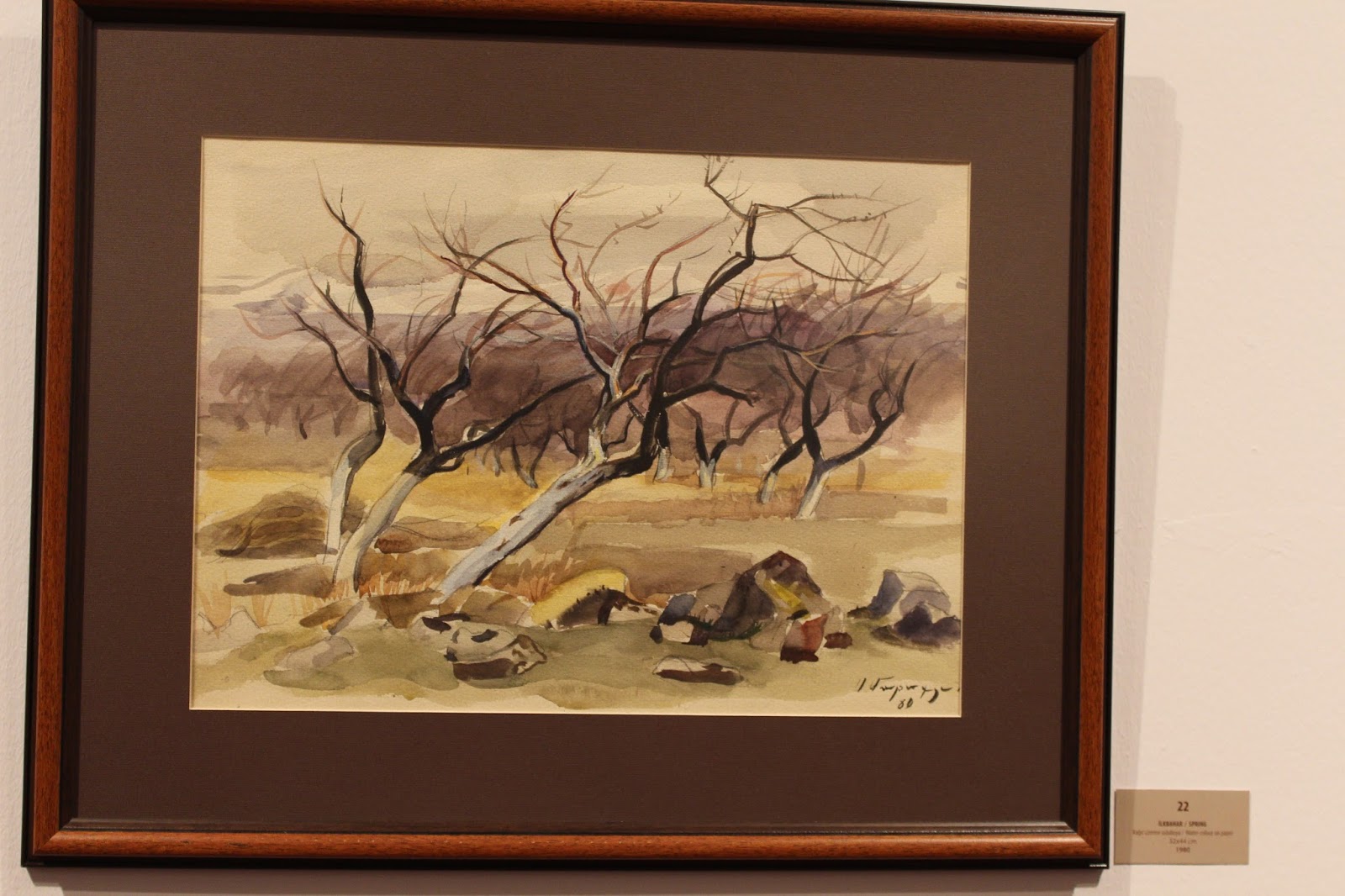 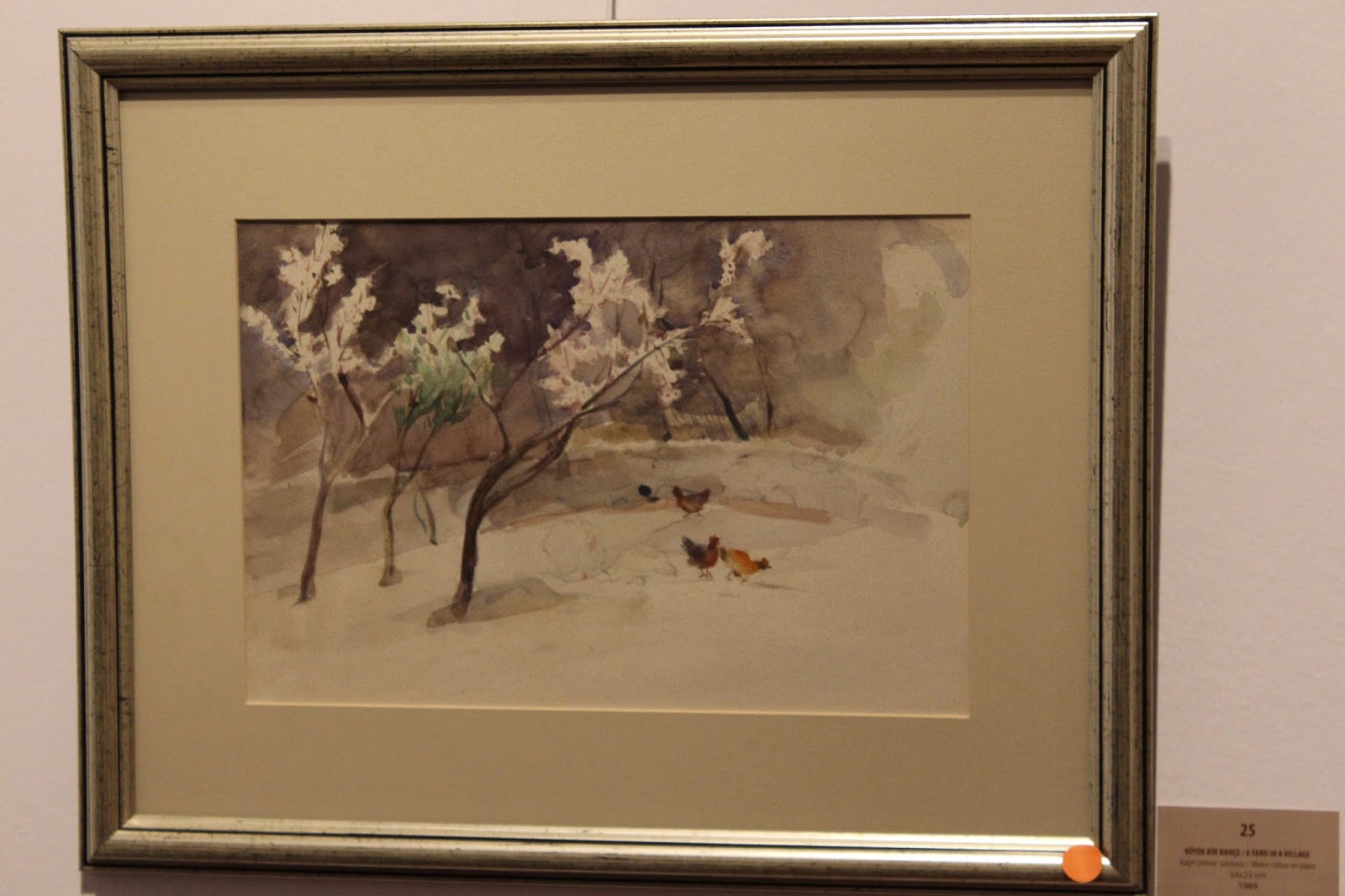 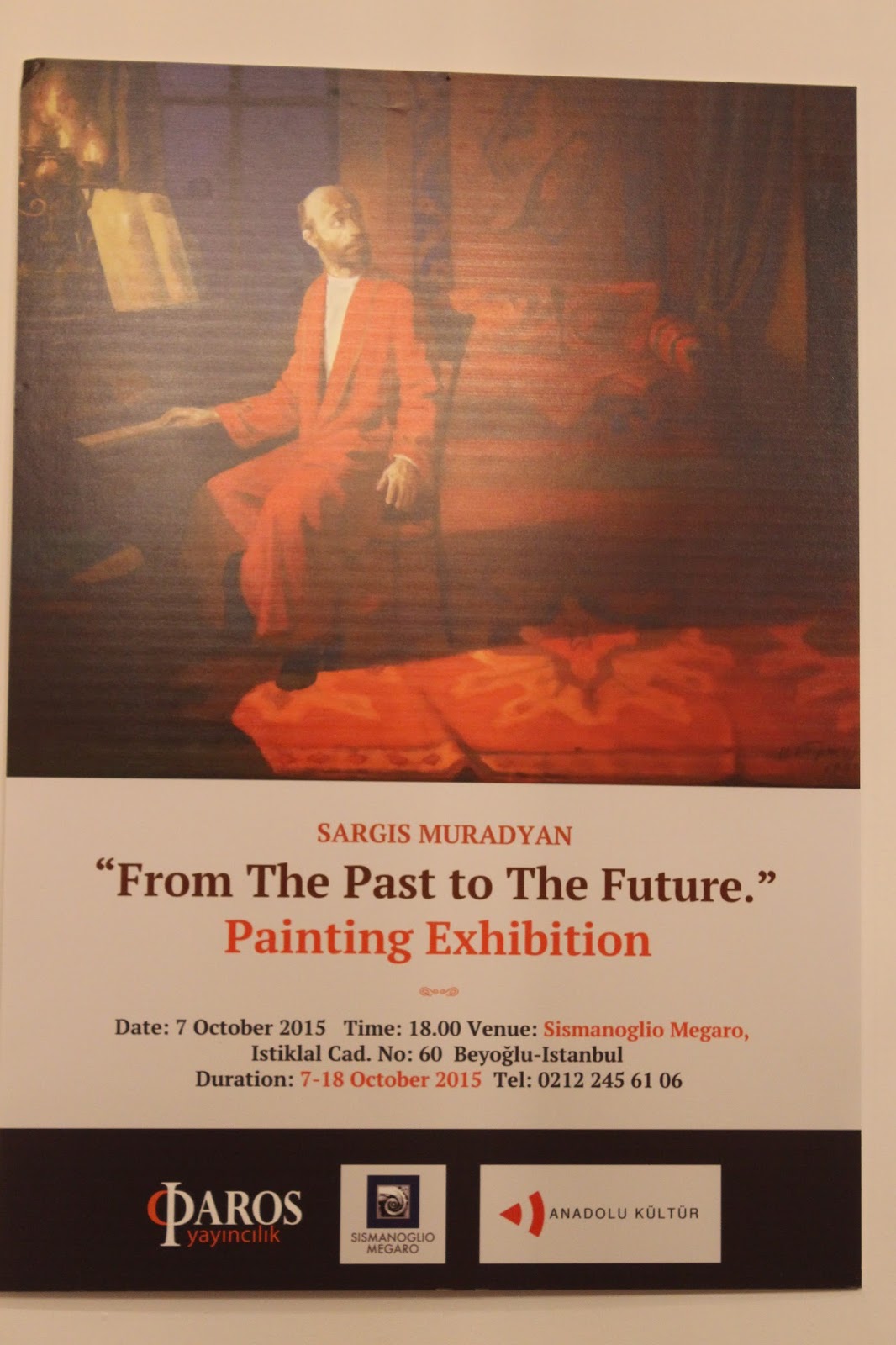 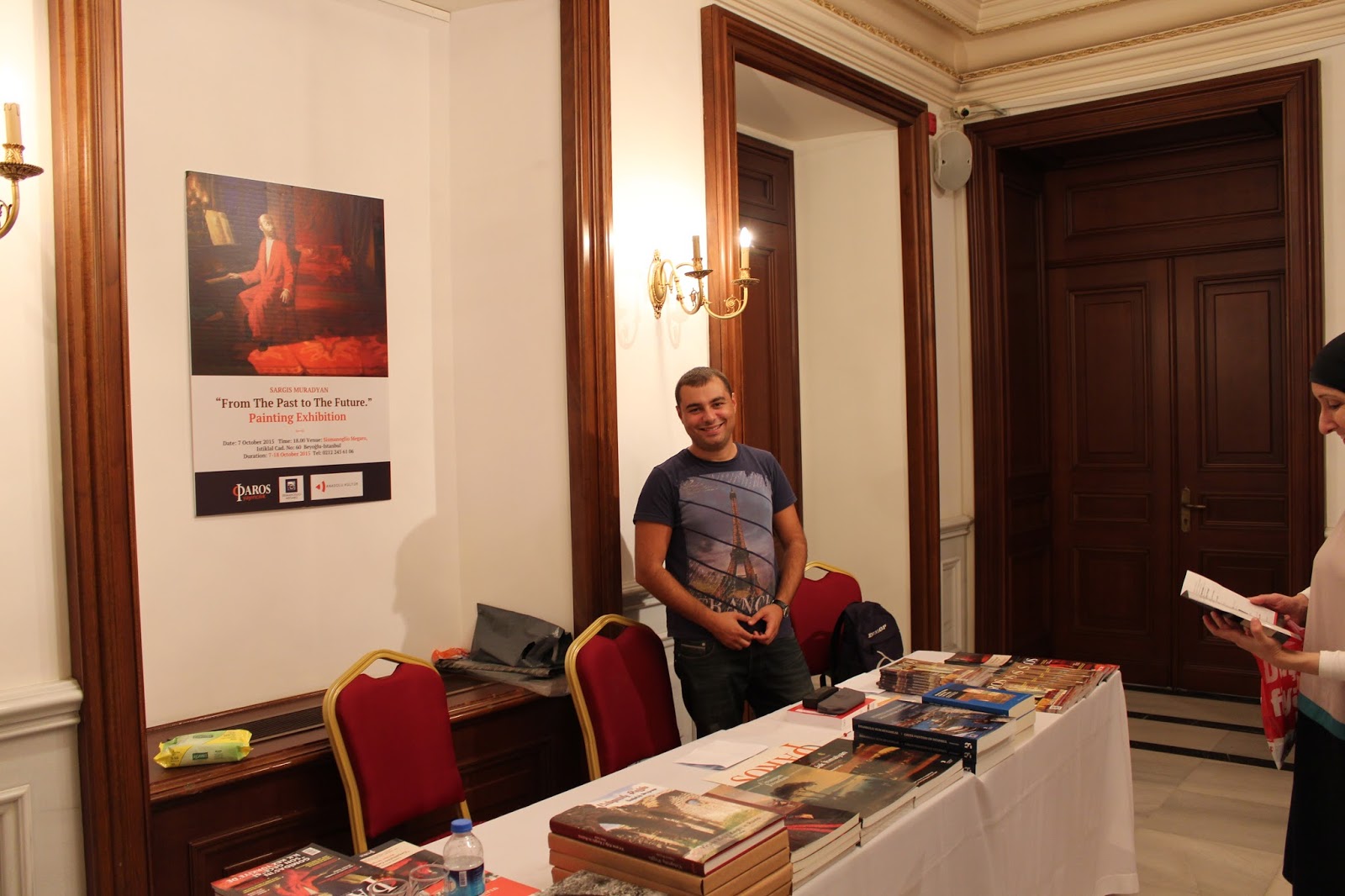