ISIS’s compounded ignorance is criminal but not a theology

by Dr. Hatem Bazian, on Academia 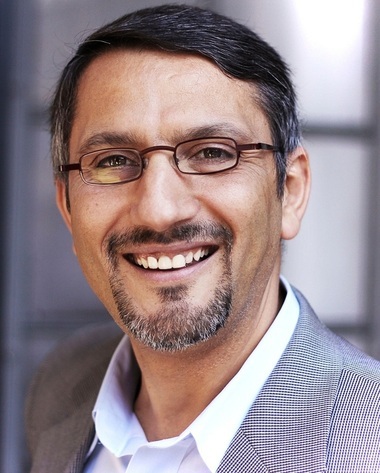 The recent New York Times article “ISIS Enshrines a Theology of Rape” (http://www.nytimes.com/2015/08/14/world/middleeast/isis-enshrines-a-theology-of-rape.html),
exposing the group’s attempt to provide a religious rationalization for its
pervasive use of rape in its ongoing grotesque war in Iraq and Syria, is
disturbing on many fronts. Most disturbing is ISIS’s attempt to codify “sex
slavery in conquered regions of Iraq and Syria” into some type of legal
reasoning by using classical Islamic sources—an attempt that is then deployed
“as a recruiting tool.” The article’s distressing details certainly point to a
case of compounded ignorance, but I am sure such crimes do not deserve to be
referred to as theology. Placing the
terms theology and rape in the same sentence provides
legitimacy to a criminal enterprise—which ISIS certainly is—and grants it the
respectability it so much desires. A criminal citing any reason or religious
text for his or her crime does not make that atrocious act less criminal, nor
does it make those who take the classical sources and tradition seriously
somehow implicitly connected to what is being done.
The NYT
article comes on the heels of an earlier Atlantic
piece, “What ISIS Really Wants” (http://www.theatlantic.com/magazine/archive/2015/03/what-isis-really-wants/384980/),
which asserted that ISIS is actually an Islamic group. The Atlantic’s piece depended on the opinion of one academic expert,
who afterward distanced himself from the article’s
framing but essentially gave the academic veneer stating, “In fact, much of
what the group does looks nonsensical except in light of a sincere, carefully
considered commitment to returning civilization to a seventh-century legal
environment, and ultimately to bringing about the apocalypse.”  The article forcefully claimed that “the
Islamic State is Islamic. Very Islamic. Yes, it has attracted psychopaths and
adventure seekers, drawn largely from the disaffected populations of the Middle
East and Europe. But the religion preached by its most ardent followers derives
from coherent and even learned interpretations of Islam.”

The question about whether ISIS is Islamic
is the incorrect question to ask in the first place. Rather, we should ask
whether ISIS’s actions and legal reasoning are consistent with Islamic legal
discourses, as codified and practiced at present by 1.4 billion Muslims, or how
far off ISIS is in its angry ignorance. Merely citing classical texts and sources
in a sophisticated manner does not by itself justify the actions of rape and
slavery, nor legitimize rulings that support those actions. Similarly, by
citing his opposition to modern economics, a bank robber does not make robbing
a bank any less of a criminal act, even if a large number of people are
sympathetic to his views.
With respect to the NYT article, it must be stressed that rape and sexual violence are
about power, control, and domination—regardless of who is undertaking these
acts and what rationalizations (including religious) are given. These acts
should be dealt with as criminal activity, and in the case of ISIS, they
constitute a deliberate war crime. Through rape, men express a distorted sense
of masculinity. They use rape as a tool for control, domination, and systematic
abuse, which they then rationalize on the basis of tribalism, cultural norms,
nationalism, ideology, religion, financial gains, and legitimate or re-imagined
historical grievances. Rape is a grave crime and should be dealt with
accordingly.
ISIS is a modern phenomenon that uses
classical sources to rationalize a predetermined course of action: rape as an
instrument of war. Rape as an instrument of war has been deployed more
frequently in human conflicts than we are ready to admit. We prefer not to
confront this topic because it raises more questions than it answers about the
propensity of human beings to become evil incarnate in warfare as they inflict
unimagined suffering on fellow human beings.
ISIS’s rape strategy is a “shock and awe”
deployed to cause fear and wreak havoc among its supposed enemies, which in
this case are the Yazidis in Iraq. The Yazidis are a traditional, tight-knit
community, who have been living peacefully in the area for hundreds of years,
with family honor, honesty, and good character as their foundational
attributes. ISIS’s use of terror, beheading, and rape is criminally strategic,
intended to force the Yazidis to flee and abandon their homes and towns.
Unfortunately, based on the evidence visible across northern Iraq and Syria,
this strategy has been successful. In this context, it is not theology that is
at work, but a cunning genocidal military strategy that is bent on ethnic
cleansing and that uses religious texts as a foil for followers and victims
alike. The problem with framing this strategy, as theology, is the implication
that it is rooted somehow legitimately in Islam itself. This is far from the
case. Anyone who thinks religion can be used to condone murder, rape, behead, and
make life a real living hell for people has a warped and sick view of God, the
Qur’an itself, and the Prophetic tradition.
The NYT
article refocused and energized another assault on Islam’s presumed
inferiorities and the supposed inability of the tradition to deal with the
challenges of the modern world. So far, the debate has been intense, with a
laser focus on Islam, slavery, rape, minority rights, marriage, gender
relations, sexuality, wahhabism, salafism, Sufism, and whatever other issues we
consider relevant. Now, I am not challenging the factual evidence of the
article. Certainly, the article contains factual and accurate elements that
cannot be disputed. The wrenching narrative of the young girls who suffered at
the hands of ISIS is a reminder of the seriousness of the challenge we face in
confronting these criminals. If anything, ISIS’s approach is a clear example of
compounded ignorance due to the erroneous use of classical sources to support a
criminal and genocidal campaign against innocent people, including many
Muslims, who have been killed at the hands of these psychopaths. A large number
of Muslim scholars (http://www.lettertobaghdadi.com)
have already articulately refuted the arguments and rationalizations put forth
by ISIS, but more needs to be done on this front.
No one of rational mind disputes the
sickness manifested by ISIS in its attempts to use rape and slavery as
structured instruments of violence in the conduct of modern warfare (in this
case, directed at the Yazidis). Calling their actions theology is an insult to the term itself. Rape is rape, and it has
no religious justification, regardless of what a hundred or more classical
sources may say about the matter. Globally, law and society no longer accept
the practices of holding human beings in bondage or of capturing women and
selling them into slavery. This is true, regardless of religion, culture,
ethnicity, or nationality. In ISIS, we see a group of sick human beings who
claim a religious purpose for something that is not even worthy of being placed
in a garbage dump, let alone being called a theology.