The Pope’s visit to the USA seems to
have played its desired effect of
causing common people to rethink their blind support for “national
policy”.
In particular it was nice to see news that the pope shunned dinner with key
congressional politicians to eat with the homeless people. 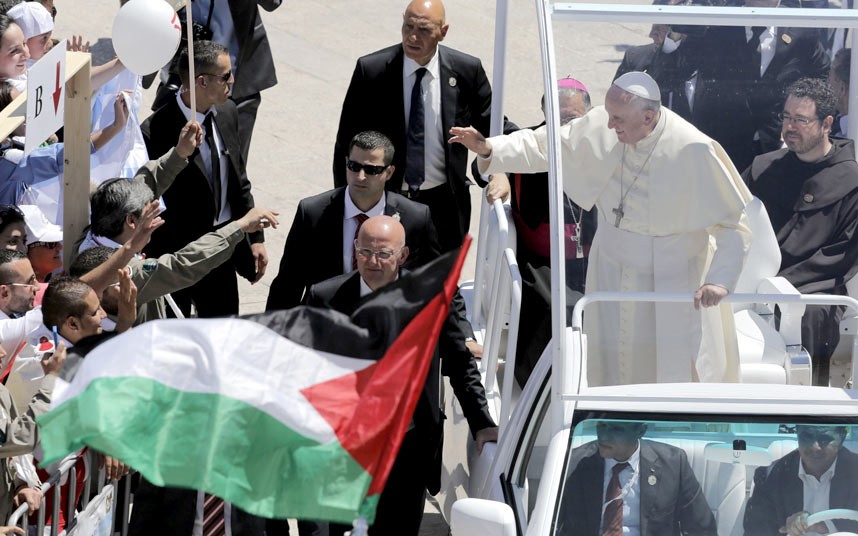 Zionist occupied congress and media in the USA are not happy about this Pope’s
messages that emanate from the message of Jesus: love and charity to the oppressed and
marginalized. Locally, 18 year old Hadeel Hashlamon was shot to death
allegedly for rejecting an order by an occupation soldier. Witnesses say
she posed no threat to soldiers and Amnesty International called here
killing by 7 bullets from a distance of less than two meters extrajudicial
executions. But such killings have become commonplace. Israel also will
impose new penalties on participation in demonstrations against its brutal
repression. And if a child throws a stone he can be shot or if caught
sentenced to many years in jail for this demonstrative act. More fascist
and anti-democratic laws continue to be added by the government of
apartheid Israel almost weekly. But as you will see in the report below
about my trip to the Galilee, I am energized and more optimistic than ever. 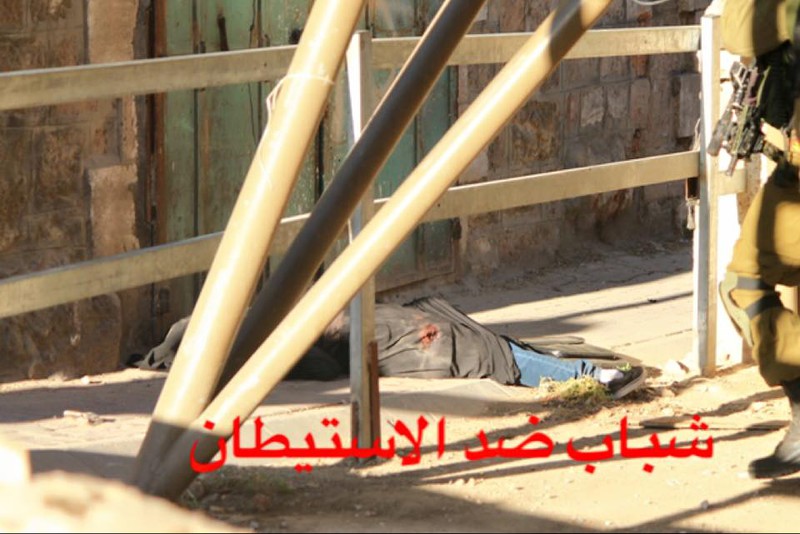 From Sunday to Wednesday, we were busy at the Palestine Museum of Natural
History doing research, writing, education, managing, gardening and more. I
hesitated for many reasons to go on this two day trip to the north of
Palestine organized by the Bethlehem Rotary Club. It was not just the
personal risk for me but the fact that three people died in the three days
leading up to this trip. Al-Aqsa mosque was being attacked regularly.
Nearly a thousand pilgrims had lost their lives in Mecca thanks to the
Royal Family’s incompetence and neglect. All these negative vibes plus the
anxiety at seeing more of what is now “Israel” ruling over these historic
parts of Palestine. In the end my curiosity won (and the fact that we will
go to the occupied Syrian Golan which I never visited). I am glad I took
time to do it. We started in Bethlehem at 6:30 in the morning crossing the
checkpoint and had breakfast around 9 AM at a stop along the way. We ate
Jerusalem Kaak and Falafel and eggs that we had brought with us. 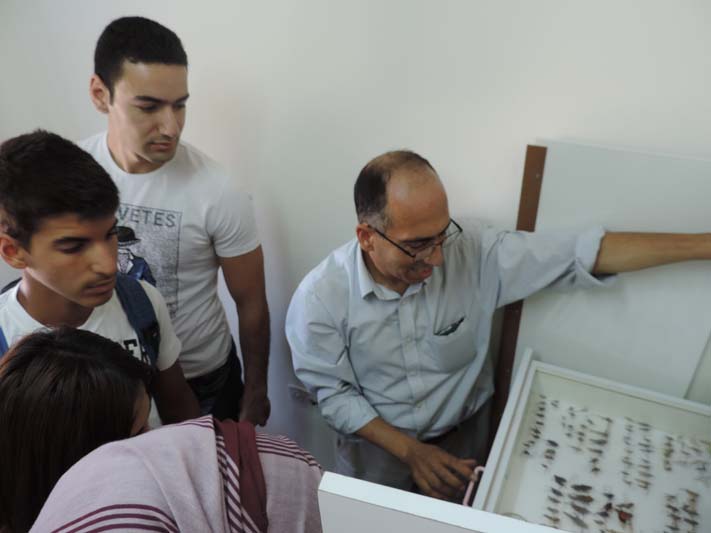 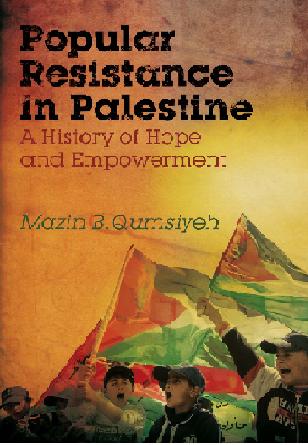 I marveled at the buses and other tourists stopping there: Russian Jews, ignorant young Americans coming to visit “Israel” without a clue about the natives, old hateful Jewish Zionists eyeing “Arabs” with racism almost
dripping out of their angry eyes. But I smiled to everyone and enjoyed the remaining beautiful natural areas not yet destroyed in the mad dash to “Europeanize” Palestine. I contemplated the emptied houses we saw along the way: remnants of some of the 530 villages depopulated 1948-1950 to create
space for colonial settlers and change a multi-religious Palestine to make it into the “Jewish state of Israel”. The trip showed me the utter stupidity of this scheme of transformation. Most of all, the determination of non-Jewish and some Jewish citizens of the state to oppose its apartheid. As I talked to some of the many Palestinians who happen to hold Israeli citizenship, I got very encouraged.


We arrive in Haifa early afternoon and have lunch in the area just below
the Bahai temple and gardens. The area was known as the German colony which
has since been looted by the Zionists. Haifa sits in the valley between the
Carmel mountains and the Mediterranean sea and along the banks of the river
Al-Mutalaa’ ((المطًلع which
was renamed by the Zionist colonizers the
Kishon river and basically destroyed. The Carmel mountains showed evidence
of Neanderthal and Cro-Magnon human dwellings and life continued in the
foots of these hills uninterrupted through our Aramaic speaking ancestors
the Canaanites for thousands of years. Yet the population that that the
area could support remained small. Haifa was the first planned Palestinian
city built (started 1758-1761) by Daher Al-Omar (Zedani) who is credited by
many as the first Palestinian ruler who managed to develop an independent
modern government inclusive of all religions that covered much of what is
now northern Palestine (see http://en.wikipedia.org/wiki/Daher_el-Omar).
Haifa grew rapidly in the 18th and 19th century and first half of the 20th
century (with a brief control in 1799 by Napoleon Bonaparte and for a few
years by Ibrahim Pasha from Egypt ending in 1840). Its population also grew
due to Zionist colonization activities so that by 1947 the Jewish
population actually slightly outnumbered the Muslim and Christian
population. The latter Palestinian population of some 65,000 was largely
ethnically cleansed in April 1948. Most of the citizens of Haifa were
removed in 1948 and the 3000 remaining were squeezed into Halsa and Wadi
Nisnas against their will (now they number some 35,000 due to natural
increase). On Land day (30 March) we had an activity in these areas
including the paintings by Palestinian Children who originate from the area
indicating their love of Palestine. Today the highest Israeli court in the
north is built on top of ruined buildings but also overlooks abandoned Arab
homes and businesses. It must be some sight from the windows of that
glittery building looking down on to what is left of Arab Haifa. The
historic train station built in 1905 to take pilgrims to Macca through
Jordan is slated for demolition. Next to Al-Istiqlal mosque, there is a
monument with a faded inscription: “Faisal (emir Faisal who dreamt of Arab
Unity) said that no freedom is given but it is to be taken by struggle..”
More on Haifa here http://www.palestineremembered.com/Haifa/Haifa/index.html

From Haifa we traveled to Nazareth, and visited the two churches (Greek
Orthodox and Catholic) each thought to be the site of the Bishara (place
were Mary received the angel telling her she is to have a child). This is
the city of my grandmother and I felt at home in its streets despite the
attempts to transform it to a “Jewish city”. But again the young native
people we met were inspiring and most welcoming of fellow Palestinians. The
next day we traveled to the Golan Heights where we were warmly welcomed by
Syrian Druze who all reject the Israeli occupation and annexation of their
territory. Statues and monuments to Syrian heroes and martyrs of 1925
rebellion (against French occupation) and other Arab national struggle are
prominent. Of course the civil war in Syria is reflected n divided opinions
about Bashar Assad. But we saw no divided opinions here on Israel: all
reject the Israeli occupation. We gorged ourselves and carried much apples,
pears, plums. Figs, and other fruits from this rolific Syrian territory
(the real reason why it was occupied in 1967). From the Golan we drove down
to Lake Tiberias. The town of Tiberias was ethnically cleansed of its
Palestinian population in 1948. The mosque and a few old buildings
remained. But on the day we visited, thousands of Palestinians (from places
like Nazareth, Haifa, and the Triangle) also visited. As it was also the
eve of the Sabbath and the Jewish holiday, we saw very few settlers. The
100 people who took the boat with us were all Palestinians and only the
Captain (friendly chap) was Jewish Israeli. We thus danced to Palestinian
music. We had a nice dinner of fish and arrived back to the
ghetto/concentration camp of Bethlehem at 11 PM. We are renewed in our
energy and renewed belief in the inevitability of coexistence and full
equality in a liberated Palestine after the defeat of the apartheid regime. 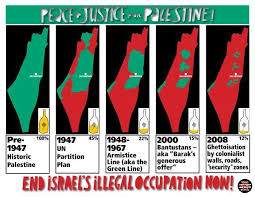 Here is a report of another trip to the Galilee in 2010 and a video
http://www.salem-news.com/articles/april082010/galilee-trip-mq.php
http://www.youtube.com/watch?v=eg1mCditmUU

Event: The South West Bank Nonviolent Popular Resistance Committees in
partnership with the Baraka Presbyterian Church in Palestine present their
compliments and wish to extend an invitation to you to attend the
Conference on “Beit El Baraka Defense Conference” to be held in Beit Ommar
Town, North Hebron in Palestine, October 3. 2015 at 10:30 am- 13:30 PM. The
Conference will bring together all sectors of the Palestinian
society, Israeli and International NGOs and activists, officials, Political
parties leaders. The Conference will cover the following topics: the
importance of Beit El Baraka, The Israeli occupation military procedures
and colonial plans in the area, legal Aid, The Palestinian Political
efforts in regard to Beit El Baraka, Outreach and Media, Nonviolent popular
Resistance Plans in the area, and how to protect and save Palestinian land
surrounding Beit El Baraka from Israeli colonial plans. Contact Details of
the organizers:
younesarar@gmail.com; danjoyawad@gmail.com , osiadhb@gmail.com,
abumaria.yousef@gmail.com