The Elephant’s Song
A pacifist tale by David Wapner

We have asked David to present, ‘The elephant’s song’, a pacifist tale

It is difficult for an author to speak of his own work. A good deal
of my literary production is stories and poems in which animals play an
important part. The most common are dogs and cats, but there are also
monkeys, birds (real or fictional), boorish oxen, crocodiles among many
others. And, of course, elephants of whom I’ve featured three, which can
be read, in my books, “La noche!” (The Night! 1997) and “Algunos son
animales” (Some are animals, 2002). In the latter collection, the name
of which outlines part of the content, belongs the “La Canción de
Elefante” (The Elephant’s Song), written in its original version for a
collection of mini-books that was included with numbers of the magazine,
“Anteojito”. I respect, admire, love the figure of elephants. The human
species turned it into a victim of its own ambition and greed. The
African representative of the family of enormous, wise and good beings
is being massacred and its extinction is a question of years. Its Asian
brothers, of shorter tusks, are in a better state. Relatively better.
Even then, as with human beings, the elephants are one race, one
species, to which the mammoths also belonged. I chose the Asian brother
to personify the elephant Sanjay to write an anti-war story: the
relation between two friends, one elephant, the other human, united in
music and work, by the landscape and the air that life provides,
experiences that are so opposed to war.

Armies in the Orient have used elephants in its military forces. It
is well known that Hannibal, the Carthaginian General and strategist,
crossed the Alps with twenty elephants with which he thought he would
surprise and defeat the Romans. It was always said that Hannibal’s
elephants were African, and this is in some way reasonable given that
Carthage was in the north of Africa. But if we look at the Carthaginian
coins of that epoch, we see Hannibal seated atop an unmistakable Asian
elephant: smaller, chubbier, its back curved and its ears shorter. The
Asian elephant was used in effect in the wars as if it were a “tank” of
the olden times. But these enormous animals at times were frightened and
driven crazy, putting their riders at risk. This is logical because
elephants don’t like wars. They prefer to live life as pachyderms in the
forests or, if they have to co-exist with humans, work with them and
are as good companions as dogs or horses. Sanjay, for example, is an
elephant highly sensitive to music. His owner, the young Rajiv, has told
anyone willing to listen that Sanjay sometimes sings and even has
created its own tunes. Almost nobody believes Rajiv’s stories, partly
because of his love for Sanjay. Some have certainly seen Rajiv executing
ragas on his sitar and Sanjay listening by his side, moving every so
often his ears and, as a credible observer claimed, half-closing his
eyes. Some who have been able to speak to Rajiv say that he believes
that when Sanjay listens to the hypnotic music of his beloved
instrument, the latter is transported to the happy times of his
childhood when he lived in the woods with his family and herd. 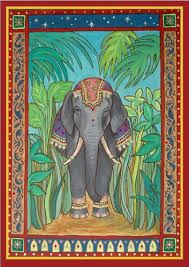 This is what Rajiv supposedly says:

“…When my raga sounds, Sanjay’s body becomes lighter, as light as
his spirit, and both rise up and return to the forest, where Sanjay
becomes a child, a little elephant who has just learnt to use his trunk.
Sanjay begins to see himself marching at the centre of the group
together with the younger ones, flanked by the bigger and stronger ones,
who thus protect him. The chief marches ahead and marshals the herd
till the grassland, where they’ll all go to graze and drink.” Rajiv and
Sanjay go to work together in the mornings. There is a sawmill with a
tiny wharf in the village on the banks of the Ganges, where they both
live, located between Varanasi and Patna, from where teak logs are
loaded, the wood of which is used to construct boats. Rajiv and Sanjay
go there together to work in stowage. Rajiv indicates to Sanjay with a
stick the movements he has to carry out: “take this log”, “pick it up”,
“pile it up with the others on the deck”. In truth, the orders that
Rajiv imparts are pure theatre to impress others. Sanjay knows by heart
what he has to do; he knows his work as well or better than the workers.
Of course, Sanjay has his peculiarities; we have to accept that he is
no ordinary elephant. There is a pause after every ten logs and he makes
a sign with his trunk which Rajiv understands perfectly. He then takes
out a flute of reed and executes a sinuous and beautiful melody which
Sanjay listens to, if it can be said so, with devotion. Keeping to
Rajiv’s wonderful tales, Sanjay even sheds tears on such occasions. His
explanation for this is that his elephant “relives moments of his youth
in which he began to almost feel the strength of his elders and felt
encouraged to uproot some trees. For example, he remembers the time when
the herd ran at great speed to escape a forest fire, demolishing all
trees in their way. He himself in that mad rush brought down ten. Later,
when the herd had calmed down, Sanjay understood that, at the age of
sixteen, he already felt like a strong elephant.” 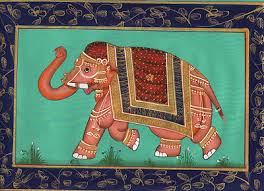 This how Rajiv tells it and everyone knows how exaggerated it is.

But not all of what Rajiv says is fantasy.

An employee of the timber company has confirmed that Sanjay’s bath
time is worth watching and listening to. Rajiv has prepared a plot of
land as a bog to allow Sanjay to wallow in at his pleasure. But for the
bath to go through, it has to be accompanied with Rajiv’s song at the
same time that he pours water from buckets. Sanjay at that time lets out
whoops of satisfaction, that to anyone else would sound just like that,
elephant shrieks, but which Rajiv is totally convinced are musical
scores. In other words, for Rajiv this is nothing if not an elephant’s
song in which Sanjay remembers the collective writhing of his herd in
the ponds and mud baths of his childhood. “These songs remember,” says
an imaginative Rajiv, “those happy moments in which his father or mother
nudged him and little Sanjay fell clumsily on his face in the water, or
was soaked by familiar trunks, which provided moments of great
rejoicing”. 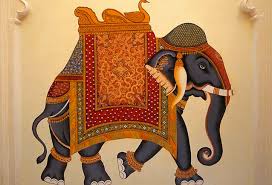 Nobody much believes in elephant’s songs, but Rajiv insists in this
and makes enormous efforts to show that what he says is true. He tells
an old tale, that of the time of the Battle of Panipat in which Babur
defeated Sultan Ibrahim. He had an army mounted on horses, camels and
elephants. The riders were mounted at the height of the pachyderms’ tail
with their sticks and hooks while boxes were mounted on the back from
which the archers let go. “The situation seemed favourable till that
time for the Sultan’s army,” says Rajiv as if reciting a poem. “But look
here,” he goes on, “the Sultan’s elephant becomes upset and does not
want to advance. The rider makes enormous efforts but cannot make his
mount move another centimetre. In an instant, the other elephants,
seeing that their leader doesn’t wish to continue, imitate him.
Confusion reigns among Ibrahim’s soldiers which turns into bewilderment
when the elephants, following their leader… begin to sing. The Sultan’s
elephant begins: 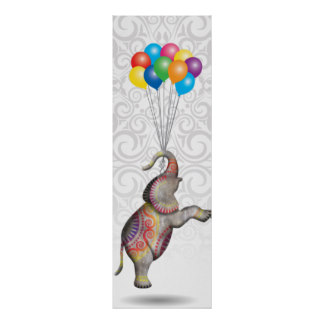 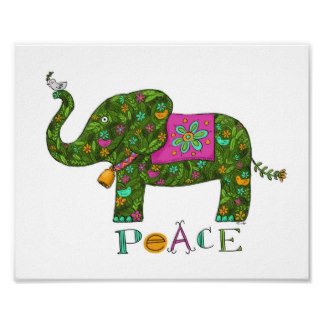 “This is how the Sultan was defeated and lost his throne. Now, with
this story, no one can deny that elephants sing and why can’t my Sanjay
be able to do it? Rajiv smiles with satisfaction and takes up a
tanpura, a string instrument which accompanies a heartfelt song. Sanjay
comes to his side and rocks a little, slightly lifting his huge legs.
This much is true, which is not say that Rajiv has to be fully believed
when he says that Sanjay dances “because the song accompanied by tanpura
brings back to him those happy days when his white tusks shone in all
its splendour. Sanjay imagined that when he’d become a big, venerable
elephant, he could well become the chief of his tribe and would raise
his trunk before any danger and exhibit his magnificent defence to
frighten any possible enemy. Now Sanjay feels somewhat ashamed to see
his tusks filed. I too feel a bit of sadness and sing this old song so
that Sanjay can dance and feel better.”

But, says Rajiv, Sanjay’s cheerful spirit shows in all its fullness
when Rajiv plays the tabla. When the latter plays with his hands this
type of pottery drum, Sanjay lets loose his histrionics and is capable
of doing all kinds of pirouettes that others like him who work in the
circus have been seen to do. “Nobody has taught Sanjay such things,”
says Rajiv, “he has learnt it by himself since when he was little,” and
adds: “When my father gifted him to me, I was little too and he was a
calf of a mere fifteen hundred kilos. Even at that time I’d seen him
perform gracefully.” Listening to Rajiv’s tale, one cannot but ask him
the following:

But, Rajiv, if Sanjay was so small as you say when your father
gifted him to you, how is it then that he remembers his childhood days
in the herd, his youth, his large tusks?

Rajiv responds with a smile and a gesture of his hands:

Because he has an elephant’s memory.