Hi all,
Last week
we had asked Paul Eisen to comment the declaration the Israeli historian Shlomo
Sand made. It is an understandable statement for ProMosaik e.V. as we are
convinced that being Jew today by looking at Israeli injustice, racism,
colonisation, and war crimes and ethnic cleansing against Palestinians is very
difficult for somebody who loves justice and for somebody who studies history.
As no Jew of course for me there is an important alternative which is being an
anti-Zionist Jew… but this is also difficult, because there are interferences
all the time… not all Jews are Zionists, but many Zionists are Jews…. So no
solution? Paul Eisen shows us the way…. He should be what he is and never stop
struggling!!
Please
read and share
Thank you
Dr. phil.
Milena Rampoldi – Editorial Team of ProMosaik e.V.
Dear
Milena
You ask
me to comment on this piece by Shlomo Sand in which he makes a declaration that he no longer wishes to be a Jew. http://www.theguardian.com/world/2014/oct/10/shlomo-sand-i-wish-to-cease-considering-myself-a-jew?CMP=share_btn_gp. 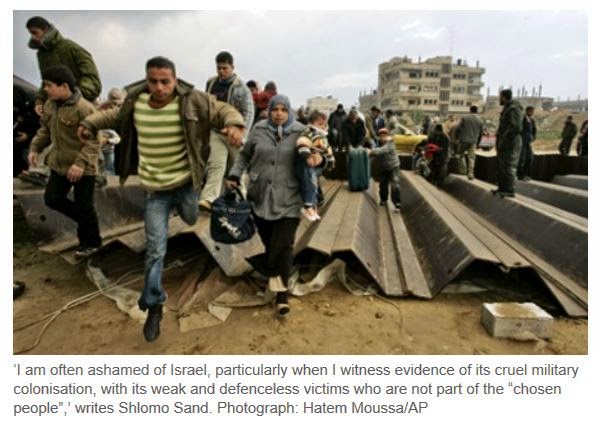 The piece is from his book “How I Stopped being a Jew” which I  haven’t read but Gilad Atzmon has, so your
readers may wish to read his comments as well as mine below: http://www.gilad.co.uk/writings/how-shlomo-sand-ceased-to-be-a-jew-or-did-he.html

I sympathise with Sand, I
really do. He sounds exhausted and I know the feeling. But he’s not the first
decent Jew to try to give up on the whole thing – I may well try it myself
someday –  trouble is, even if it were
possible to give up on being a Jew simply by making a declaration (which I
doubt) there are things in Sand’s statement that lead me to question its
efficacy.
First, the very making of a
declaration itself. What a very Jewish thing to do? How many statements and
declarations – often beginning with the words ‘I or We the undersigned…”
and containing somewhere the dread words “As
a Jew, I…” or “as Jews, we…” and
so often somewhere containing the pointed request that I sign it too–
statements claiming to relinquish this or that – have I seen in the last
fifteen years? And the vast majority of these statements have been…. by Jews!
But even more Jewish is the
fact that Sand’s statement is peppered with claims for a Jewish exceptionalism,
namely exceptional Jewish suffering. This is not the place for a detailed
examination of Jewish suffering but the following points may stimulate thought:

– During even the most terrible times of
Jewish suffering such as the Crusades or the Chmielnitzky
massacres of seventeenth century Ukraine, and even more so at other
times in history, it has been said that the average peasant would have given
his eye-teeth to be a Jew. The meaning is clear: generally speaking, and
throughout most of their history, the condition of Jews was often far superior
to the mass of the population. 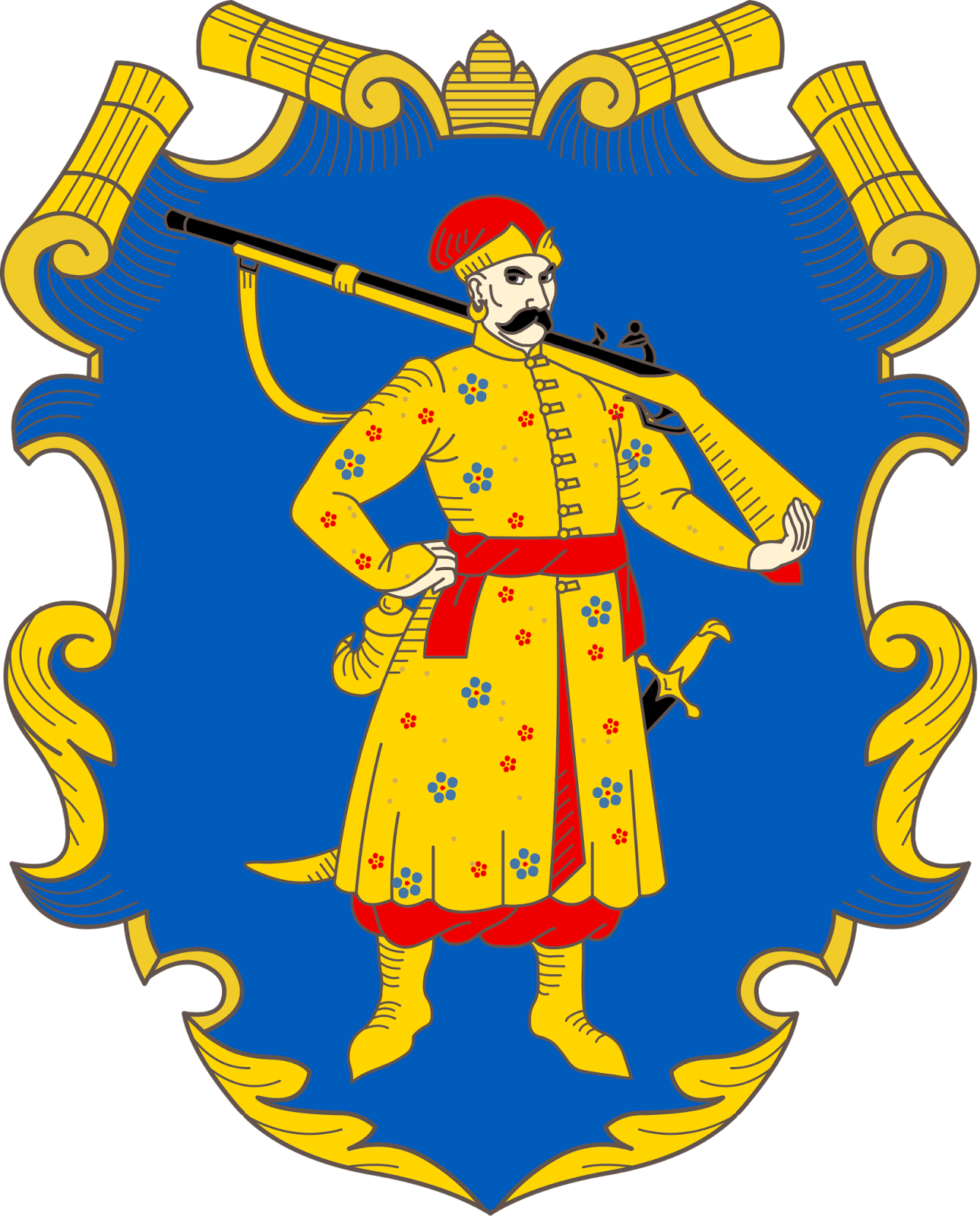 Source:
Wikipedia.en
– The above-mentioned Ukrainian
massacres took place in the context of a peasant uprising against the
oppression of the Ukrainian peasantry by their Polish overlords. As has often
been the case, Jews were seen as occupying a traditional position of being in
alliance with the ruling class in their oppression of the peasantry. Chmielnitzky, the leader of this popular uprising,
is today a Ukrainian national hero, not for his assaults on Jews (there are
even references to his having offered poor Jews to join the uprising against
their exploitative co-religionists – the Jews declined) but for his championing
of the rights of the oppressed Ukrainians.
Again, the inference is plain: outbreaks of anti-Semitic violence,
though never justified, have often been responses to Jewish behaviour both real
and imaginary.
– In the Holocaust narrative it is
claimed that Jews were targeted but so were Gypsies, homosexuals, Slavs and
Poles. Similarly, the Church burned Jews for their dissenting beliefs but then
the church burned everyone for their dissenting beliefs. So again, the question
must be asked: what’s so special about Jewish suffering?
Like everyone else, I’ve never managed to
answer the question: what is a Jew? But the nearest I’ve got is to conclude
that the one thing all self-identifying Jews share is a feeling of specialness,
and more particularly a belief in the specialness of Jewish suffering.
The inference is clear. It is hard to
see how someone like Sand, himself a historian, can claim to be serious about
relinquishing his Jewishness whilst still clinging onto that most basic of
Jewish delusions.
In my experience, the only Jews who have
ever managed to successfully relinquish their Jewishness are those who embrace
Christ or Islam. Perhaps Sand should consider one of those or, alternatively he
could find solace in these, his own words:
Does this mean I, too, must abandon hope? I
inhabit a deep contradiction. I feel like an exile in the face of the growing
Jewish ethnicisation that surrounds me, while at the same time the language in
which I speak, write and dream is overwhelmingly Hebrew. When I find myself
abroad, I feel nostalgia for this language, the vehicle of my emotions and
thoughts. When I am far from Israel, I see my street corner in Tel Aviv and
look forward to the moment I can return to it. I do not go to synagogues to
dissipate this nostalgia, because they pray there in a language that is not
mine, and the people I meet there have absolutely no interest in understanding
what being Israeli means for me. 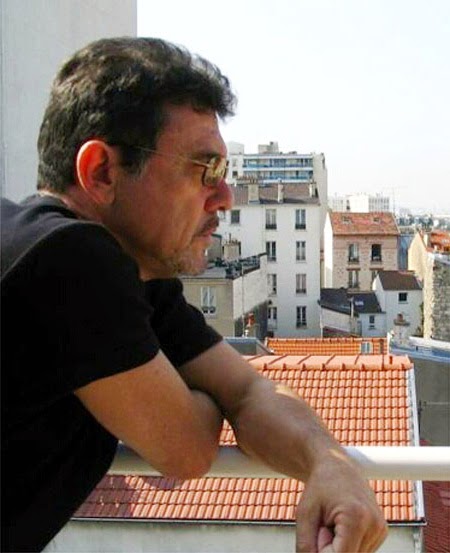 This
sounds great to me – truly authentic – a man with a visceral love for what he
is but nonetheless, relentless in his quest to comprehend and to criticise it.
We are
what we are so I think Sand should do what he does best – be what he is but
never, ever, ever stop struggling.
I wish
him all the best
Paul
Eisen