I, Too, Have a Dream – A Poem for Palestine by Michael R. Burch

Dear readers,
here you can read a second poem by the American poet and peace activist Michael R. Burch ab out Palestine. As you already know ProMosaik e.V.’s book by William Hanna about Anti-Zionism was dedicated to Palestinian children. We think that children are the real and most vulnerable victims of war and genocide. 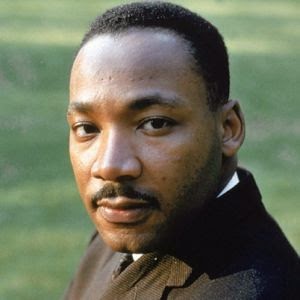 Source: wikipedia
The following poem’s title reminds as of another hero of ProMosaik, Dr. Martin Luther King and his famous speech I Have a Dream. When Michael R. Burch says I, Too, Have a Dream he strongly connects with Dr. King.
We have to stand up against all kind of Apartheid politics whereever and whenever we encounter it.
As we have already described according to David Sheen’s conference about Israel’s War on Africans the dream of equality and justice should never die.
For David Sheen’s conference see:
http://www.promosaik.com/cms/wp-content/uploads/2014/08/david-sheen.pdf

I wrote this poem from the perspective of a Palestinian child living under a
brutal military occupation, who is thinking of Dr. King’s famous sermon about
his dream of equality and justice for all people.
I, Too, Have a
Dream

I, too, have a
dream …
that one day Jews and
Christians
will see me as I am:
a small child, lonely and
afraid,
staring down the barrels
of their big bazookas,
knowing I did nothing
to deserve their enmity.