I would like to thank JAG for this wonderful contribution to human rights…
As we have written many times, real Judaism has really nothing to do with the Regime in Israel today.
All Jews who are against the crimes of the state of Israel, for all of us are the beloved Jews of the Torah who sanctify life and love peace and justice.
Every day these Jewish people help us to believe in a just peace.
thank you
Dr. phil. Milena Rampoldi
Editorial Team of ProMosaik e.V. 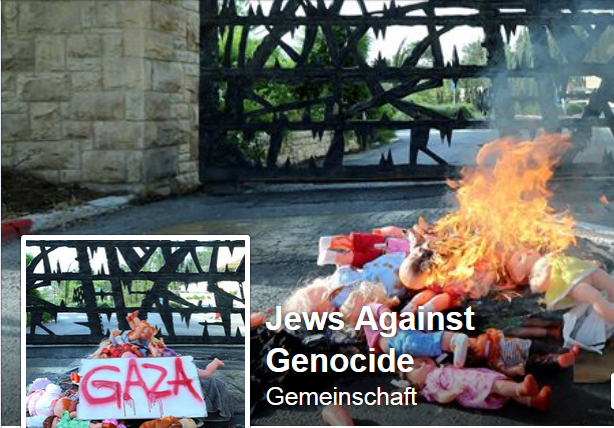 An Open Letter to the Chief Rabbis of the world

Jews Against Genocide,
An Open Letter to the Chief Rabbis of the world


We, Jews Against Genocide, a coalition of concerned Jews in Israel and
across the world, respectfully call upon you to take a clear ethical
stand against the criminal policies and actions of the State of Israel.
In their war upon the besieged people and children of Gaza, Israel’s
Heads of State have transgressed the fundamental boundaries of both
Jewish morality and humanist ethics.
“Humanity owes this vow to
those hundreds of thousands who, without any fault on their part,
sometimes only because of their nationality or race, have been consigned
to death or to a slow decline.”
In his Christmas Speech of 1942,
Pope Pius XII addressed these words to a waiting world. In 27 pages of
writing, they were his only reference to the systematic extermination of
Jews in Nazi-occupied Europe. He chose to avoid a direct condemnation
of Nazi atrocities, and in doing so he betrayed the hopes of all those,
Catholic or otherwise, who anticipated a message of clear moral guidance
from the most powerful spiritual leader in Europe, that would call on
all Christians to intervene, to save the Jews and to resist the horrors
of Nazi occupation.
Do not stand aside now as Pius XII did that day,
obscuring the question of culpability in a foil of generalised regret
for universal human tragedy. Do not normalize the atrocities and crimes
of a militarised nation which is willing to obliterate houses, lives,
entire neighbourhoods and communities in an indiscriminate and
disproportionate offensive against a battered and ghettoised populace,
to preserve a feeble illusion of Jewish supremacy.
How much longer
can we avoid recognizing and condemning Israel’s relentless assault on
the Palestinian people? How much longer can we hide behind semantic
arguments, in order to preserve the inviolable singularity of the Jewish
Shoah? Call it what you will – ethnocide, sociocide – Israel’s
systematic onslaught on the people of Palestine is a crime against
humanity and against Jewish values, and no amount of disputation can
justify our failure to act.
How much longer can we exclude
ourselves from the growing international Jewish voice for peace and
resolution, telling ourselves that “extremism” is not the way? We , Jews
against Genocide, believe there is nothing extreme about demanding
life, dignity and peace for a people brutalised and exhausted by decades
of institutionalised state terrorism.
How much longer will you
allow the State of Israel to perpetrate these terrors in the name of a
mythical Jewish unity, as self-appointed and unelected champions of the
Jewish people?

It is time we felt deeply the weight of our
obligation to serve and represent real Jewish values, assuming our
responsibilities and moral integrity as people who are commanded to love
their neighbours.

It is time our commitment to the contentment of
the community stopped overriding our commitment to truth and justice, to
the basic Jewish principles of mercy, compassion and loving-kindness.
Jewish spiritual leaders owe their communities something greater than
that. They owe them the guidance and encouragement to follow a path of
reason and mercy in dark and vicious times.
The children of Gaza are
dying. Hospitals are crammed with limbless people and burned babies,
both in Gaza and in other parts of Palestine, and running out of basic
supplies such as medications and disposables. No drinking water runs in
the taps of Gaza and electricity is scarce. The maimed victims have no
homes to return to, and the Jewish world stands aside.
This is the
time in the history of the State of Israel when the spiritual leaders of
the Jewish world must choose between real Judaism and blind loyalty to
Israeli Zionism.

Yours Sincerely,
Jews Against Genocide