Genocide is NEVER justified in Judaism

Hi all,
Here again
with a very good article from a Jewish author about genocide. What Israel is
doing in Gaza, is genocide, there is no doubt about it. The Zionist State of
Israel kills the civil population in Gaza. There is a whole army killing
civilians, and in particular innocent children.
And many
Jews, in particular orthodox Jews, also see this…
They see
this conflict exactly from the right perspective: it is colonialism, it is
unjust, and it has nothing to do with the religion of Judaism. It is ZIONISM,
and ZIONISM is inconsistent with the real and authentic JUDAISM of the Torah.
There are
still many supporters of the Zionist genocide against Gaza in Israel, but with
these intelligent and rational, ethical and religious voices about what
Genocide means in Judaism and why it is absolutely wrong and there are not
exceptions which could justify it, the association ProMosaik e.V. is convinced
that these Jews we have presented on our blog and on the website during this
month and the Jews protesting against this war in Tel Aviv can really change
not only Israel as it is at the moment, but also the relations between Judaism
and Islam.
I strongly
believe that the real Judaism is against what Israel is doing against
Palestinians. Real Judaism is against a blind and unjust genocide, as Judaism
is a religion based on ethical principles guiding Jewish behaviour.
And what we
see in the Israeli army has nothing, absolutely nothing to do with Jewish
morality… even if I am not an expert of Judaism and have just read a couple of
chapters of the Torah, when I studied theology years ago, and I loved Jewish
writers like Emanuel Levinas, I can tell you this for sure:
Judaism says
that only GOD can exit the Jewish people from exile… GOD decides, GOD is the
judge, GOD is also the only ONE who can take revenge.
No believer
in Judaism tolerates what is going on in Palestine now…. And no Jew believes that
this is the right way to go!

What we urgently need now is EMPATHY… the author is talking about it in her
article… this EMPATHY is exactly the interreligious and intercultural empathy
of ProMosaik e.V.
For
ProMosaik e.V. intercultural and interreligious communication and dialogue are
just the start… the final goal is EMPATHY in both respects. I have to be able
to put myself into the other’s position. This is exactly the position which
says: GENOCIDE is unacceptable in all cases, and always.
STOP THE
GENOCIDE – stop KILLING civilians! Stop killing children!
Wake up
Israel…and as Erich Fried says in his wonderful poetry: HÖRE ISRAEL!! (Listen
Israel!!)
In the sense
of the Torah, I want to tell all supporters of this barbaric war:
‏שְׁמַע יִשְׂרָאֵל
Thanks in
advance for your comments to this article written by Sarah Wildman,
Peaceful
Regards
Shalom!
Salam!
Dr. phil.
Milena Rampoldi
The
Editiorial Team of ProMosaik e.V.
August 1,
2014, 3:32pm
Genocide
Is Always Wrong 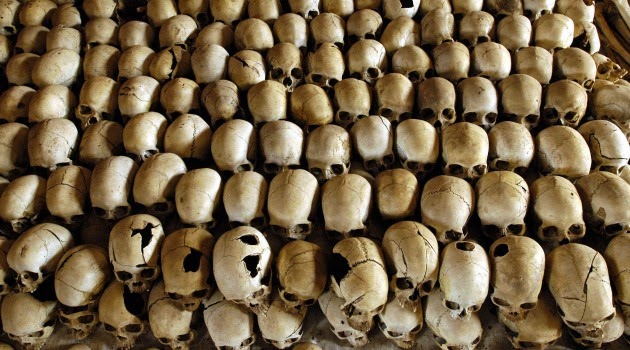 By Sarah
Wildman
Getty Images
It seems impossible to me that I am typing this line: Genocide is never
permissible. Full stop.
That one would even need to type such a line destroys me. That an author
proposed such an idea? A horror.
But It is also his newspaper. It is also the world he – they? We? – live in
where anyone could have possibly believe it was morally acceptable, that it was
even remotely possible, to not only conceive of, but to write, to propose, to
recommend, genocide. And then to post a story that endorses this destruction of
humanity, to let that story run, unadulterated, to allow it to be out there in
the world, the smiling face of its author next to it, as though this was not an
abomination. For that is what it is: an abomination.
For that is what it is: an abomination.
Times of Israel. For shame. Yes they took it down. But no. It should never
have been there.
Were we not children of genocide, it would still be unacceptable. Were we
not descendents of pogroms, of murder, of hate, it would still be unacceptable.
Were we not people who insist upon the humanity of all those around us.
Are we not that people? Are we not believers in the future?
To propose genocide is to permanently dehumanize us. To propose murder, to
propose destruction, is to have cemented over our own humanity in the creation
of a faceless enemy, is to have failed to see the basic humanity in us all.
No. We must stand up now and be counted and we must say: We revile this
thought. We must say: We reject your demand for destruction. Rabbis: you have
your sermon for Shabbat. Call upon your congregations to rise up, to declare
their revulsion.
Yesterday Rabbi Jill Jacobs issued a call for “radical empathy”: “During
the current war between Israel and Hamas, we desperately need radical empathy,”
she wrote. “By this, I mean opening ourselves to the pain of the other exactly
at the moment when we are terrified of this other, and exactly at the moment
when fear for our lives and for our loved ones pushes us inward.”
For weeks now we have been watching Israel and Gaza, hearts in mouths,
images of the deaths of children on our Twitter feeds, our Facebook scrolls,
our television monitors. The destruction is overwhelming, the fear reaches out
across the seas, takes hold of our throats.
“Where is this leading?’, we whisper, late at night, after we’ve switched
off NPR after learning another school has been hit, more children are dead,
another dozen people are buried. After another soldier has died, a parade of
burials continues, ad infinitum, day after day.
The power of these bombs already threaten to take all of us down with them.
Do not let these radical destructionists speak for you. We must, as Rabbi
Jacobs wrote, cry for all those lost.
As Rabbi Aryeh Cohen wrote for the organization T’ruah, “there is no basis in halachah,” in Jewish law, that gives “blanket
permission for the murder of innocents.”
“We must cry out for the honor of Torah,” he wrote. “The Torah that puts on
sackcloth and ashes when this barbarity is ascribed to her.”