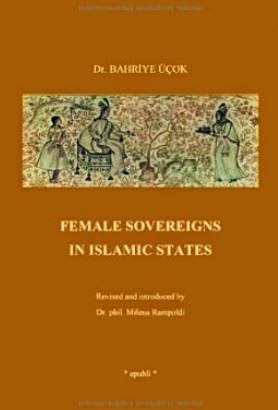 The first aspect Dr.
Rampoldi stresses on when she comments Dr. Üçok’s book is the historical
approach to the matter of women and political participation in Islam.

If we go back
to history, we start understanding that women also participated in politics in
Muslim countries. Starting from this historical reality, we can see how Islam
originally granted extended political rights to women. And exactly these rights
should be re-granted to women in Muslim countries today by overcoming
segregation and exclusion. In the introduction Dr. Rampoldi explains how this
exclusion was justified religiously, by manipulating and generalizing sources:
“The
androcentric point of view asking for total exclusion of women from Islamic
politics, which has succeeded for centuries, starts from two very daring
conclusions: According to this tradition, women should not be allowed to govern
because their governance means that empires WILL NEVER prosper. But there is an
additional conclusion related to this starting point, and it is the exclusion
based on Quran, Sunna and the consensus of Muslim scholars, on the basis of the
Quranic verse 4:34, which does not relate to politics but to the relationship
between genders in marriage, in which only the husband must financially support
the family. Therefore, from the housewife many traditional scholars
monistically deduct the un-political woman, who is not allowed to participate
in politics and society. They even go a step further by affirming that female
rule is even haram, i.e. forbidden by
Sharia law. However, they take another step by affirming that women do not have
the intellectual and personal skills required by a ruler”.
In opposition
to all that, let us have a look at history: let us read the stories written by
the Turkish author about women ruling in Muslim States from India to Egypt,
from Bhopal to Salgur, from Acheen to Kutluk, to quote a couple of examples.
Let us
understand Islam in PLURAL, let us discover the biographies and political
struggles of women in Islamic countries, women who had to fight in a misogynic
environment. What ProMosaik considers the great contribution made by Dr. Üçok
is her “historical analysis concerning countries and cultural environments,
conditions and modalities according to which women ruled States during Muslim
history”.
The
world is colourful.
The
world is a big, colourful mosaic made of so many different stones connected
with intercultural and interreligious bridges.